EastEnders stalwart Dot Cotton (played by June Brown) fell victim to a fraud attempt on Christmas Day and while she brushed the incident under the carpet, other family members were quick to place the blame. Those watching at home saw Dotty Cotton (Milly Zero) point the finger at Martin Fowler (James Bye), but what she doesn’t know is he has been too busy setting up Keanu Taylor’s (Danny Walter) fake death to conjure the scam. Now it seems Sonia Fowler (Natalie Cassidy) is raising suspicions and some fans are going out of their way to explain why she is the thief.

In the New Year’s Day flashback episode, BBC One viewers tuned in to see the eyebrow-raising moment.

Scenes which aired saw Dotty piece together clues, determined to find out the identity of the culprit who could be so brazen as to steal £5,000 of Dot’s money which was given to her by Dr. Legg.

Wanting to help, Sonia offered to phone Dot’s bank to see if they knew anything about the incident.

At first, viewers were curious as to whether or not a bank would be open on Christmas Day, but that wasn’t the biggest concern, it soon became apparent, the phone Sonia was using wasn’t actually plugged in. 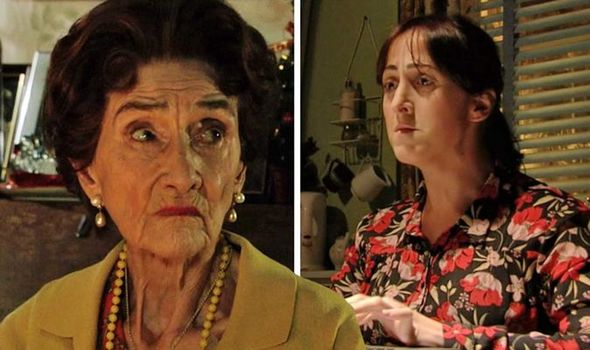 Later on, Sonia decided to try online banking instead, and when she logged into Dot’s account, she was faced with her hefty current balance.

Staring back at her was an almighty sum of £1,188,424.34 and the only thing Sonia did was log out and delete her browsing history.

With tears in her eyes and anguish on her face, she picked up the Bible and looked incredibly guilty.

Following this, fans have speculated as to why Sonia would steal the money. 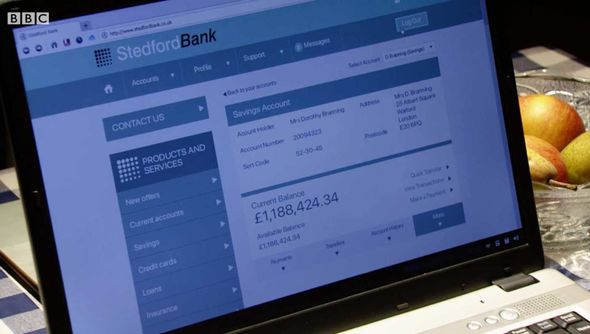 Taking to Twitter to discuss, one said: “Didn’t expect that from Sonia and then she had the nerve to pretend to be on the banks fraud line! What did she need the money for… a new trumpet?!” (sic)

“Sonia took Dot’s money to pay for a flight for Keanu to go and live in Portugal, so Martin will fall back in love with her,” another commented.

A third remarked: “But why has Sonia stolen the money from Dot? Is it something to do with Martin?”

“Did Sonia steal the money to help Martin out? He told her he’s killed someone and she loves him?” Someone else wrote online. 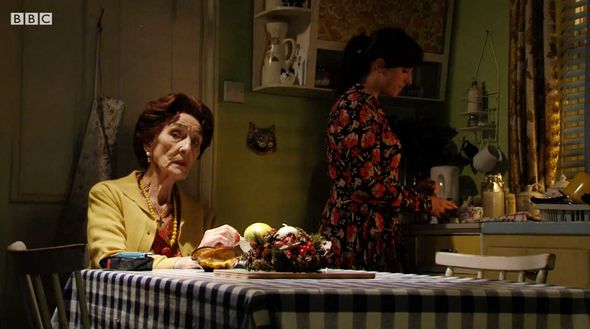 It comes after her dodgy-ex husband Martin, may be in need of some money, in order to leave Walford.

Having agreed to Ben Mitchell’s (Max Bowden) demands, Martin found himself between a rock and a hard place after realising the person Ben wanted dead was in fact Keanu.

In an explosive Christmas Day episode, those watching at home saw Martin shoot Keanu, with video footage to prove it.

But it was all fake, as on Friday night, Keanu was seen at the airport saying goodbye to his mother Karen Taylor (Lorraine Stanley), very much alive and kicking.

While it will be a few months if not years before the Mitchell’s find out the plot twist in regards to Keanu’s death, could Martin want to leave the Square and not risk them finding out the truth?

He could be the second in a line of other EastEnders resident’s departures as Louise Mitchell (Tilly Keeper) is also set to exit.

It comes after the actress announces her departure from her character and fans could see her and baby Peggy jet off to Portugal in upcoming weeks.

EastEnders returns tomorrow night at 7.30pm on BBC One.