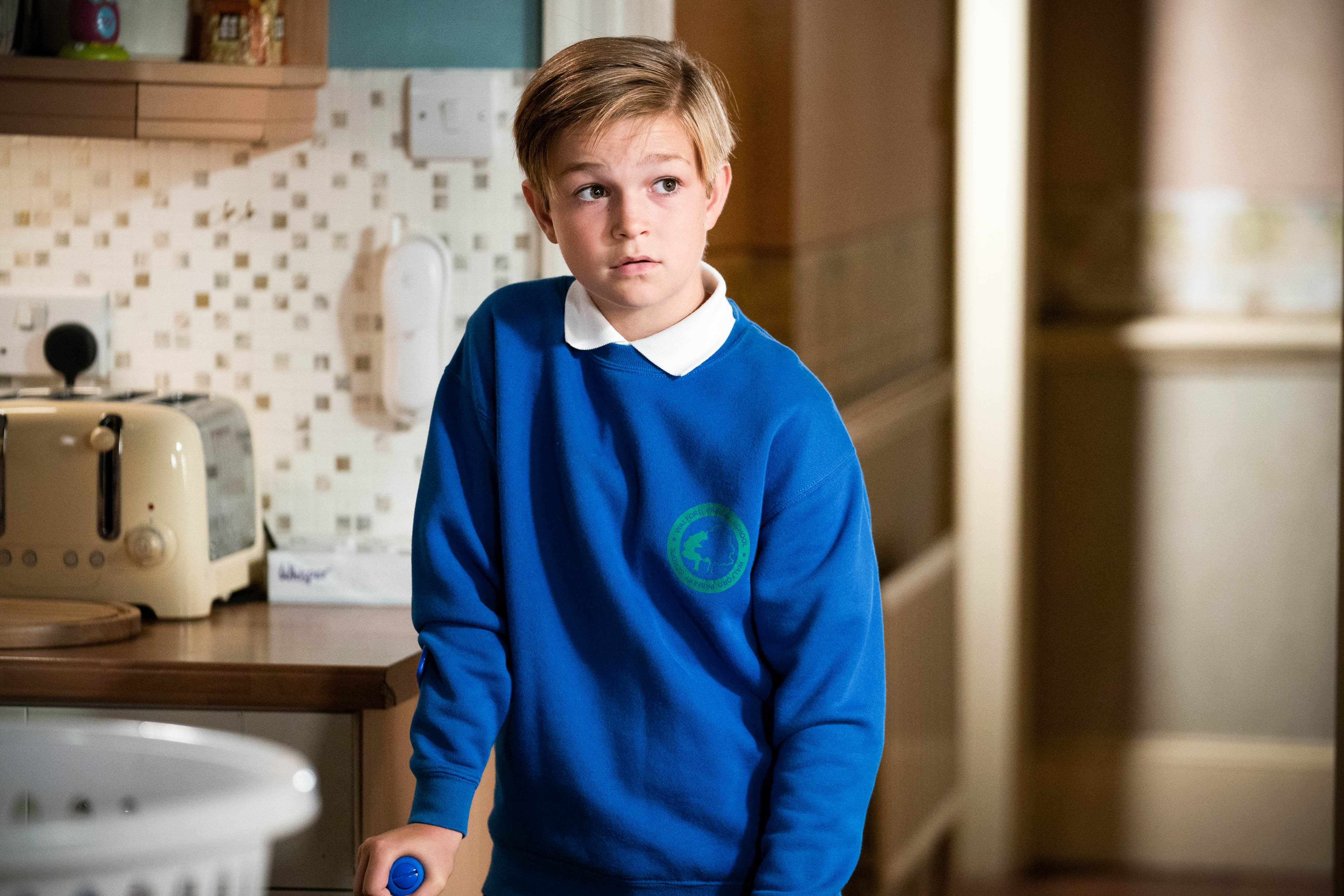 Those familiar with EastEnders past may recall sociopath Michael Moon’s war of the minds with Janine Butcher (Charlie Brooks) – which eventually ended in his death which Janine framed Alice for.

Keeping up? Well Tommy Moon is the son of Michael but was brought up by Alfie. This makes Scarlett, Janine’s daughter, his half-sister.

Scarlett and Janine are now back on the scene. Okay? And Tommy has wanted answers about Michael.

Naturally, the guy who tried to poison and then throttle her and also the man she killed isn’t top of her favourite people of the past list for Janine so she has been pretty honest about what kind of man he was.

So will Tommy overhear? He has been distant recently and soon Kat (Jessie Wallace) is on the warpath against Janine.

Jean gets Tommy to open up, and he tells her he wants to know where Michael is buried. Kat gets him to talk and is soon storming out to confront Janine.

As Kat and Janine square up to one another, what will Janine have to say? And can she and Kat make an effort to make things better for Tommy?

We somehow suspect that things are about to get even worse and when things get nasty between the warring women, what will it mean for Tommy and Scarlett?

After all, they are the ones caught in the middle of the feud and therefore likely to suffer the most.

Will Janine and Kat ever find a way to move forward for the sake of the kids before any more damage is done?