EastEnders’ Gray Atkins (played by Toby-Alexander Smith) is determined to prove Whitney Dean’s (Shona McGarty) innocence and restore his reputation with his former colleagues. However, the troubled market trader has struggled behind bars and refused to cooperate with the disgraced lawyer over fears he wasn’t really on her side.

In recent scenes, Gray was overjoyed when he finally discovered some evidence that could clear Whitney’s name.

The lawyer set off to Whitney’s house and discovered proof that Leo King (Tom Wells) had been hiding away in her attic.

After discovering the creepy hideout, Gray turned to Sonia Fowler (Natalie Cassidy) and said: “I’ve got him.”

His mission to win her case ramped up even further when Chantelle Atkins (Jessica Plummer) revealed she’d taken on another job to help pay the bills. 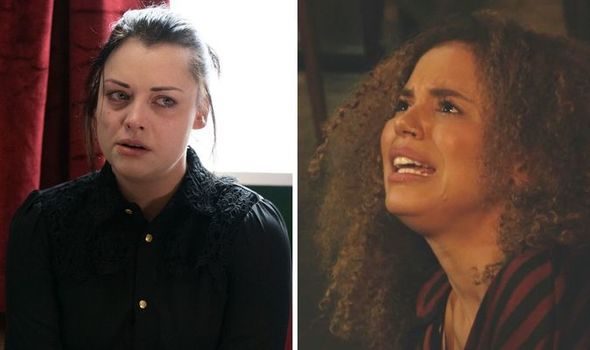 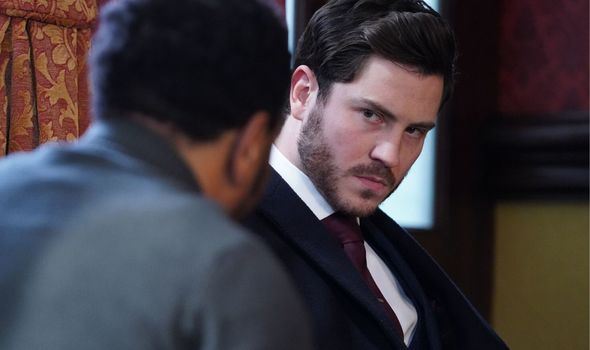 After brutally assaulting his wife last week, Gray has been trying to prove to her that he’s changed but he couldn’t keep a lid on his anger when she announced the news.

The disgraced lawyer is used to being in control and desperately wants to get his old job back so he can force Chantelle to stay at home.

However, will Gray clear Whitney’s name and will she discover the horrible truth about his marriage?

Express.co.uk spoke to Andrew Gilmore, Head of Criminal Law at Grosvenor Law to find out how Gray would be able to proof Whitney’s innocence. 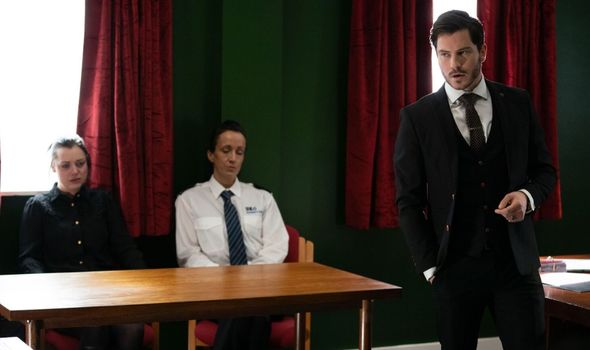 Andrew explained: “Technically, the burden of proof remains with the prosecution when self-defence is raised.

“They must prove beyond reasonable doubt that Whitney was not acting to defend herself (or someone else or her property); or that if she was defending herself, she was doing it with unreasonable force.

“Whitney’s legal team would obviously seek to support her case by calling any evidence she could show that she had acted with reasonable force.”

He continued: “It would be likely that the defence lawyers would want the jury to hear any evidence of Leo’s past stalking and the history of the case.”

“This would help to establish that Whitney was in fear of her personal safety at the time of the murder.

“Ultimately, it would be for the jury to decide whether Whitney thought she was in danger or about to be attacked by Leo, and if so, it would then be for them to assess whether the force used was reasonable and proportionate.

“The very fact Leo was in Whitney’s home with a knife would be taken into consideration by a jury and so the crime scene evidence would be looked at closely by Whitney’s defence team.”

He added: “While she is not compelled to give evidence, Whitney’s live testimony before the jury would likely be the most powerful proof in her defence and her legal team would probably be advising her to take the stand, as there are no other witnesses to the incident.”

Since finding herself in prison, Whitney has only allowed Gray to visit her and in light of how much this new evidence could help, the troubled market trader will be extremely grateful to the lawyer.

Chantelle’s family has no idea about her husband’s violent side but Gray could find himself opening up to Whitney and revealing all following his horrific realisation of the injuries he sustained on Chantelle.

Andrew explained that Whitney’s testimony could be vital in securing her freedom but she could use it as an opportunity to expose Gray’s true colours.

EastEnders continues Monday on BBC One at 8pm.

Alex Jones derails The One Show after wardrobe mishap ‘Give her another top!’