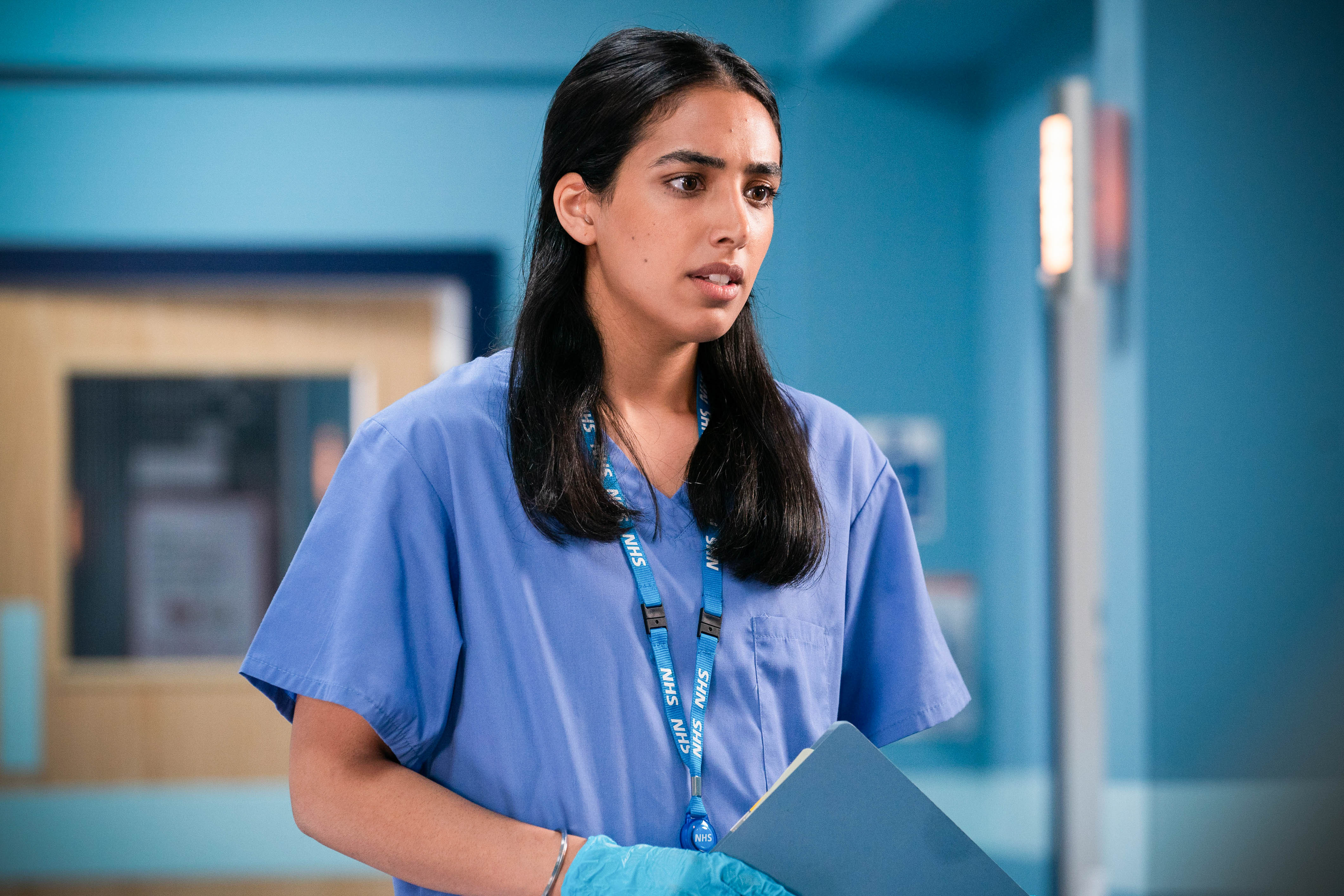 EastEnders star Gurlaine Kaur Garcha has revealed that she was emotional after reading the script for an upcoming scene which sees Ash Panesar subjected to racist abuse.

The actress, who has portrayed Ash for two years, explained that the scenes brought back upsetting memories of a recent verbal racist attack she had experienced.

‘I wasn’t expecting it but after I read the scripts I got really emotional,’ she said. ‘Not because I didn’t want to do it but because I had encountered a racial verbal attack myself recently so it bought it all back for me.

‘I was going through those same feelings that I felt when it happened to me. I felt like I had a responsibility to show people that they can challenge these things and if something has made you feel uncomfortable due to the colour of your skin or where you’re from, challenge it.

‘It’s important to explain why it’s not right and to not let them get away with it. I really wanted to do it justice, it was a shock to read the script but something I was really happy and on board to do.’

Ash is attempting to get through her assessment at the hospital in upcoming scenes, when a patient refuses to be treated by her because she’s not white.

It’s a big day for her, and matters are made worse when her boss discovers she’s lost her work pass and failed to inform her about it.

Ash subsequently encounters Harvey Monroe (Ross Boatman), who was driving the cab she threw up in previously, and he berates her, before making a comment that stops her in her tracks.

Discussing what advice she would give to Ash when dealing with people like Harvey, Gurlaine said: ‘Challenge it – have conversations, open and honest and explain why it’s hurt you – why it’s offensive.

‘I’ve had things said that weren’t directly offensive to me or my faith but would be offensive to other people, it doesn’t make a difference if it’s going to be offensive to someone else, tell them why and educate them about why it’s offensive and why certain things can’t be said.

‘I’ve had these conversations in my personal life and even if it’s a long conversation to have, it’s worth having because it prevents someone from being a victim to it in the future and that person may not have the confidence to speak up. Challenge it and have conversations is what I’d say to Ash.’

EastEnders continues Monday October 11 at 8:05pm on BBC One.