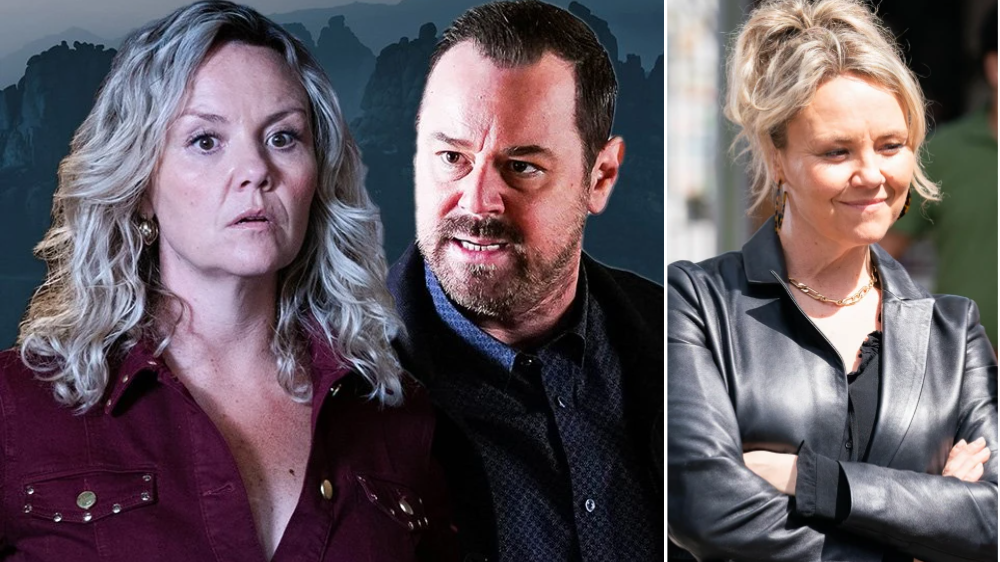 It’s no secret that Danny Dyer is set for an explosive EastEnders exit when his character Mick Carter bows out in a clifftop showdown.

It is becoming more and more clear that killer Janine Butcher will have a significant hand in the major climax, and Charlie Brooks has now confirmed that Mick had better beware, as his wife-to-be will soon turn on him.

‘Janine won’t change her colours, and if someone turns on her, she will be the first person to retaliate,’ the actress warns.

‘My version of Janine is that there’s a deep self-loathing in her and hurt people hurt people, don’t they?’

Having played the character on and off for many years, Charlie is not without sympathy for her.

‘There’s a sadness to her, I think,’ she mused. ‘There’s so much grandiose “I’m wonderful, and Mick’s lucky to have me” and all that is on the surface but actually, what’s going on underneath is a very small child, a little girl who’s totally lost and trying to survive and has never felt looked after.

‘There’s been abandonment, she’s had trauma, and it plays out in all the wrong ways.’

Fearing that Mick will reunite with ex-wife Linda (Kellie Bright), Janine naively reckons that once that ring is on her finger, her happy future is sealed.

‘Her panic is that he’s going to change his mind, he’s not going to want to marry, and he loves Linda,’ Charlie explained to us.

‘But if she can get him down the aisle, then that’s it, signed and sealed. And at worst, it means she’s got ownership over the pub if nothing else.’

But the spectre of Linda looms large, there is clearly still a spark between the soulmates which Janine will struggle to extinguish.

Charlie relishes playing the feisty scenes with Kellie, particularly as they are so close in real life.

‘Well, luckily for me, Kellie is my soul sister, and we get on like a house on fire, so we have so much fun,’ she grinned.

‘I love it. I really want to see more of it in the future. It’s a dynamic duo for sure, and I love working with Kellie.’

More confrontational scenes seem inevitable, as pictures confirmed intense filming between the characters, which result in a car flying over a cliff – and Mick ending up in the water.

The storyline will also see Charlie depart her role as Janine after an 18 month stint.

However, there will be no shortage of drama before that goodbye…

Plebs Season 5: What time is it on tonight? Cast, how to watch and more