Emmerdale fans have seen Charity Dingle (played by Emma Atkins) struggle to cope with the absence of her fiancée Vanessa Woodfield (Michelle Hardwick) after she has temporarily left the village, as she continues to undergo treatment for bowel cancer. However, tonight saw her sink to new lows as she argued with her poor son Noah (Jack Downham) and told him he was just like his father, Chris (Peter Amory) – but could this be a clue a surprise return from the dead could be on the cards?

Charity and Chris married in the early 2000s as rival clans – the Tates and Dingles – were joined together by a tumultuous marriage.

The pair went on to have a son, Noah, who is now 17-years-old and has started to think about his future.

And he has become helpless after Charity has turned back to drinking following her split with Vanessa.

Eventually, the teen decided he had no other solution than to leave his mum behind. 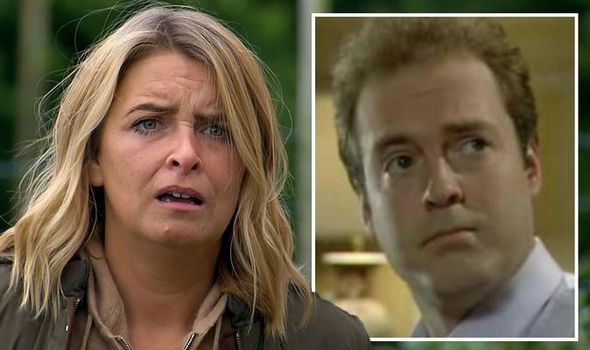 Tonight, the mother-and-son duo clashed once more after she learned of his plans to join the army and leave the Dales.

Noah seemed desperate to get away from the drama of his mum’s life and Moira Barton (Natalie J Robb) told Charity the news.

But she soon turned spiteful and insulted her young son, saying he was “just like his father.”

Long-term fans will remember Noah’s dad Chris died back in 2003 with Charity by his side. 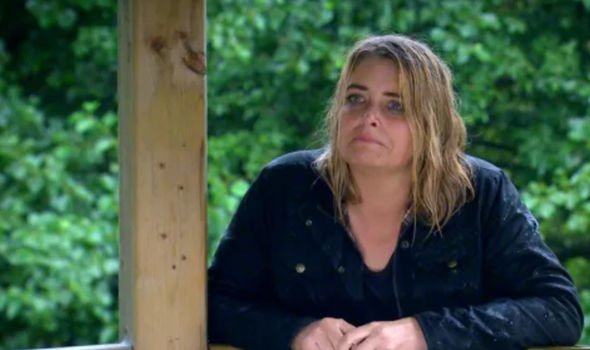 He blew all of his money and left her with nothing after learning he had an inoperable brain tumour.

It also came amid his discovery Charity was having an affair with her cousin Cain Dingle (Jeff Hordley).

But could this mention be a clue one of the show’s most infamous villains may make a surprise return from the dead?

Eagle-eyed viewers soon picked up on the mention of the former character.

“Poor old Noah. Having Chris Tate’s genes was never going to bode well for him,” said another.

Noah never met his father due to Charity not discovering she was pregnant until after Chris’ death.

But with tensions continuing to heighten for Charity as she becomes gripped by alcohol, could he end up returning in ghost form?

He wouldn’t be the first character to make a similar return after being killed off.

Fans heard Belle Dingle’s (Eden Taylor-Draper) mum Lisa (Jane Cox) speaking when the former became convinced she could hear her in her head.

So, it wouldn’t be out of the question for Chris to make a comeback in a similar fashion.

However, will Charity manage to patch things up with her son, or will it be too late?