Previous scenes on Emmerdale saw Harriet Finch (played by Katherine Dow Blyton) almost killed when Lucas pointed Will Taylor’s (Dean Andrews) gun at her. The youngster thought it was a toy and wanting to make sure he never got his hands on it again, Harriet asked ex-lover Cain Dingle (Jeff Hordley) to dispose of it. However the gun drama could come back to cause trouble for Harriet and Will putting their lives in danger.

When Cain took the gun from Harriet, he shot Nate Robinson (Jurrell Carter) as he believed he was a rustler.

Nate is now recovering from the incident and covered for his father, telling the police he doesn’t know who shot him.

Cain has also disposed of the gun so there’s no evidence he was the shooter.

But the police aren’t convinced and are determined to find out what really happened. 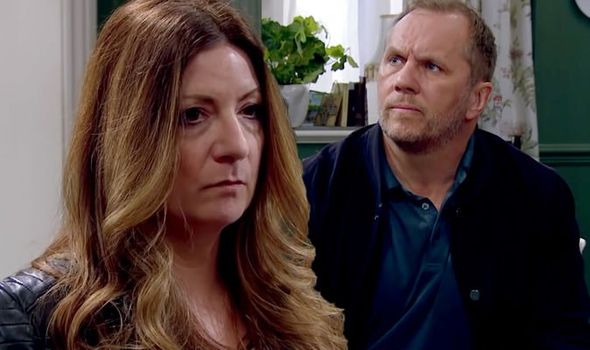 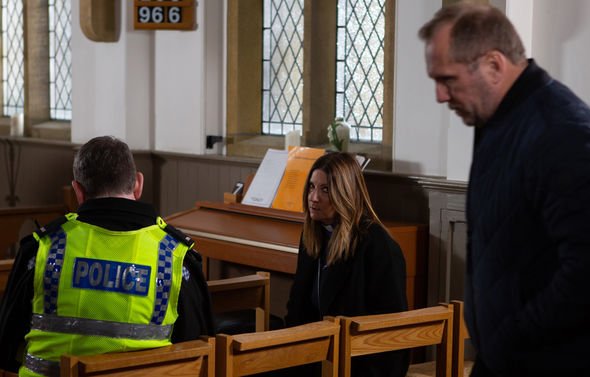 In coming scenes, viewers will see Will and Cain interrogated by the police as they reveal new evidence has come to light.

Knowing he could be in trouble if the police find the weapon, Will asks Moira Barton (Natalie J Robb) where the gun has been hidden.

He goes on to reveal the gun was owned by the gang he used to work for, which was exposed by Harriet when she was a police officer.

But now links to the gang return to the village and Will is worried he could lose Harriet all over again. 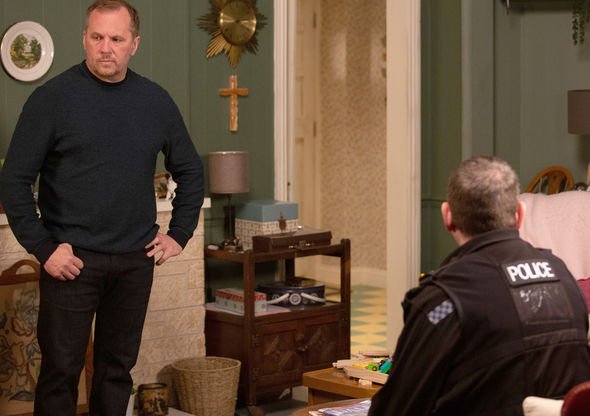 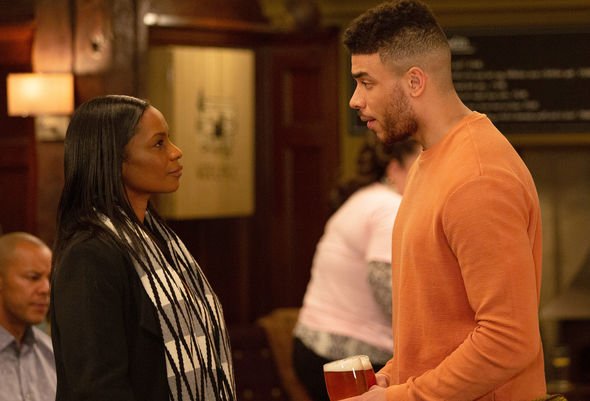 Not wanting to put Harriet’s life in danger, Cain takes it upon himself to clear up the mess and properly dispose of the gun.

But as he does, he is watched by newcomers DI Malone (Mark Womack), who takes note of his behaviour.

DI Malone then turns up to chat to Will asking him what really happened with Nate and where the gun used is.

Will keeps quiet but it’s clear DI Malone won’t back down and has it in for him.

It won’t be long before viewers find out why DI Malone has taken such an interest in Will.

Could he be set to target Harriet in order to control Will and the villagers around him?

It comes as Nate is set to make a life-changing decision which could see him leave Emmerdale.

His mother Cara Robinson (Carryl Thomas) will turn up and get involved in his love life trying to advise him on what is best for him.

Cara blames Cain for putting her son in hospital and making it difficult for him to settle in the village.

She will also meddle in his relationship with Tracy Metcalfe (Amy Walsh) insisting they aren’t a good match.

But Nate hits back at his mum insisting he wants to give Tracy a chance and not reject her like Cain’s family did to her.

They will try to resolve things but it remains to be seen if Nate will leave the village with his mother or stay with Tracy.

Brits 2019: The 1975 beat Little Mix to Best British Group as they call out misogyny in music industry in acceptance speech

The untold truth of Trish Regan