Vinny (played by Bradley Johnson) has been coming to terms with the death of his father and Emmerdale villain, Paul Ashdale (Reece Dinsdale), recently as well as seeking counselling for the abuse he was put through by the deceased. The youngster has had the support of his adoptive mother Mandy Dingle (Lisa Riley) and friend, Liv Flaherty (Isobel Steele) but the absence of his birth mother has been more noticeable than ever. As the weeks pass on the ITV soap, fans could be seeing a new arrival as the mysterious character from the teenager’s past emerges from the shadows now her abusive ex is dead.

At the start of Thursday night’s double-bill, Vinny and the rest of his family were getting ready to attend the christening of baby Frankie.

The youngster told Liv: “Do you know, I’ve never actually been to a christening?” to which she asked: “Not even your own?”

“I don’t even know if I had one,” the beloved character replied, stating: “Dad wasn’t really into God.

“Scared he would get struck down,” he continued, before delving into the impact his counselling was having on him.

“It’s left me with more questions than answers, like why did my birth-mother really leave?” he told his friend. 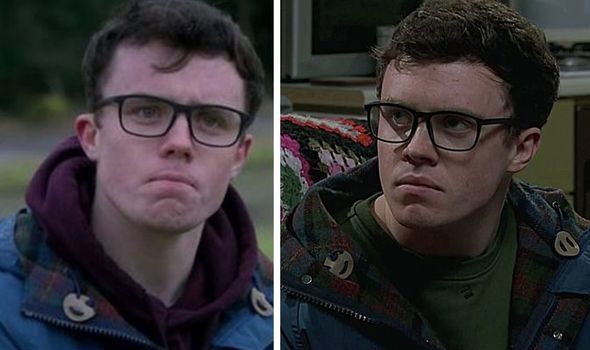 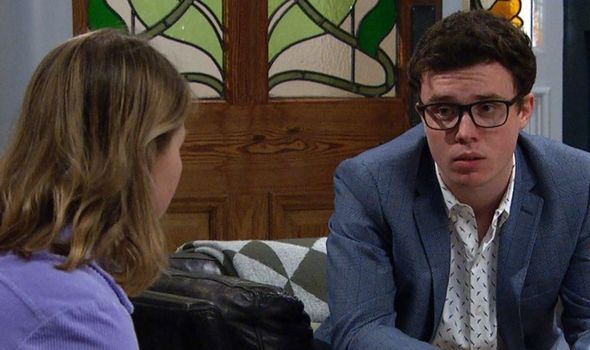 “You know, was Paul taking her money, or was he hitting her?” he explained before Liv told him he was going to “drive himself mad”.

“I know it’s not helpful,” he replied and his friend said: “Mandy would be gutted if you went looking.”

“I won’t but it doesn’t stop me wondering, does it? I mean, do you not wonder about your mum?” he asked the youngster.

“Yes, but I know too much and it’s all bad. You think you want answers but sometimes they end up hurting you more,” she declared.

The pair were interrupted by Aaron Dingle (Danny Miller) but could this scene have been teasing what’s to come? 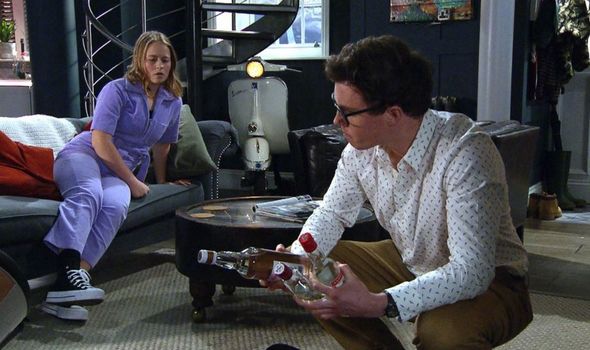 Why did my birth-mother really leave?

The mysterious character could make her arrival in the village as she gets wind of the news Paul is dead and buried.

No longer needing to be scared, the unknown matriarch of the Ashdale clan would want to reunite with her long-lost son.

Mandy might know who she is and be floored to see her walking about the village and asking about Vinny.

Realising her adopted son needs to know his birth-mother, will the loveable Dingle family member arrange the meeting between the pair? 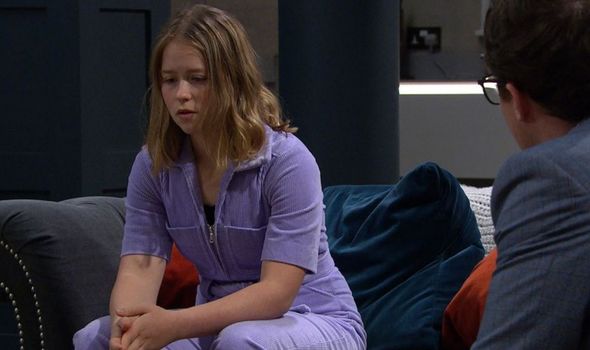 Viewers have no inclination as to who Vinny’s mother is and why she left her son with Paul when he was just a baby.

It could be the deceased villain is even more menacing than some might have thought as the youngster finally learns about his past.

Having heard why he was abandoned by his birth mother, will the youngster want to build a relationship with her or will he turn his back on her?

As Thursday’s episode continued, Vinny had more than his birth-mother to think about as he discovered Liv was drinking again.

The pair began talking about Paul’s death and how he had beaten Liv within an inch of her life before he was killed.

However, what he didn’t realise was Liv left his father to die as he called out for help when the wedding barn collapsed on him.

“So you knew he was going to die? Could you have got him out?” Vinny asked to which his friend replied: “I don’t know.

“Please stop looking at me like that. I could have done more. Vinny, please don’t hate me,” she added.

“I have been asking for the truth and I thought it was me, Liv, and I’m guessing Aaron knows as well?” Vinny asked.

“Yes, it’s broken his heart,” she declared to which Paul’s son hit back: “And what about my heart?”

“Look at you, look at the state of you,” he exclaimed with Liv asking for his help to stop her drinking.

“No,” he declared before walking out the door and leaving his friend in floods of tears, wondering if she would ever get rid of the guilt she was feeling.

The arrival of Vinny’s birth-mother could not come at a worse time for the teenager as he risks losing one of his strongest relationships in the village.

With so much to deal with, will Vinny be able to continue living life in the Dales or will he leave with his birth mother?

The Truth About Kristen Wiig’s Ex-Husband