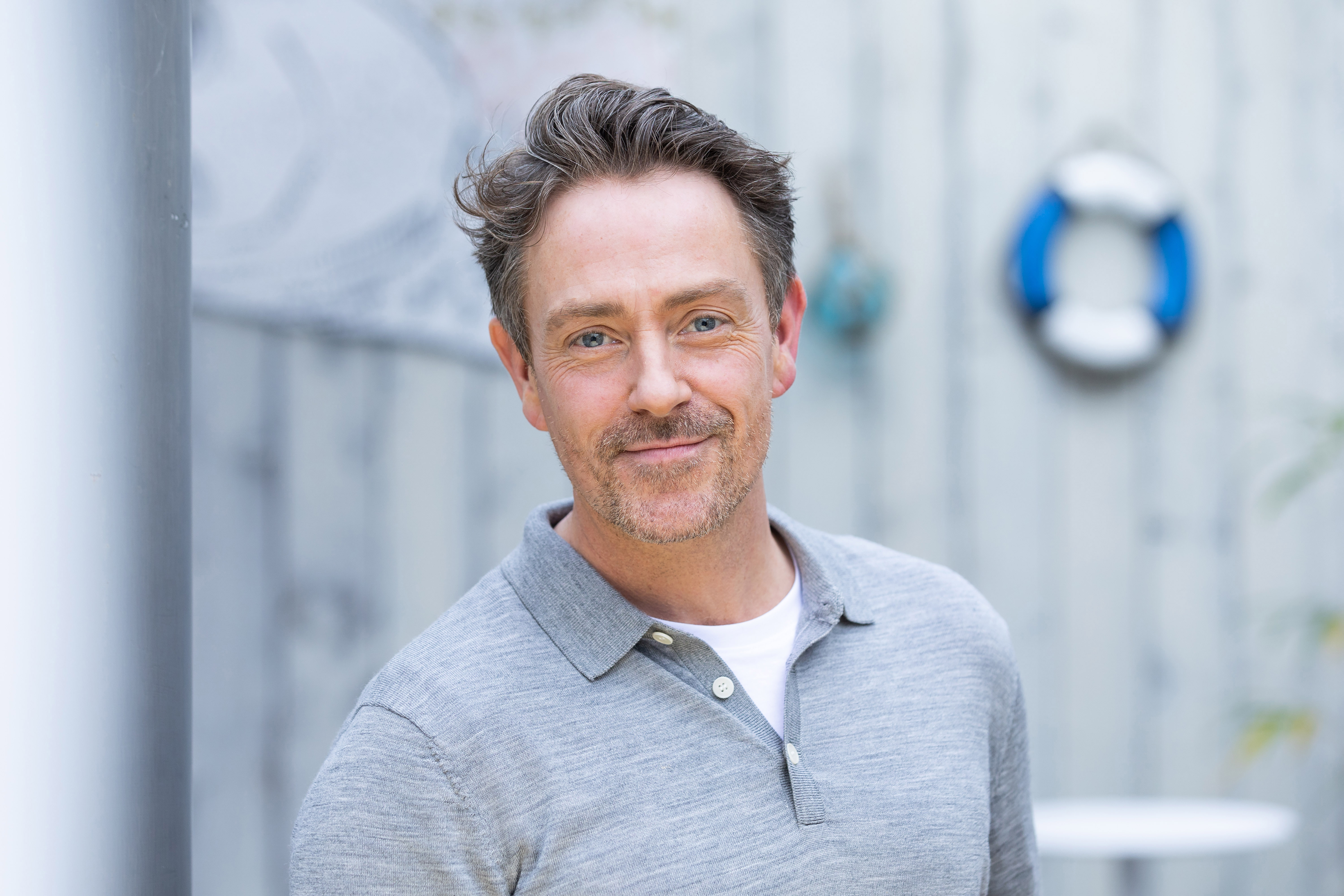 Dominic Power has joined the cast of Hollyoaks, it has been confirmed.

Dave moves to Chester’s most infamous village at a transitional time for a number of the residents, and let’s just say that there is much more to him than meets the eye!

His happy-go-lucky approach to life is what everyone loves, but his world could be set to come crashing down, when a shocking discovery is made, and it’s one that opens old wounds and new!

The newcomer’s arrival will prove to be a real baptism of fire, as he comes face-to-face with Theresa McQueen (Jorgie Porter), and a showdown ensues between the two over the sale of a dolls house.

Afterwards, over at the McQueen residence, fireworks ensue!

But what kind of fireworks? You’ll just have to wait and see!

Dominic, 48, said of his casting: ‘It’s an honour to be part of such an iconic British soap.

‘Can’t wait for the Hollyoaks fans to meet Dave!!’

The soap star is best known for playing the evil Cameron Murray on Emmerdale, a role he held for four years between 2011 and 2015.

He’s also appeared in Doctors, portraying three different characters, the latest of which featured heavily during 2017.

The 48-year-old starred in the first series of ITV crime drama Unforgotten, and he also popped up in an episode of EastEnders back in 2000.

Dominic will make his Hollyoaks debut on Wednesday December 1 on E4, and again on Thursday December 2 on Channel 4.