As the ninth act, which was James Newman for the UK, was about to appear, BBC presenter Graham Norton told Eurovision viewers to toast the late legendary broadcaster, Terry Wogan, who provided the radio commentary for the contest from the 1970s until 2008. Emotional viewers joined Graham in remembering Terry, who died aged 77 in 2016.

The reason the ninth song in the show is associated with him is because of some advice Terry gave Graham.

Speaking to BBC during a previous Eurovision build-up, Graham said: “For those who aren’t aware song number nine is famous because Sir Terry always warned me not to have anything to drink until that point.”

On Saturday, he paid tribute once again before the ninth entry, saying: “Song number nine – when we raise our glasses to the memory of Sir Terry Wogan who was, and always will be, the voice of Eurovision.

“But of course this year, song nine gives us another reason to raise a glass – to wish James Newman well.” 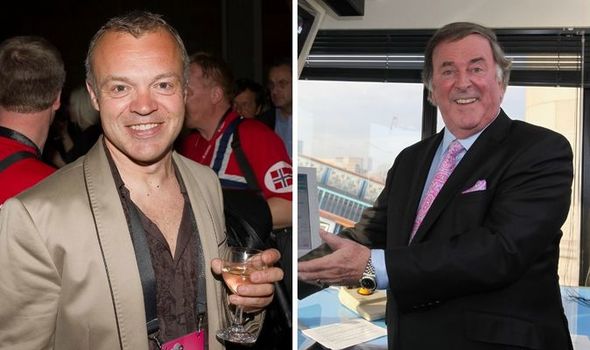