France has recorded over 4,500 new coronavirus cases as of August 11, an increase of 4,127 compared to the same day in July. Boris Johnson is believed to be planning to include France in a list requiring all holidaymakers returning from the country to quarantine upon their return. Travel consultant Paul Charles told Good Morning Britain the change could come as early as tomorrow.

Mr Charles said: “I’d expect to see the Government make a decision on Thursday about which countries are included.

“That’s likely to include France, Malta and The Netherlands added to the quarantine list.”

Britons holidaying in France are believed to have been making arrangements in preparation for the potential addition of France on the quarantine list in the coming days.

Holidaymakers were taken by surprise last month when the Government announced people returning from Spain would need to stay home for 14 days less than 24 hours before the measure would come into effect. 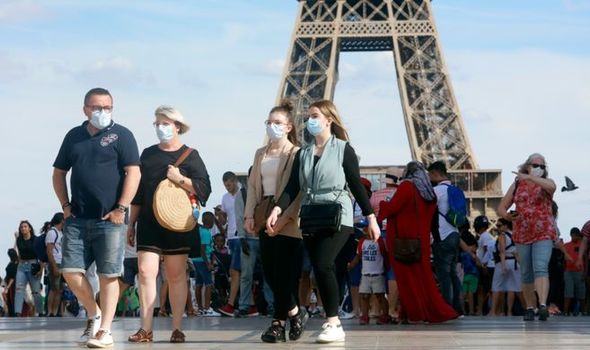 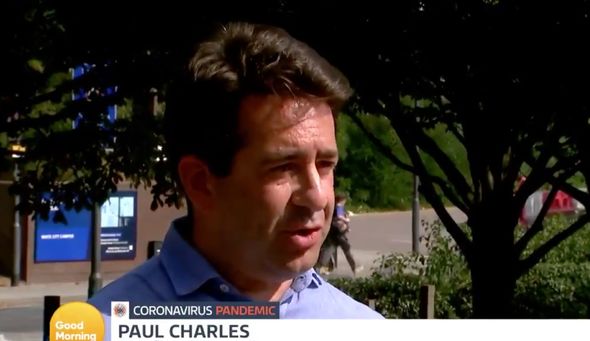 The Government has long maintained “there is no risk free way of traveling overseas” because of the coronavirus pandemic still raging across the world.

Prime Minister Boris Johnson and his Cabinet have insisted they will “not hesitate” to slam new quarantine measures on European countries in order to avoid a second wave of COVID-19 cases in the UK.

Health Minister Helen Whately said: “We took action in Spain when we saw the rates going up there rapidly.

“With France, we have to keep it under review and I would say to people just keep an eye if you are planning a holiday – keep an eye on the Foreign Office advice and be clear on your insurance terms and conditions.”

The rise in cases across France has forced Emmanuel Macron to extend safety measures and to make face mask use mandatory in busy outdoor areas.