Daenerys Targaryen (played by Emilia Clarke), Jon Snow (Kit Harington), and everyone at Winterfell were continually moments away from death in last week’s Game of Thrones.

Luckily, most were saved as Arya Stark (Maisie Williams) killed the Night King (Vladimir Furdik) in a huge turnaround.

But the shared traumatic experience might not let the characters, particularly Daenerys and Sansa Stark (Emilia Clarke) forget their differences with each other.

HBO have released photos from the upcoming episode ahead of its airing on Sunday night and it seems there’s only more devastation on the horizon.

The dead from the battle can be seen put together in groups as Jon and others prepare to burn their bodies by lighting the wood they are laying on top of with flaming torches.

Also, the main core of characters appears to be split into two.

The Starks, Arya (Maisie Williams), Sansa and Bran (Isaac Hempstead Wright) are together on one side with Davos Seaworth (Liam Cunningham) and the Hound (Rory McCann) standing behind them.

Meanwhile, Daenerys stands on the other side flanked by some of her supporters and counsel.

After all they’ve been through, are things frosty between the two groups? 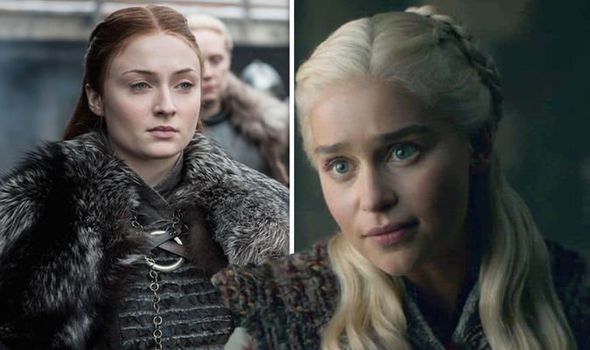 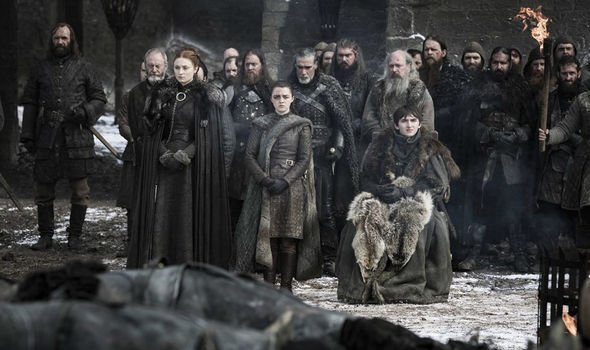 Before the White Walkers came, there were clear tensions between Daenerys and Sansa.

Daenerys had approached Sansa as she sensed there was some animosity between the pair of them.

Sansa made it clear she was concerned about the North and that the northern people didn’t want the kind of leadership that had been going on.

Tensions will no doubt still be present but will it lead to trouble?

Other photos show the Targaryen fleet setting sail, potentially on their way to King’s Landing.

Cersei Lannister (Lena Headey) can be seen in one snap gazing down out of a window with Euron Greyjoy (Pilou Asbæk) standing behind her. 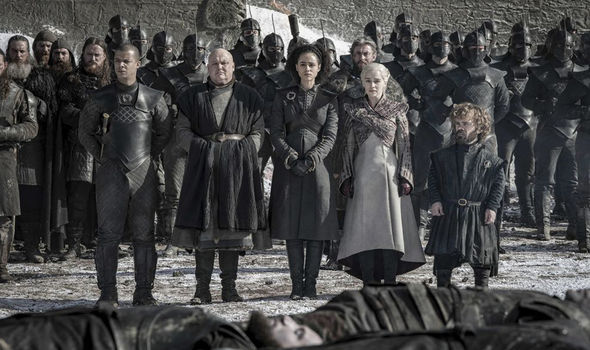 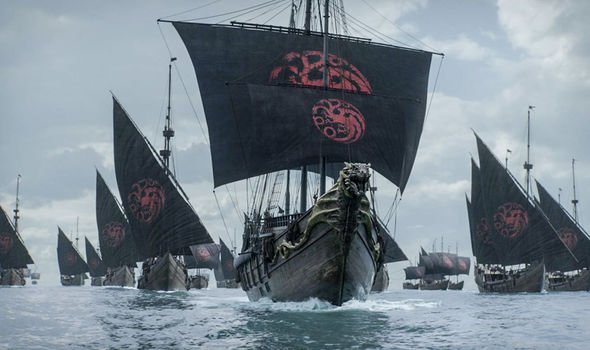 She could well be looking at those from the North arriving in King’s Landing.

Brave Lyanna even managed to slay a giant before she died.

In a post on Instagram, Lyanna star Bella has addressed her final moments as she wrote: I had a song in my head during the filming of episode three… Every Giant Will Fall by @rendcollective it basically sums it all up.

“I’m overwhelmed by the response, thank you so so much. “I will not hide underground. I pledged to fight for the North, and I will fight” RIP Lyanna #gameofthrones #everygiantwillfall #lyannamormont.”

Game of Thrones continues Sunday on HBO in the USA and the following day on Sky Atlantic and NOW TV in the UK.