On Thursday’s Steph’s Packed Lunch, Steph was joined by Gemma Atkinson, Russell Kane, Anne Longfield, and Gerald Stratford. However, in a segment about heart attacks, Gemma detailed why daughter Mia is the reason she is going to get herself checked for heart disease.

Steph noted that women often ignore symptoms as they believe it is only men that can have heart attacks.

She advised everyone get checked if something doesn’t feel right, and that “the NHS is there for a reason”.

Gemma shared Steph’s sentiments and urged people to get checked for any heart issues. 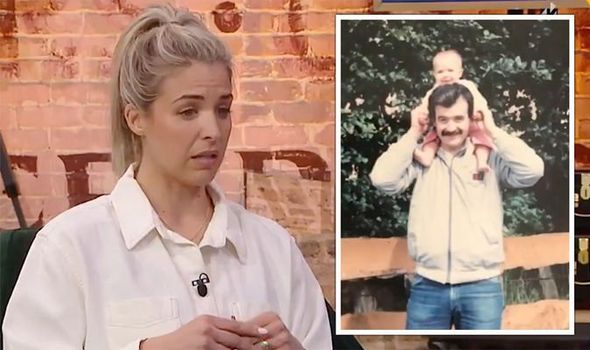 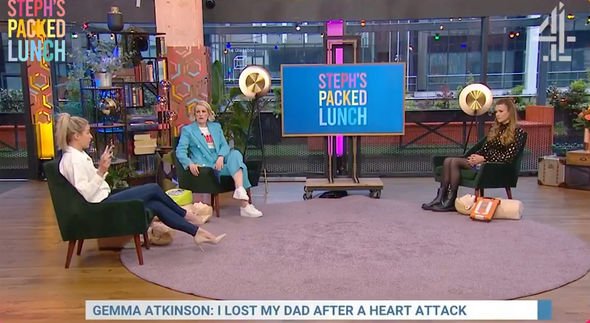 She detailed her father’s death when she was only 17 years old noting he was only 52 and appeared very healthy.

“My dad has chest pains for about four to five days but because he was physically so healthy” Gemma explained.

“He thought he had heartburn or indigestion, so he was taking Rennie tablets, just thinking, it’ll pass. 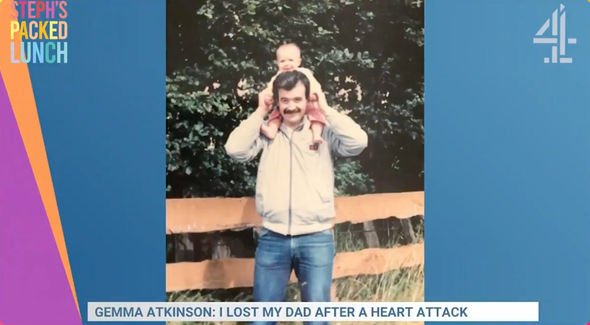 “One weekend, we went to a race track with him, and we all had lunch from one of them really like dodgy burger vans and, again, he got the chest pains.

“Then the following day at work, his colleague found him basically hunched over his desk, couldn’t breathe, couldn’t move. He rung the ambulance and said he’s having a heart attack,” she added.

Gemma continued: “Two to three days later, they said he’s going to be okay, he’s got through it but he needs to slow down.

“They said it was stress that had blocked an artery.”

Gemma stated after a few days, they prepared for her dad to come home from the hospital but he unfortunately had a massive heart attack in his sleep.

Her mum woke her up and told her the tragic news that her dad had died.

“It’s like you say, it’s knowing the signs,” she stated.

As her dad was so strong and healthy, Gemma revealed her family didn’t push him to go to hospital but no one should feel ashamed about going.

She added her daughter Mia is the reason why she is planning on getting checked for heart disease soon, as she has never been checked before, and hopes that they just say, “Oh it’s indigestion”.

“Don’t be afraid to get help,” Gemma pleaded. “Your life is not worth gambling with.

“I’m all for never feeling ashamed and getting checked,” she concluded.

Gemma has a daughter with Strictly Come Dancing professional Gorka Marquez, and the two recently got engaged.