Strictly: Giovanni refuses to reveal what he said to Shirley

Richie Anderson and his dance partner Giovanni Pernice joined Rylan on the It Takes Two sofa where they chatted about their exit from Strictly Come Dancing. Richie and Giovanni landed in the bottom two on Saturday night along with Fleur East and Vito Coppola. However, three out of four judges decided to save Fleur, meaning Richie was sent packing.

However, the one judge that would have saved Richie and Giovanni, was Shirley Ballas.

During Monday’s It Takes Two, Rylan replayed a clip of the duo performing a Samba to Lion King’s Hakuna Matata.

Although, midway through their performance, the host pointed out a secret conversation between the head judge and Giovanni.

“What were you doing behind the leaf?” Richie asked his dance partner. 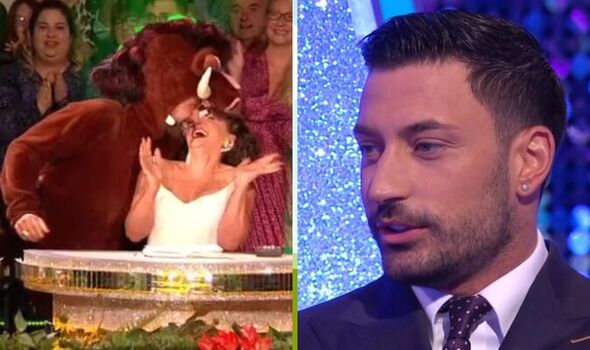 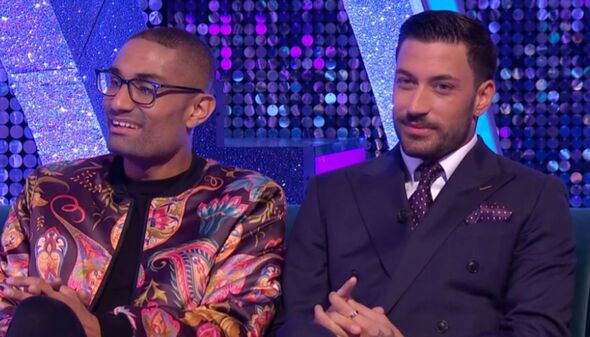 “Yeah, what was going on?” Rylan asked as Giovanni simply replied: “A chat!”

Discussing the performance, the professional dancer continued: “It was fun, the whole concept was fun.

“Dancing with my partner dressed up like that, we did it for the kids and the Samba is a difficult dance to do.

“The technical bit was there as well. So it was overall it was a good performance.” 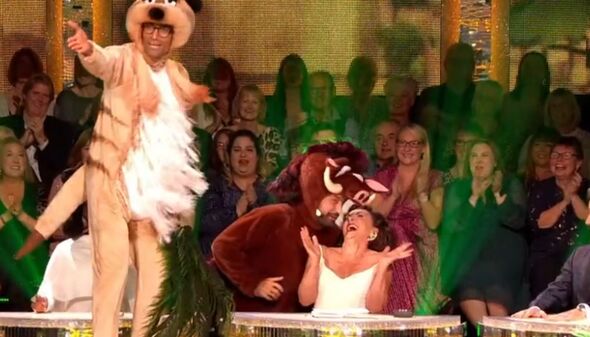 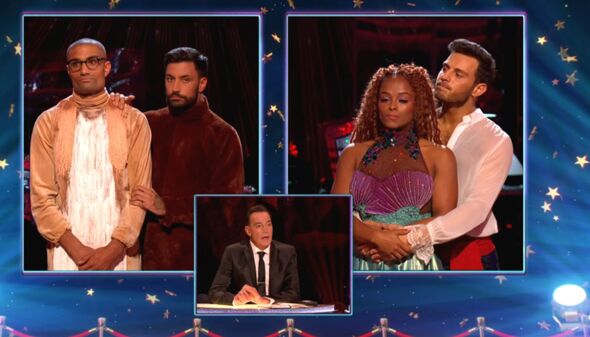 Rylan went on to point out that the pair got great scores from the judges, including eight points from Shirley.

He proceeded to show the hidden message between Giovanni and the head judge to try and work out what was said.

“What was actually going on here, Gio?” he asked before adding: “This is what I want to know when you were chatting to Shirley.

“What were you actually saying to her and was that the reason for an eight?”

“You will never know,” Giovanni teased as he dodged the question.