Grey’s Anatomy‘s record-breaking run will continue — with its leading lady Ellen Pompeo. ABC has renewed Shondaland’s hugely popular medical drama for a 19th season, and Pompeo has signed a new one-year deal to continue as the show’s title character, Meredith Grey. Pompeo also has been upped from co-executive producer to executive producer for Season 19. Fellow executive producer Krista Vernoff will remain at the helm of the series as showrunner.

Just like it did at the time of the Season 18 renewal in May 2021, ABC is not designating Season 19 as a final one for the show or its star Pompeo — for now.

Deadline revealed last month that renewal talks between ABC and producing studio ABC Signature were underway for a potential 19th season of Grey’s Anatomy and that Pompeo also had been approached about staying on the show for another season. Negotiations progressed quickly, and it came down to closing a deal with Pompeo, which happened last week. 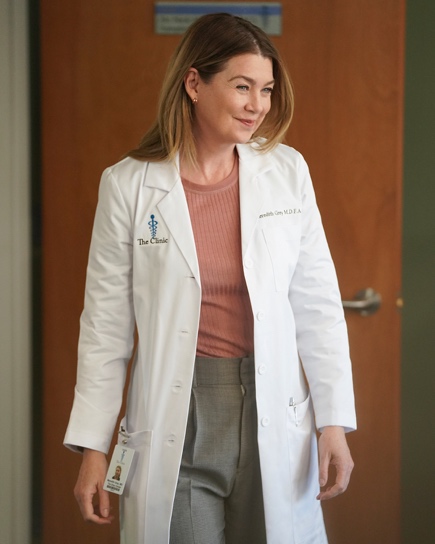 Pompeo, who in the past couple of years has been open about her desire to bring Grey’s Anatomy to an end and has been plotting her post-Grey’s career, last spring agreed to a one-year deal for Season 18. She was one of three remaining original cast members whose contracts were up at the end of Season 17; the other two, Chandra Wilson and James Pickens Jr., signed multi-year new pacts that include Season 19, I hear. The other key element for a renewal, showrunner Krista Vernoff, is under a multi-year overall deal with ABC Signature which she also signed last year.

Eighteen seasons in, Grey’s Anatomy, created and executive produced by Shonda Rhimes, remains ABC’s No1. show in adults 18-48 and is tied as the No. 1 broadcast drama in the key demo this season.

“Grey’s Anatomy is a true phenomenon, beloved by audiences around the world. Whether they catch it live on ABC, or stream it on Hulu or globally on Disney+ or Star+, it’s clear that fans can’t get enough of Shonda Rhimes’ brilliant creation,” said Dana Walden, chairman of Entertainment, Walt Disney Television. “We have enormous faith in Shonda, Krista Vernoff, Ellen Pompeo and the entire creative team to unlock new, untold stories that will continue to focus on modern medicine, tackle the issues that shape the world around us, and resonate deeply with loyal fans for years to come.”

Per ABC, Grey’s Anatomy next season “will explore the ever-expanding world of modern medicine through the eyes of beloved returning and new characters.”

“I couldn’t be more excited that we get to keep telling the stories of Meredith, Bailey, Richard and all of the other doctors at Grey Sloan Memorial for another season,” said Rhimes. “This is a true testament to Krista Vernoff, the cast, the crew and all the writers who keep the audience on the edge of their seat week after week. And it would not be possible without the generations of incredible fans who have supported ‘Grey’s Anatomy’ for so many years.”

Vernoff, who also serves as executive producer and showrunner on spinoff Station 19, was head writer and executive producer of Grey’s Anatomy for the first seven seasons and returned as showrunner in season 14. She is credited with revitalizing the venerable drama in the last couple of seasons. After a Covid-themed Season 17 which explored the toll the pandemic has taken on healthcare workers, Grey’s Anatomy has returned to its roots, focusing on medical cases and relationships in the current eighteenth season which is set in a post-pandemic world.

“Grey’s Anatomy has a global impact that can’t be overstated. Grey’s touches, and sometimes changes, hearts and minds worldwide through the depth of connection people feel with these characters,” Vernoff said. “I’m excited to work with our extraordinary writers to dream up where we go from here, and I’m always grateful to our partners at Disney and ABC for letting us tell bold stories with real impact.”

Grey’s Anatomy averages 12.8 million total viewers this season after 35 days of delayed viewing across platforms. Additionally, the series is a major profit generator for Disney and is lifting spinoff Station 19 through an integrated universe and frequent crossovers, helping it become ABC’s second highest-rated scripted series behind Grey’s.

Season 18 of Grey’s Anatomy returns to ABC Feb 24 in a crossover event with Station 19.

Rhimes and Vernoff  executive produce with Betsy Beers as well as Debbie Allen, Meg Marinis and Mark Gordon, along with Pompeo for season 19. Zoanne Clack serves as medical advisor and executive producer. Grey’s Anatomy is produced by ABC Signature, a part of Disney Television Studios.

Teen Mom 2 Recap: What Jo Texted Kailyn After She Took Son to Hawaii Without Permission