“We were very disappointed to learn of Ms. Amirah’s experience,” a spokesperson tells TheWrap 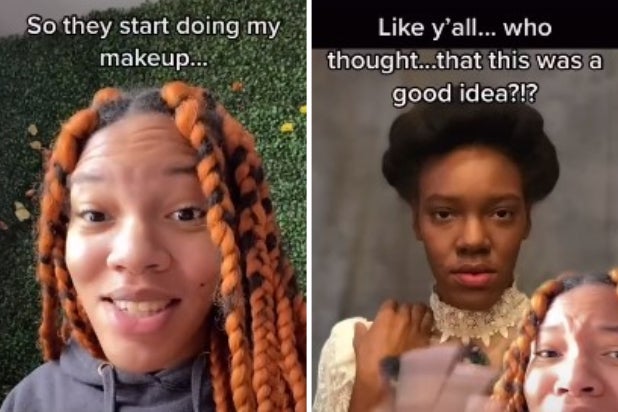 HBO says the darkening of “Lovecraft Country” extra Kelli Amirah’s skin “should have not happened” in response to the background actress’s TikTok video from last month sharing her experience on set.

Amirah’s skin tone was darkened by way of foundation, she said. She was hired and paid $100 to pose for a picture as a young Ms. Osberta (or Bertie, who was played by the late Carol Sutton) on her wedding day. Amirah did not immediately reveal what show her experience was on, though she did share before and after photos. Her TikTok followers pretty quickly guessed the series and she confirmed it to be “Lovecraft Country” in a follow-up TikTok.

“We were very disappointed to learn of Ms. Amirah’s experience,” a spokesperson for HBO told TheWrap on Monday. “This should not have happened, and we are taking steps to ensure this doesn’t occur again in the future.”

“I hear one of them mention how, ‘She’s a little lighter than’ the actress,” Amirah recalled in the initial Feb. 19 TikTok video about her time in the HBO series’ makeup chair.

“And I notice my foundation is getting darker and darker,” Amirah continued. “I was so uncomfortable. I had no idea they were going to do this to me, and if I had known beforehand I would not have accepted the job.”

Amirah says she did not raise her concerns at this time because “I’m not s— yet. I have no clout, no pull, no nothing.”

“As soon as we wrapped I went right back to hair and makeup and asked for some wipes because I refused to go out in the world like that,” Amirah said in that one.

Watch her (first) TikTok below. The follow-up can be found here.

'Black Panther': Having a Black Superhero Wasn't All that Made the MCU Film So Successful

The Truth About Betty White And Lucille Ball’s Friendship