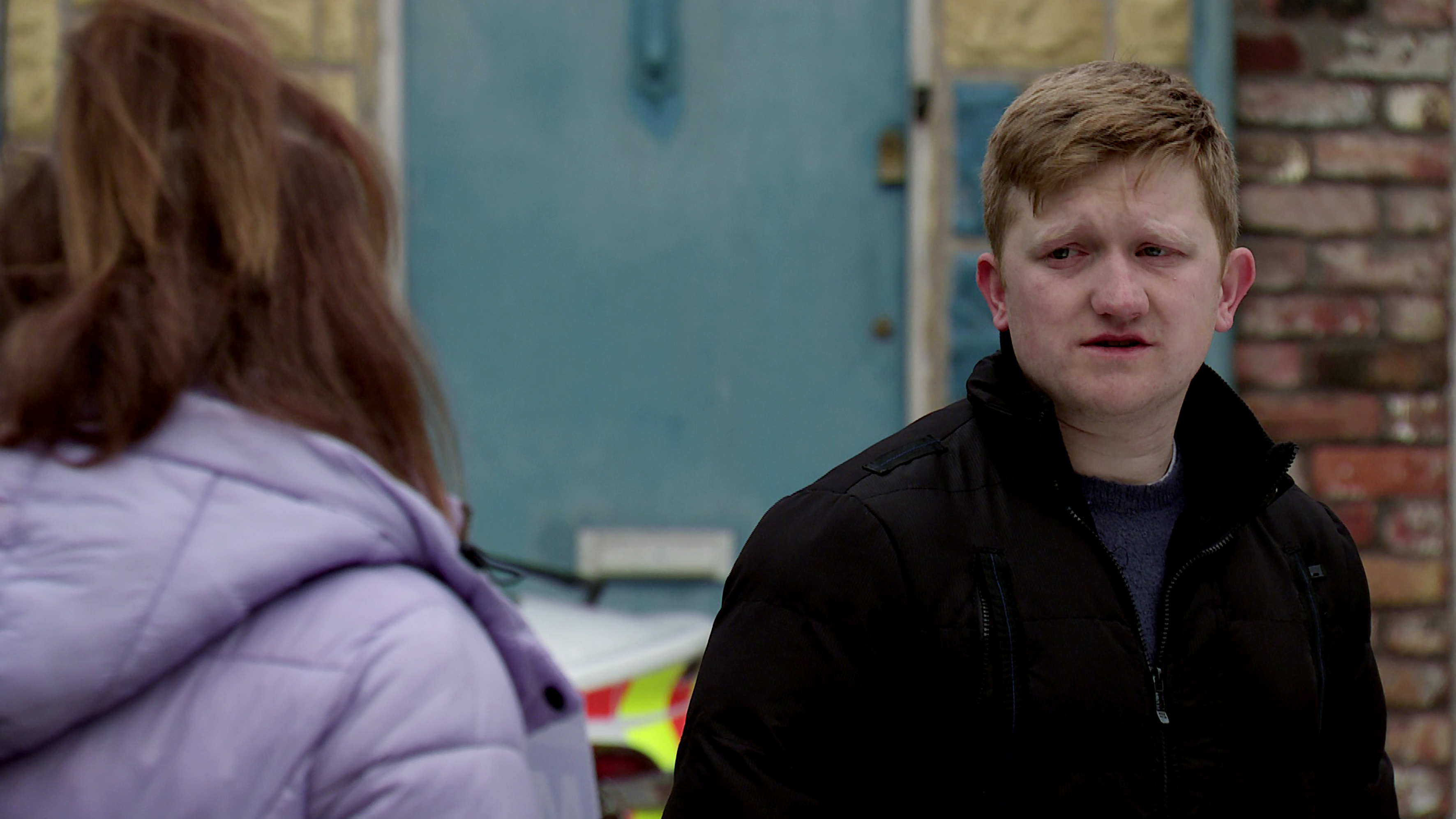 Joseph Brown (William Flanagan) vanishes in Coronation Street this week, after dad Chesney (Sam Aston) goes behind his back.

Unbeknown to Chesney, the young boy is struggling.

Monday’s (January 10) offering to the ITV serial drama sees him remind his dad that he needs money for a school trip – and for a new school jumper.

But Chesney and Gemma Winter (Dolly-Rose Campbell) have no money for the items in question, something which Joseph later relays to Hope (Isabella Flanagan).

Hope decides to take matters into her own hands, as she gets a hold of Fiz Stape’s (Jennie McAlpine) purse, and gives it to her cousin!

Joseph eyes up the cash, but will he steal it? Or will he return it?

That remains to be seen, but his troubles get worse as the week progresses, and it soon comes to light that he’s being bullied at school because Gemma and Chesney can’t afford to buy him things.

Chesney quizzes his son about the bullies, and suggests speaking to his teacher. Joseph, however, demands that he refrain from doing so, telling him that this would only make things worse.

But in spite of Joseph’s request, Chesney goes to the school, leaving Joseph furious.

Afterwards, Chesney feels awful that he’s betrayed his son’s trust, and thus heads out to apologise, only to discover that Joseph is nowhere to be seen.

Subsequent scenes will see the police called, as the residents of the street rally to find to the missing boy.

Will Joseph be okay?

'The Me You Can't See' Trailer and More: What to Expect From Prince Harry and Oprah's Apple TV+ Docuseries

'Pretty Woman': The Reason Winona Ryder and Another Famous Actor Were Turned Down After Auditioning for the Role of Vivian