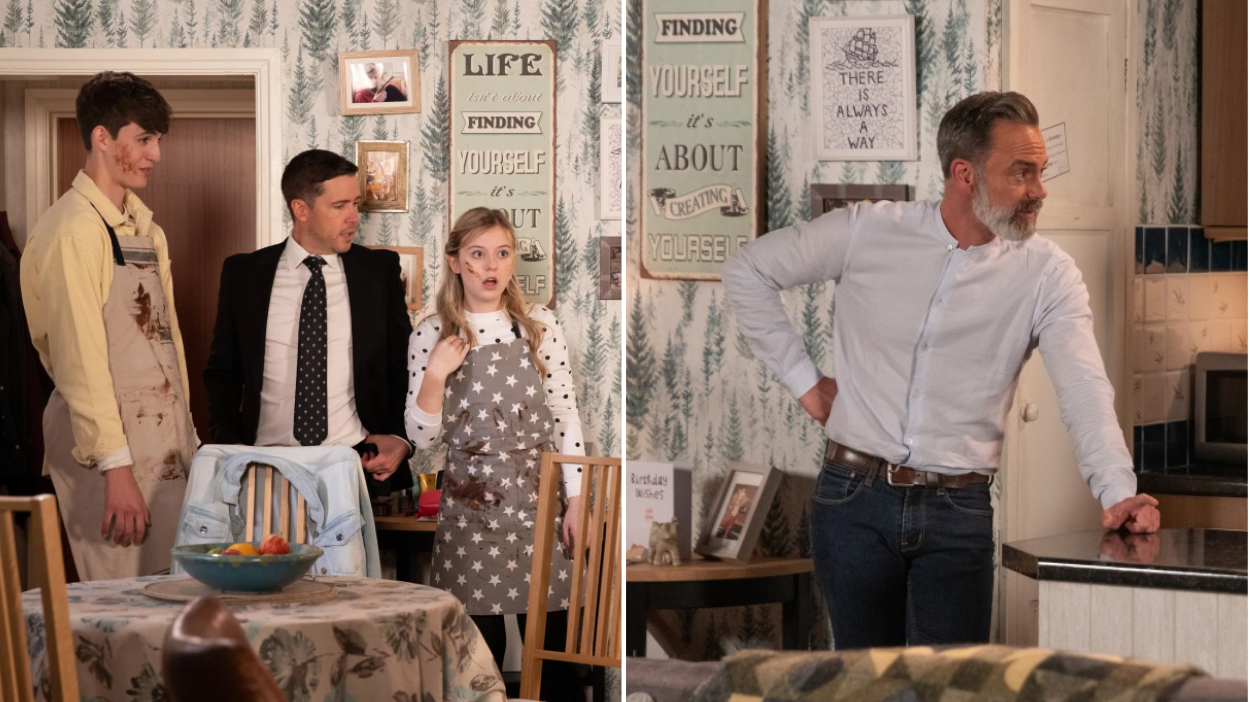 A few weeks ago, Aaron told Summer that his dad drinks too much and occasionally lashes out, but no-one knows about his traumatic home life because the couple made a deal – Summer will keep Aaron’s secret if he doesn’t tell anyone about her diabulimia.

It’s a dangerous situation they’ve found themselves in and next week, Aaron reveals to Summer that he has confiscated his dad’s wallet to stop him buying booze, but also found a bag of cannabis.

The next day, Aaron’s dad arrives at the garage visibly drunk and volatile and threatens his son over the stolen cash and weed.

Aaron later meets up with Summer and tells her that he was attacked by his dad as soon as he got home.

Meanwhile, having heard from Fiz (Jennie McAlpine) about Aaron stealing weed from his dad, Paul (Peter Ash) arrives at the flat and lays into Aaron for leading Summer astray.

But will the young couple tell Paul the truth about Aaron’s dad?

And what will Billy (Daniel Brocklebank) think if he finds out?