My Pandemic Year: How 10 Up-and-Coming Actors Survived (and Thrived) Despite Hollywood Shutdowns

TheWrap follows up with actors whose careers paused a year ago — but managed to write scripts, start businesses and appear in an Ariana Grande music video

One year ago, up-and-coming Hollywood actors saw their careers (and their side gigs) literally turn to dust overnight. But in the year of uncertainty that followed, some took matters into their own hands and started their own businesses, wrote that long-gestating screenplay — or starred in an Ariana Grande music video.

A year ago, TheWrap interviewed 10 up-and-coming performers in Los Angeles and New York whose budding careers had come to a screeching halt overnight — with auditions disappearing and often no income coming in from backup jobs in fitness, food service and marketing also decimated by the pandemic. But in interviews in recent weeks, the performers all reported that far from buckling under the pandemic, they had in fact thrived.

“Moments like this make you dive into different aspects and endeavors that you never thought you’d get into,” Natalee Linez, an actress whose credits include Freeform’s “Siren” and “Hawaii Five-0,” told TheWrap. “We as actors are built for this kind of thing to happen — we are so resilient and we were all like, shift, pivot, new game plan. And now the whole industry has changed completely.” 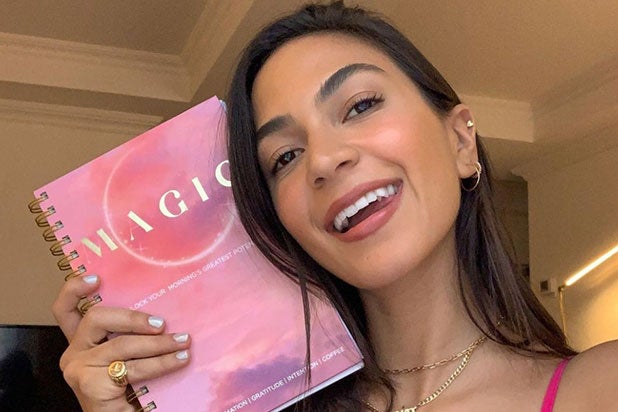 Linez, for example, was in the middle of shooting a Starz project when the pandemic postponed production. She had shot national commercials that she felt could tide her over, but the lack of commercial bookings had her worried about paying the bills. One year later, she told TheWrap that in November she resumed shooting the Starz show — which she now can reveal is “Power Book III” — but also developed a journal company called M.A.G.I.C. Mornings, an idea she had come up with six months before the pandemic. She launched the product on Nov. 11.

Linez, who admitted that she received unemployment checks for several months and cut back on her spending, said, “Within quarantine was a lot of self reflection and having the time to develop what it was. If I had been working on ‘Power,’ I wouldn’t have sat down and done that. I’m thankful in that way.” 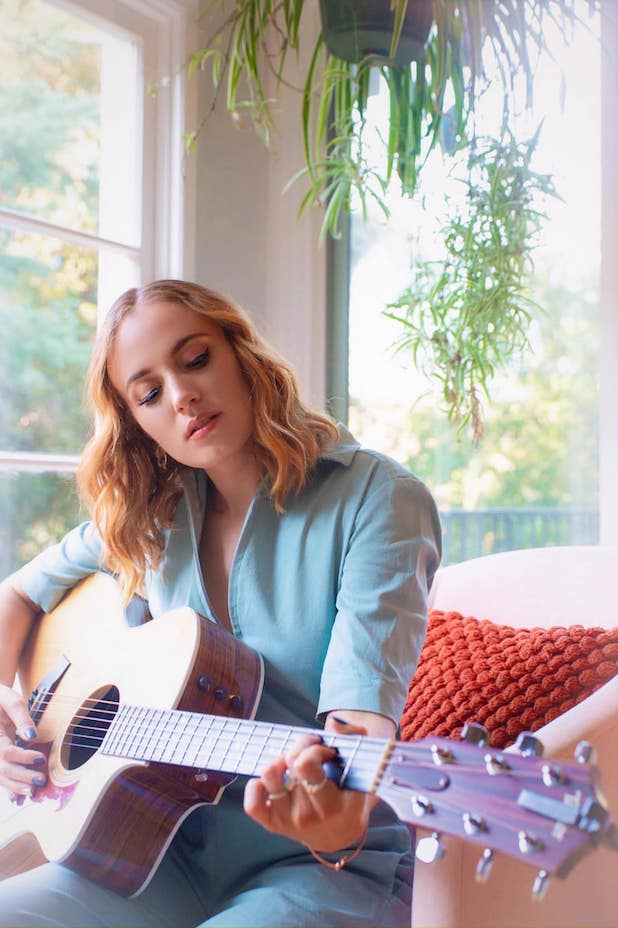 Kara Connolly, who was a double for Emma Stone in 2014’s “The Amazing Spider-Man 2,” said in the early days of the pandemic she was worried when her callbacks were canceled, studio sessions for her career as a singer/songwriter were put on hold and she was laid off from her side gig at a marketing firm.

“The past year actually ended up being a pretty great year for me professionally all things considered,” she told TheWrap. She said she got much more proficient at self-tape auditions (mostly, she said, for pandemic thrillers and postapocalyptic-world type spots and films), but mostly she focused on improving her music producing skills, setting up a small studio in her apartment to record her songs. In addition to shooting and producing a music video, she also took advantage of pre-COVID film projects that now needed music. She ended up partnering with a new licensing agency and getting seven film/TV/ad placements for her songs — the most she had ever booked.

“Overall, while this year undoubtedly didn’t go as we all expected, I am very grateful for the skills that I learned out of necessity that I would have possibly been too distracted or busy to pick up otherwise,” she said. “I know that a lot of the home technology that I set up (shout-out to friends who helped me along the way) and the skills that I learned will serve me well in the future and have already made a big impact. I know that songs I wrote this past year will come out in the next year and find opportunities as I’m onto other projects and perhaps playing live shows/shooting projects when things open back up.” 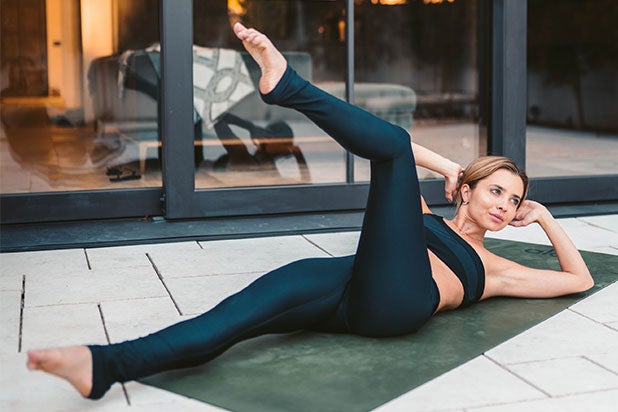 When the stay-at-home order hit last spring, Albina Katsman had just released her own short-form YouTube comedy series “So Foreign” and had starred in “Alone” for Amazon Prime Video, and was ready to go into production on two projects. To make matters worse, her survival job as a fitness instructor disappeared. One year later, she’s the boss of her own fitness-on-demand company, Body by Bina, teaching virtual classes and partnering with brands like Revolve, Koola and L*Space — and is now finishing a music video for the Berlin Music Video Festival.

“2020 was a great year for me — I hate to say it out loud because it’s been rough for others, but I found what I wanted to do,” she said. “The year before, I was teaching 22 classes a week and not really finding the motivation to find new nuance and anything that motivates me, but now working myself has changed that completely… There were a lot of challenges but I can work from anywhere now, I’m in charge of my own schedule. 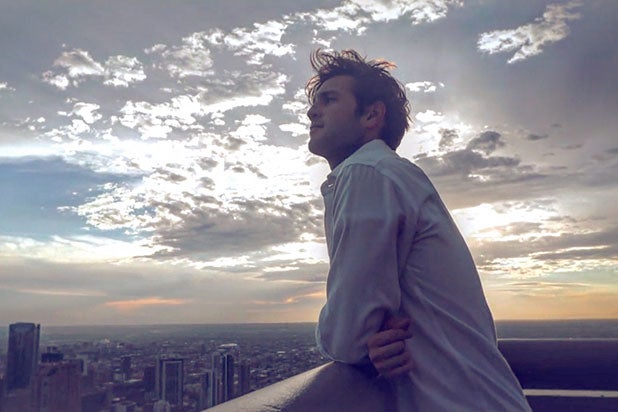 Many others also took charge in ways they had never anticipated. L.A.-based actor Jared Isaac lost acting gigs, his side hustle as a dog walker (with his clients all stuck at home) and even his rock band (as his roommates/bandmates dispersed). But instead of feeling deflated, he wrote a script for an indie film that he hopes to shoot this September.

He was also able to do some commercial work to pay the bills. “I was just steadily watching the bank account go lower and lower but as an artist, that’s what you reconcile with at this juncture of things and the pandemic was certainly not anything we could foresee,” he said. “It was definitely touch and go, for sure, but I was never really worried.” 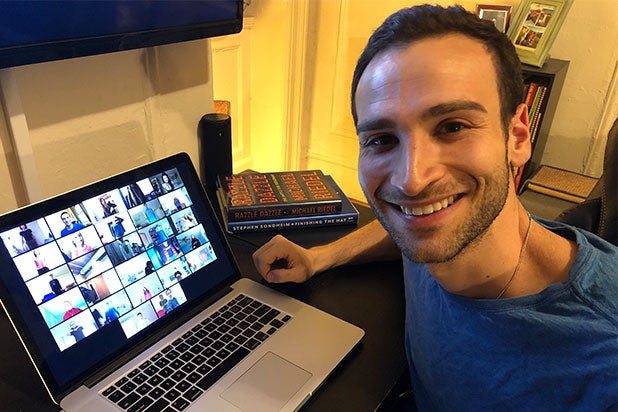 When the pandemic started, New York-based Harley Harrison Yanoff started Broadway From Home, a virtual summer camp for kids to take acting classes and put on shows virtually. At the beginning, he had 10 employees working for him. Since then, the project has ballooned. “Since your article came out, it got so much press that it sort of went global,” he said, explaining that kids from all over the world started signing in, taking classes at 4 a.m. their time to take part. He brought in more staff, started doing live shows and recruited stars like Brandon Flynn (“13 Reasons Why”) and Paul Walter Hauser (“I, Tonya”) as mentors.

The catering company he owns handled a few events, including one outdoor winter wedding, but mostly morphed into a service business that teamed up with restaurants to hand-deliver food and with courier services to send gift boxes. And he started another company called Top Notch Events, that helps companies like National Geographic plan fully engaging virtual events. 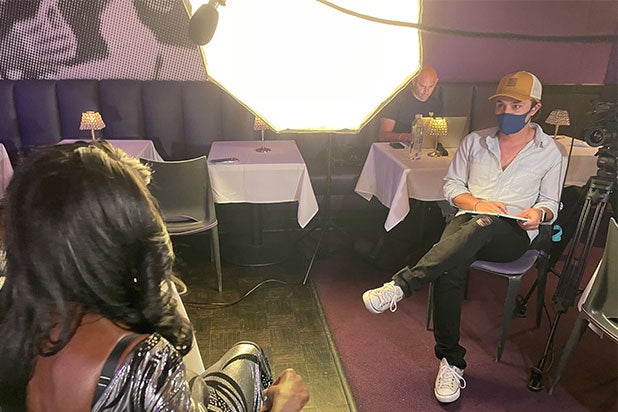 Lee Doud, who was in the middle of shooting a Netflix show when the pandemic began, also stayed employed — with his side gig in event management pivoting to virtual gatherings. He’s been producing galas for nonprofits, giving him a new creative outlet and bridging the gap between his acting and event management careers.

The show he had been shooting, “Lucifer,” ramped up again in October, and he also worked on CBS’ “S.W.A.T.” for one episode that he booked off a self tape. “Adaptable actors will withstand anything that’s thrown at them,” he said. “I’m proud of the changes I’ve made and the creative steps I’ve taken to ensure more time in the industry.” 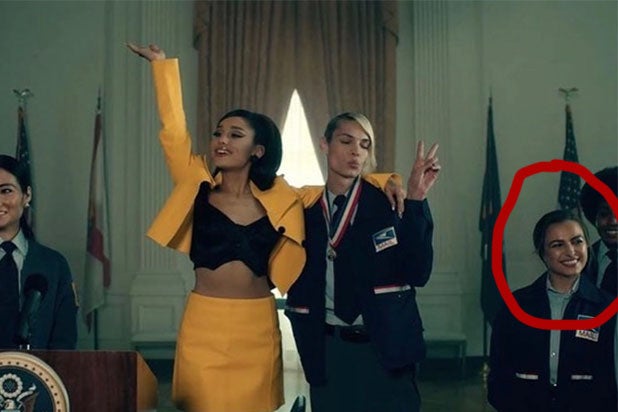 Some, like Lauren Elyse Buckley, who saw two short films and a music video rapidly scrapped in the midst of the virus, returned to acting with renewed vigor. For her, auditions picked up, she booked a Netflix show, is shooting two short films in the next two months, and also honed in on her craft by getting into voice-over work and taking acting classes, as well as Spanish and sign language classes.

Among Buckley’s new credits: a featured role as a Postal Service worker in Ariana Grande’s music video for “Positions,” which debuted in October. “For some, this pandemic was a reset and a sign to leave leave the industry and find something new, for others, it’s re-certified that they were doing this for a reason,” she said. 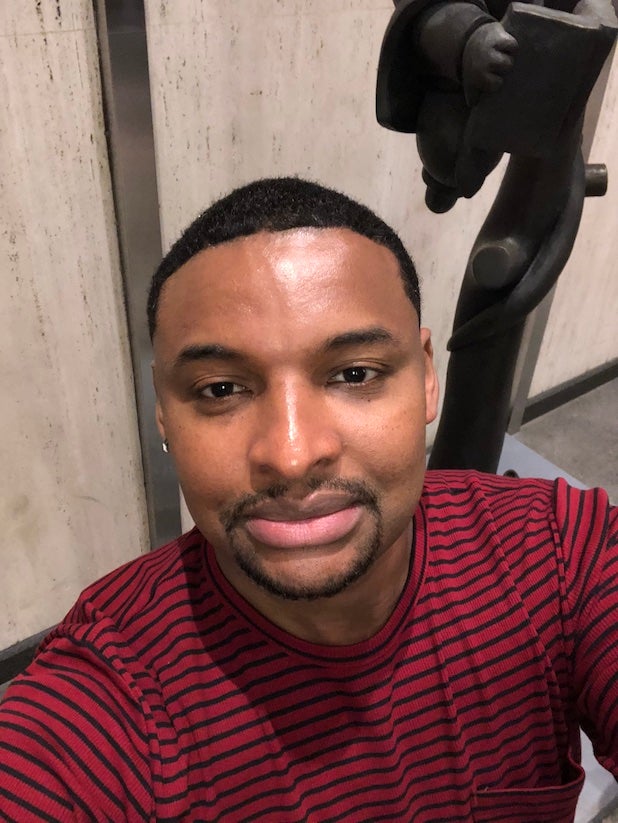 Rhoemi Smith, who was auditioning for Broadway plays when the virus hit, is back at work in the retail job he lost in the early months of the pandemic — and is also gearing up to shoot an independent film titled “Drinkers,” written by up-and-coming actor William Ginorio. He also co-producing an indie feature based on the stage play “The Gospel at Colonus,” which was streamed for two months on the VOD/ticketing platform ShowTix4U.

The pandemic experience “solidified for me even further that the entertainment industry is one that you have to have a fortitude and a strong mental capacity for,” he said, “because there are so many different challenges, and this one has risen to be the challenges of all challenges.” 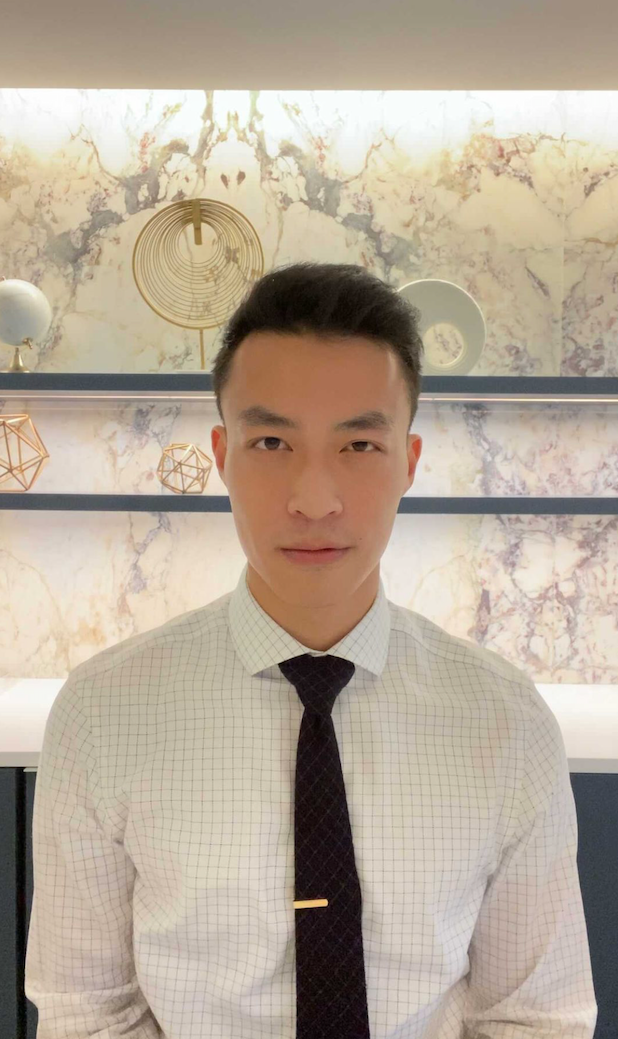 Shu Q, who has been pursuing the performing arts for eight years now, said he booked one campaign in 2020 and two hand modeling jobs. In January, he booked a commercial and two weeks ago did a shoot for Macy’s. But he also returned to the law firm that had furloughed him during the pandemic — and even joined the firm’s diversity committee. He said he started to find his political voice — especially after he found himself a target because of his Asisan American identity.

“As a gay Asian immigrant, I’ve never been harassed until last year and it took me by surprise,” he explained. “I went into turbo mode — I wanted to be as involved as I can be.”

Looking back, he’s learned a lot from all the hardships. “I burnt through all my savings and when that went to zero, I finally had gotten unemployment for two to three months so that helped me stay alive and my parents had to help me with rent — my building was not one of those that gave rent cuts,” he said. “The silver lining to all of this is that I kind of took the time to budget when before I didn’t, and now I feel like I am actually above water in terms of personal finance. It’s funny how things worked out, we all really struggled through the pandemic and I feel very lucky despite everything that’s happened.” 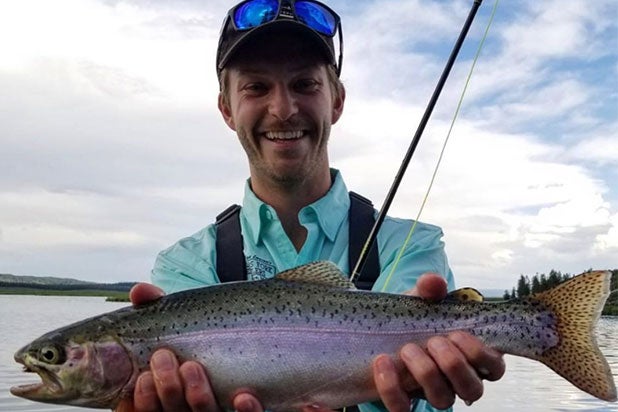 One actor from last year’s story took a longer break from acting to spend more time with his family and in nature. Brady Lernihan had just moved to Los Angeles when the pandemic began but returned home to Montana to save money and find a day job. Initially, he thought he’d be there for a couple weeks, but he ended up staying for a year, receiving help from unemployment to stay financially stable. He also started working on a ranch and rediscovered his love for nature, as well as the extended time with friends and family.

But by July, as he started to audition over Zoom again, Lernihan said his anxiety and doubt started to creep in because he “he didn’t know who I was as an actor anymore.”

“When the pandemic happened, I was forced to think about who I am without acting. It had been so long since I stepped back from the ambition of become the best actor I can be, and I realized I also needed to experience more of my life outside of art,” he said. “The pandemic was me going in circles from thinking I am doing well mentally, and I am heading towards a healthy and exciting direction, to not knowing who I am anymore.” He then realized he needed to leave Montana — he bought an RV and drove to Atlanta, where he signed with a new agency that is trying to help him find a balance between acting and living.

Loki release date: Trailer, cast and how to watch