It’s a studio ritual almost as old as Hollywood: announce a production deal right before the release of a filmmaker’s new movie. For David and Jessica Oyelowo’s Yoruba/Saxon, the twinning of “The Water Man” (David’s directorial debut, which opened theatrically last week) and a two-year first-look Disney deal is more than industry rite. After seven years and six films, it means that the industry has started to catch up to them.

Like many actors, the Oyelowos created a company to improve their own opportunities. In their case, the struggles they faced mirrored a much larger one. “One of the main reasons we wanted to start the company was to have a voice and to provide a place for voices that weren’t being heard,” Jessica said in a recent interview with IndieWire. “For Hollywood to finance certain projects, they required a certain perspective on someone else’s story. We were looking at this as actors thinking, ‘How can we be the voice? How can we be the protagonist in our own stories when there’s always somebody else’s point of view to tell our stories?’ And particularly for Black voices. It’s been a massive problem for such a long time.”

Motivated to provide a platform for themselves and other marginalized creators, the Oyelowos wanted their company’s name to be a statement. David’s roots stem from the Yoruba tribe, an ethnic group with roots in Nigeria, Benin, and Togo. Jessica was born in Ipswich, one of the first English towns founded by the Anglo-Saxons.

“I think in Yoruba/Saxon, what we’re trying to say with the amalgamation of those two tribes is that we are better together than we are apart,” David said. “One’s existence doesn’t have to nullify the existence of the other. The projects that we’ve done thus far — there’s been an evolution. Initially, they were projects that were driven by the lack of opportunity I was getting as a Black creative and really struggling to find narratives where I could be the protagonist.”

Jessica, who started her career as an actress, said she was deeply frustrated by the sexism and the marginalization of women in Hollywood. “The auditions I could get were just sub-intelligent,” she said. “To have women well written and well represented, you have to have female writers and female directors. Once we moved to the States, certain things in my career as an actress weren’t happening in the same way. Still, David immediately took it upon himself to specifically work with female directors because of the lack of representation for women.” These included Ava DuVernay’s “Middle of Nowhere,” Cynthia Mort’s “Nina,” and Amma Asante’s “A United Kingdom.” 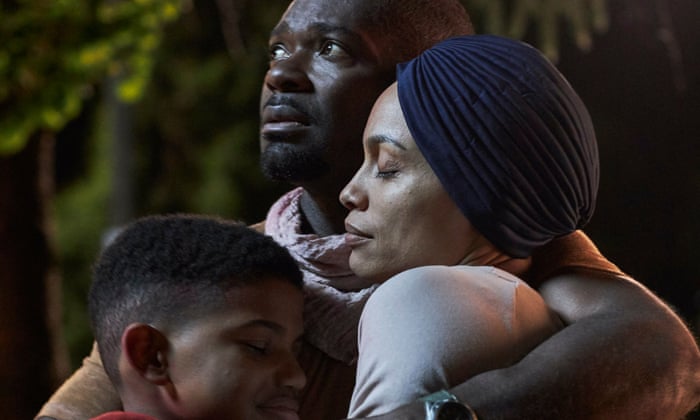 The company’s debut project, “Nightingale,” premiered on HBO in 2015 and garnered rave reviews for Oyelowo’s riveting performance. Fox Searchlight acquired “A United Kingdom” out of the 2016 Toronto International Film Festival and in 2018 Yoruba/Saxon signed its first, first-look deal with Gigi Pritzker’s MWM Studios.

Yoruba/Saxon also partnered with Brenda Chapman for “Come Away” and Maris Curran for “Five Nights In Maine.” The Oyelowos said that while they were initially driven to see complex narratives involving Black people, women, and people of faith, they also wanted to make sure that their four children saw themselves reflected on screen.

“With ‘Come Away,’ and now ‘The Water Man,’ we love watching movies with our kids that we can genuinely enjoy with them,” David said. “Films that the whole family can watch, but have a bit of meaning to them as well.” Their touchstones include films like “E.T. the Extra-Terrestrial” and “Stand By Me.” Said Jessica, “I never felt like they undermined my emotional intelligence.”

A magical realist fable, “The Water Man” is a gorgeous film starring Lonnie Chavis (“This Is Us”) as Gunner, a young boy who embarks on a quest to save his terminally ill mother (Rosario Dawson). Gunner believes the cure to his mother’s cancer lies with the Water Man, a mythic creature who possesses the secret to immortality. “I identify with both Gunner as someone who was a child to my parents and as a father who is a father to our children,” David said.

The childhood sense of feeling like an outsider resonated with him in a profound way. “Even as a kid, I was very aware of some of my parents’ struggles as Nigerian immigrants in the U.K.,” he said. “I was very aware of the racism.” The themes of illness and loss also reverberated in his personal life; he finished the movie in the midst of losing his father last September.

“Our kids were very, very close with my dad,” he said. “We watched them navigate that loss. I’m just really glad at our choice not to shy away from the darker themes while also celebrating the entertaining, imaginative, fantasy themes.” David Oyelowo and Ava Duvernay on the set of “Selma”

She added that the company’s approach shouldn’t be seen as a radical one. “This isn’t new to people who are awake to what is happening, particularly those who’ve been marginalized for so long,” she said. “Where we find ourselves now is a beautiful coming together of a lot of people who are relishing the fresh opportunity, but are also like, ‘It’s about time.’”

Next, the Oyelowos want to bring stories from Africa into the forefront of popular culture. “There’s no reason why African narratives, African history, African characters should not be globally facing,” David said. “The culture is meeting up with a desire, both from the audience and creatives who can now marry with this moment to do great work that is undeniable for a global audience to embrace. It’s a very exciting time.”

“The Water Man” is now in theaters.

Spoilers: All you need to know about EastEnders' killer 35th anniversary week