Rob Rinder and Charlotte Hawkins returned to GMB, and at one point, headed up a lively debate between Hadoke and Seaspiracy director, Ali Tabrizi.

The pair were on opposite sides over the decision to put walrus Freya down after the controversial action was taken by Norwegian authorities.

The animal, which Brits may recognise from having spent time on the North East coast of England was said to be ‘a threat to human safety’, despite having not attacked anyone.

Hadoke made some very strong comments after Rinder probed him on humans disrupting the walrus’ space, after humans ignored requests to stay away from her.

The guest then claimed: ‘Individual animals like this are basically inconsequential. It’s a shame.’ 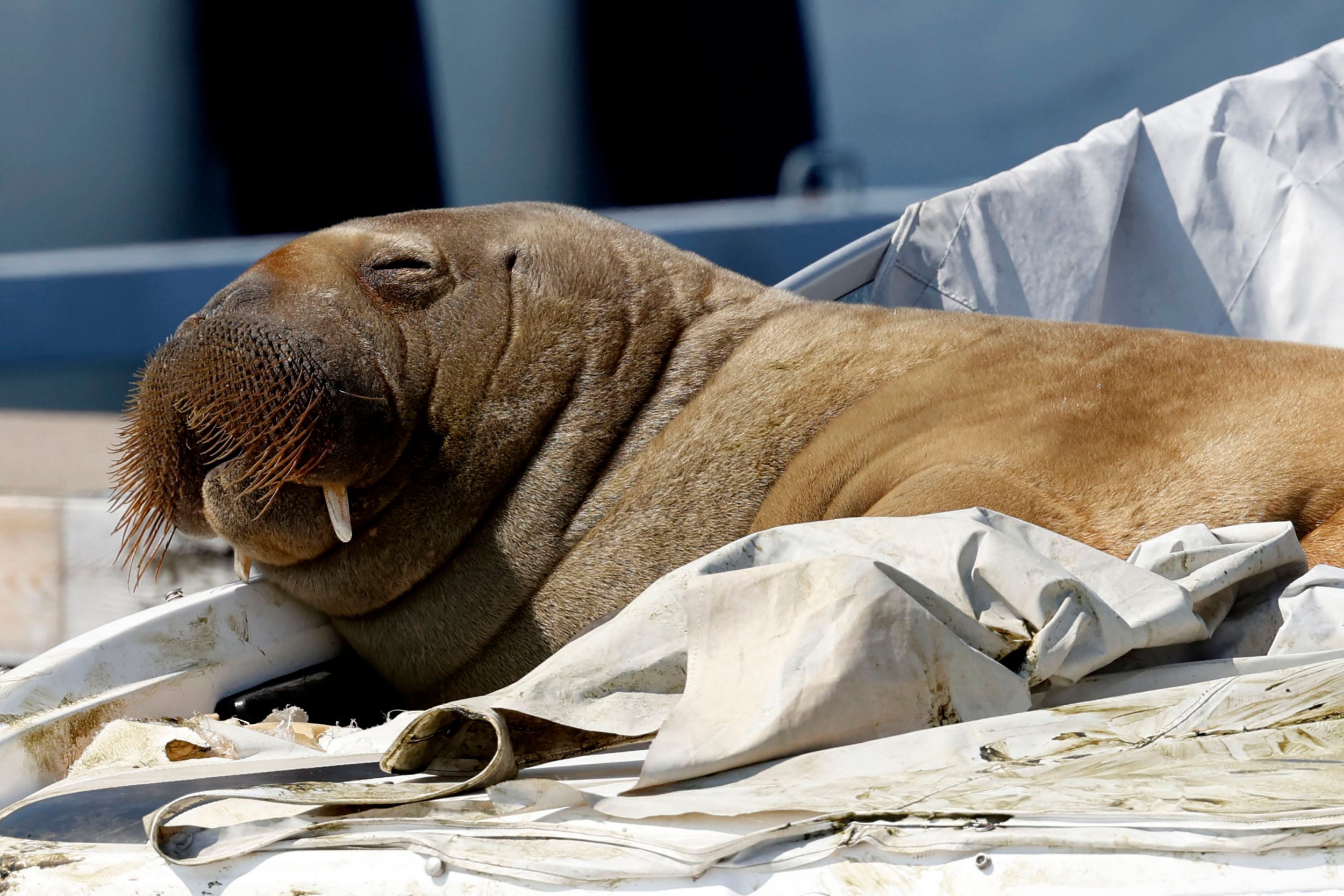 The shocked host replied: ‘What did you just say?’

‘Inconsequential. Individual animals are,’ Hadoke repeated. ‘The key point is the ecosystem’s sustainability of populations, and sometimes, when human-animal conflict happens, people will always take the role of protecting humans.’

He went on to remind viewers: ‘They could have told everyone not to go there, and they did and continued to do it.

‘My jaw is open, I’m so shocked!’ he remarked, with Tabrizi weighing in: ‘Surely with this logic, we can just go about shooting any animal as long as it doesn’t jeopardise the entire population.

‘We wouldn’t choose this with any other animal, so why are we choosing it here?’

Many viewers quickly slammed the remarks, with one sharing on Twitter: ‘Diggory Hadoke, the hunting advocate, is ironically one of these characters who’d call out ‘nannie state’ yet says “inconsequential” walrus was shot for human safety…! All people had to do was leave Freya the hell alone!  #Gmb.’

Someone else weighed in: ‘A hunting advocate that thinks animals are ‘inconsequential’, quelle surprise 🙄 #GMB #FreyaTheWalrus.’

‘#GMB Diggory Hadoke is reasoning that we should justifiably kill any and every animal that poses any threat ever to humans. Just because they could, even accidentally, hurt someone. We have to do better than Diggory, this level of awareness is killing the planet,’ added another.

A viewer asked: ‘Why is Diggory Hadoke being platformed? Is this really the best person they could find to defend the Norwegian government? #Gmb.’

Last week, the Norwegian Directorate of Fisheries warned the public to keep their distance after reports of people swimming with the walrus, throwing objects at her and getting dangerously close to pose for photos.

Eventually the directorate took the decision to euthanise Freya after a picture surfaced of her surrounded by a crowd, including several children.

‘The decision to euthanise the walrus was made based on an overall assessment of the continued threat to human safety,’ Frank Bakke-Jensen, the director general at the Norwegian Directorate of Fisheries, said in a statement.

Good Morning Britain airs weekdays from 6am on ITV.