Home » TV & Movies » I'm A Celebrity fans are all saying the same thing after spotting Naughty Boy's annoying habit – but did you spot it?

Naughty Boy – whose real name is Shahid Khan – was accused of flashing his underpants multiple times around the Gwrych castle camp. 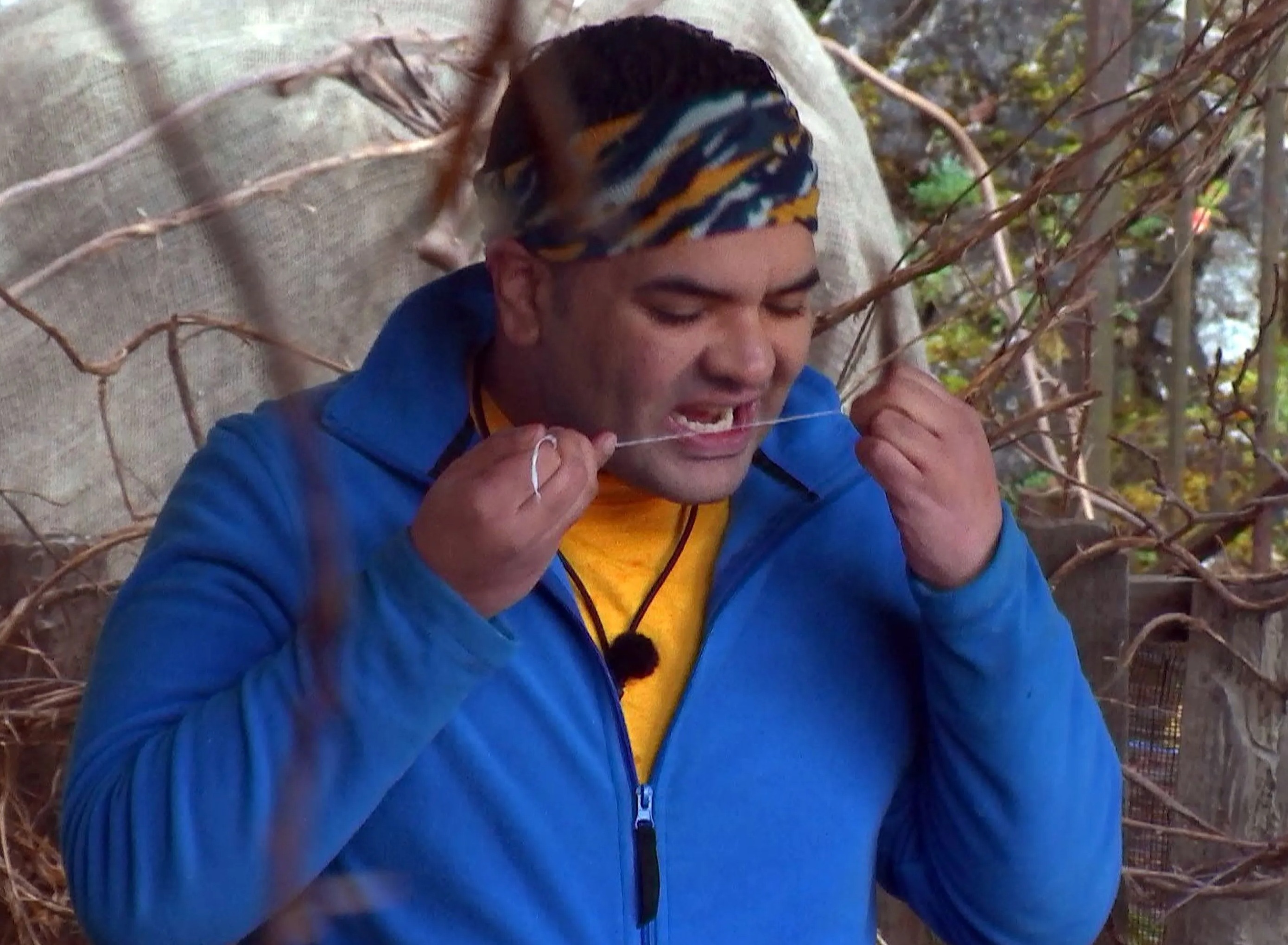 Complaints cropped up on Twitter as one person wrote: "Did naughty boy order trousers 12 sizes too big? Keep seeing his crack 😭 #imaceleb"

Another fan took to Twitter after the producer commented on a little robin that had flown over to his bed.

They penned: "No ‘Naughty Boy,’ that little robin is telling you to PULL UP YOUR F****N TROUSERS! #ImACeleb"

And one more reflected on Naughty Boy's sour mood in the castle, after he nearly quit last night over being picked to do a Bushtucker Trial.

One more tweeted: "Just know when you’re feeling fed up, just think it can’t be that bad, you could be naughty boy who has to pull his trousers up every second. Now that s**s gonna be annoying. 😂 #ImACeleb"

The music chart topper has been struggling over the past few days living in The Clink with Richard Madeley, Arlene Phillips, David Ginola, and Danny Miller.

He finally snapped last night and was left seething when he was picked to do a trial against Snoochie Shy.

He was convinced they picked him because he was "the weakest" and his anger was made ten time worse when he didn't win.

After sensationally threatening to quit the ITV show, many fans compared the rapper's behaviour to none other than former Towie star Gemma Collins.

The Essex star took part in the show back in 2014, but quit after just 72 hours in the Australian jungle.

But Naughty Boy wasn't the only one who has said they want to leave.

The rapper was also joined by Arlene, who threatened to walk after he was voted to do a trial and a challenge on the same day.

But hosts Ant and Dec have revealed that they are still on the show – and things are about to get very heated.

Ant told viewers last night:"After some thought, they did join the camp earlier today with the intention of confronting them."

Music producer Naughty Boy had previously voiced thoughts he was considering leaving camp, but last night said he was fed up with rival campmates and conditions in the castle.

He even snapped at Richard Madeley as he moaned: "Why did they choose me?"

Arlene also confessed she'd had enough, saying: "For me, I. was hoping I was going to come out here strong and proud, but it hasn't started in the right way.

Arlene then told the Telegraph there was nothing that would help her to stay.

Why Was Whitney Houston's 'Cinderella,' Starring Brandy, So Diverse?