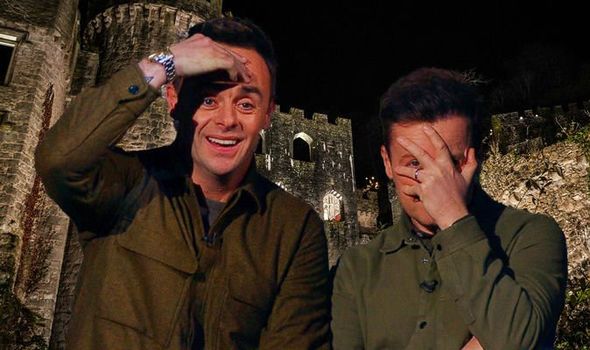 Arlene Phillips and Naughty Boy threatened to walk out on the show last night after morale dropped to an all-time low. Naughty Boy was selected by the main camp to compete in a trial, despite already taking part in a challenge earlier that day, which he then lost. He told his camp mates: “My time here is done. The main camp probably knew what they were putting me through, knowing I did a challenge earlier. I don’t know if I could ever join that camp.” In a preview of tonight’s episode, Ant and Dec reveal Naughty Boy and Arlene will confront the rest of the contestants about what they have endured.

Naughty Boy’s family speak out as he threatens to quit

Naughty Boy’s family have spoken out after the DJ announced on Tuesday he had a strong desire to leave the show after only two days in the castle.

A flurry of abuse followed his announcement, with dozens of Twitter users branding him dramatic or weak.

In response, his family released a string of Tweets explaining his home situation.

In one tweet, his family member who is running Naughty Boy’s account while he is in the castle, said: “If only everyone knew what he’s battling on the outside world.

“His mum (my nan) is battling dementia and he has been taking care of her for the last 5 years.

“This is the first time he has left her to do something life-changing! He is just overwhelmed and he will be fine.”

Naughty Boy gets ‘separate meals’ in camp amid exit talks

After struggling to adapt to life in the castle, DJ Naughty Boy is having “separate meals” to the rest of his I’m A Celebrity…Get Me Out Of Here! campmates, according to reports.

In Tuesday’s episode, he admitted that he “woke up traumatised” and was left “questioning” if he should be there following a rough night in The Clink.

Naughty Boy has decided – for now – to remain in the camp but is reportedly being given different meals to the rest of his co-stars.