I’m A Celebrity…Get Me Out of Here viewers have been rocked by the revelation that Harry Redknapp doesn’t know what Toy Story is.

The retired football manager competed in a ‘Bug Busters’ trial alongside Emily Atack on Monday night’s episode (December 3), which saw the pair tasked with identifying quotes from famous films in a shift at the Bug Busters Video store, while critters including flies and spiders rained down upon them.

The quotes included were from famous films such as The Sixth Sense, Terminator, Grease and Toy Story.

And, imagine viewers’ surprise when Harry revealed he didn’t actually know what Toy Story is.

“Emily got Toy Story, I’d never even heard of it,” he said.

“How has Harry never heard of Toy Story with having grandkids?” asked one viewer.

“I volunteer as tribute to watch Toy Story round Harry and Sandra’s,” added another. 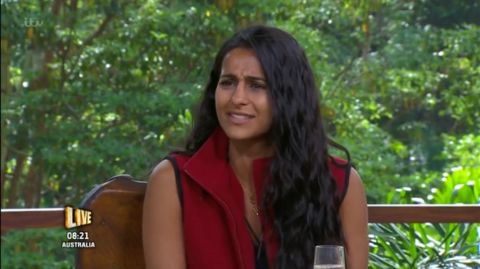 Sair Khan because the third celebrity to be evicted during Monday night’s episode.

Speaking after her exit, she said: “I felt like I was in the telly, watching.

I’m A Celebrity…Get Me Out of Here continues at 9 pm tonight (December 4) on ITV.