Holly Willoughby, 39, and Phillip Schofield, 57, were back on hand to host today after having a week off over the half-term break. Joining them at the start of This Morning was John Fury, 55, following his son Tyson Fury’s, 31, win in the ring last weekend. However, as he made his exit from the studio, he was given a “peck on the cheek” by the presenter as she bid him farewell off-camera.

Having appeared on Good Morning Britain earlier, his father was a guest on the sister show as well and was full of praise for his son.

After Holly and Phillip spoke with their interviewee, they proceeded to inform viewers of what was coming up later in the show.

To do this, a montage of highlights was displayed over the live screen but as John made his exit, those watching at hime could hear him thanking Holly, leaving her to explain what had happened off screen. 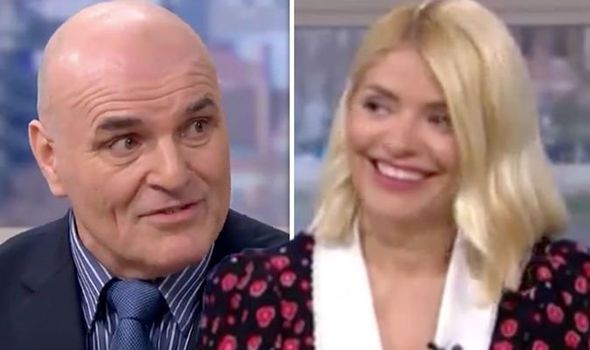 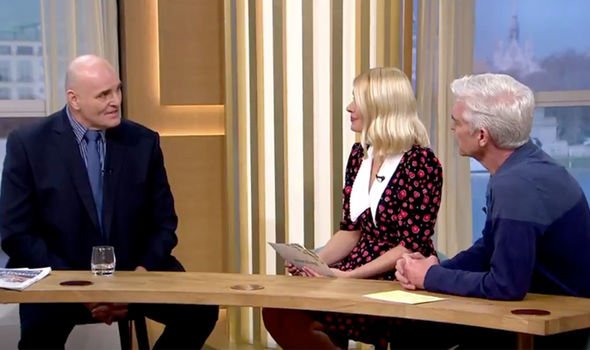 As the live feed returned, Holly and Phillip had made their way to the sofa and were struggling to hold their composure.

Although he was going to carry on with the next segment, the latter stopped as he explained: “The reason you heard John say ’Thank you Holly’, was – he was hidden underneath, you couldn’t see – she gave him a peck on the cheek.”

Holly added: “I like to kiss the guests goodbye, what can I say? I’m being polite,” as her co-host chuckled away.

Startled by how John had spoken despite them trying to inform viewers of the schedule, Phillip remarked: “The random ‘Thank you Holly,’ came out of nowhere.” 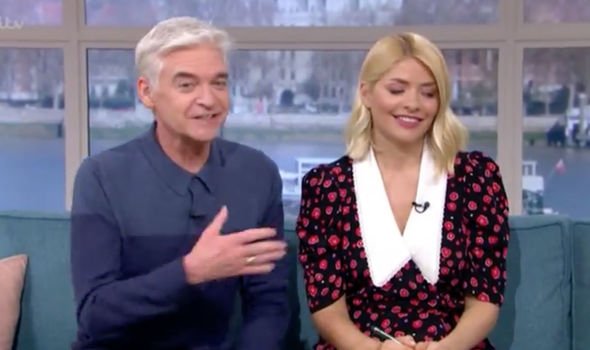 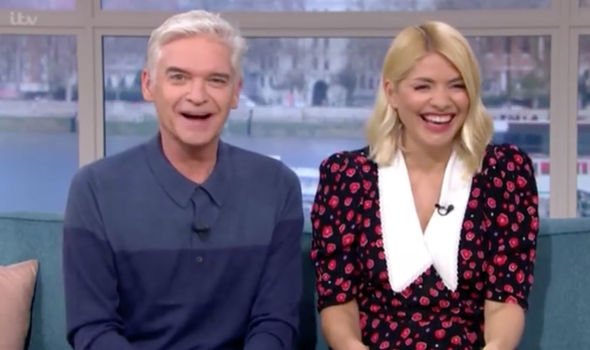 “He’s done enough. It’s been an uphill battle for him,” John explained, before adding: “I think it’s in the back of his mind.

“He can’t do anymore. He’s won every professional title. Enough is enough. There’s more to life now. He’s given it his all.

“He’s got no more to prove. He’s proven he’s been a worthy champion from this country. He’s been 13 years as a pro and he’s always been the opponent.”

“He’s 32 years old. He’s got a young family and I do believe his children deserve their father. He’s done enough and that’s my opinion,” John added.

On This Morning, Tyson’s father talked about his son’s struggles with his mental health and how Saturday’s fight showed he is still on top.

“Obviously, two years ago, this was out of reach completely,” he explained, before adding: “It was just a get well factor and live a normal life.

“But to go from that to this, it’s a phenomena. History made.”

Even though Tyson’s father was on hand to help begin the show, viewers were elated to see Holly and Phillip back hosting.

Taking to Twitter, one wrote: “Welcome back holly and Phil #ThisMorning.”

Whilst a third commented: “#ThisMorning holly and phil back today,” followed by a clapping hands emoji.

This Morning airs weekdays at 10am on ITV.