JACK Savoretti is still pinching himself about a particular song credit on his new album.

There in small print on the back page of the booklet accompanying Singing To Strangers, underneath the intriguing title Touchy Situation, it says, wait for it, “J.Savoretti/B.Dylan.” Yes, the English-Italian star has a co-write with Bob Dylan, the Nobel laureate who penned Blowin’ In The Wind and Like A Rolling Stone.

“I still giggle when I see that credit,” says Savoretti. “I’ve literally sat down a little bit tipsy and giggled to myself about it.

“I feel like the guy who saw the bag of money and just grabbed it and ran.”

The song is further confirmation of the steady rise of the 35-year-old singer with a soulful rasp and a fierce dedication to his craft. It appears on his most ambitious album to date, his sixth studio effort, a lush, orchestrated, shamelessly romantic opus that doesn’t hold back.

It’s 12 years since Savoretti, a good-looking dude with a full head of dark brown hair that doesn’t always behave itself, released his debut album Between The Minds.

With an Italian father and a German/Polish mother, he spent his formative years in the UK but there are hints of his European parentage in his accented English.

“I feel European,” he says, stroking a chin covered in something that sits between designer stubble and a modest beard. “If I’m here, I don’t necessarily feel at home and if I’m in Italy I don’t feel at home either.

“In Italy, they have at least embraced me as Italian. I’m the prodigal son who came home

“I wouldn’t be surprised if they gave me citizenship!” 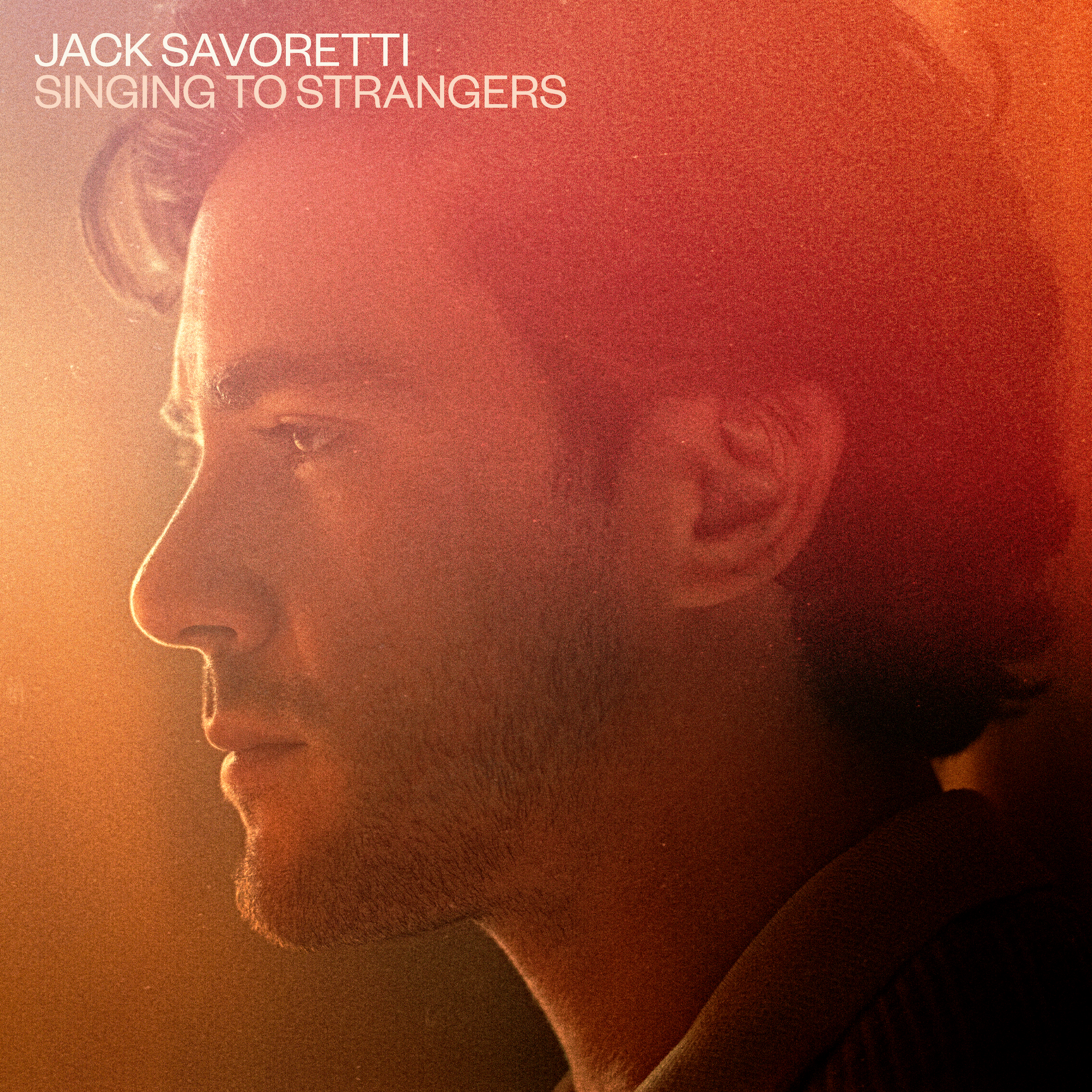 Savoretti is married to actress Jemma Powell (whose credits include Foyle’s War and Tim Burton’s Alice In Wonderland) and has two children, daughter Connie, seven, and son Winter, three . . . more on those little loves of his life later.

And he’s in refreshingly unguarded form when we meet one March morning over coffee to regale me with fascinating back stories to his bold new record.

“It might be my Italian blood but, to me, every album is like a restaurant . . . if one works, I get to open another“But I don’t want them to be like McDonald’s with the same menu each time.

“I don’t want to disrespect anyone who does that but I’m proving the point with this new record.”

He puts the album’s vibe down to his European background and all the passionate blood coursing through his veins. “It’s atmospheric, it’s melancholic . . . it’s my Italian DNA,” he says“I also think it’s to do with me growing up by the sea. I wanted the songs to have gravitas so I started listening to a lot of cinematic Italian and French music including Serge Gainsbourg’s Histoire de Melody Nelson.”

Savoretti fully embraces romanticism in his new songs but explains: “It’s just a feeling, not necessarily what you say to somebody. 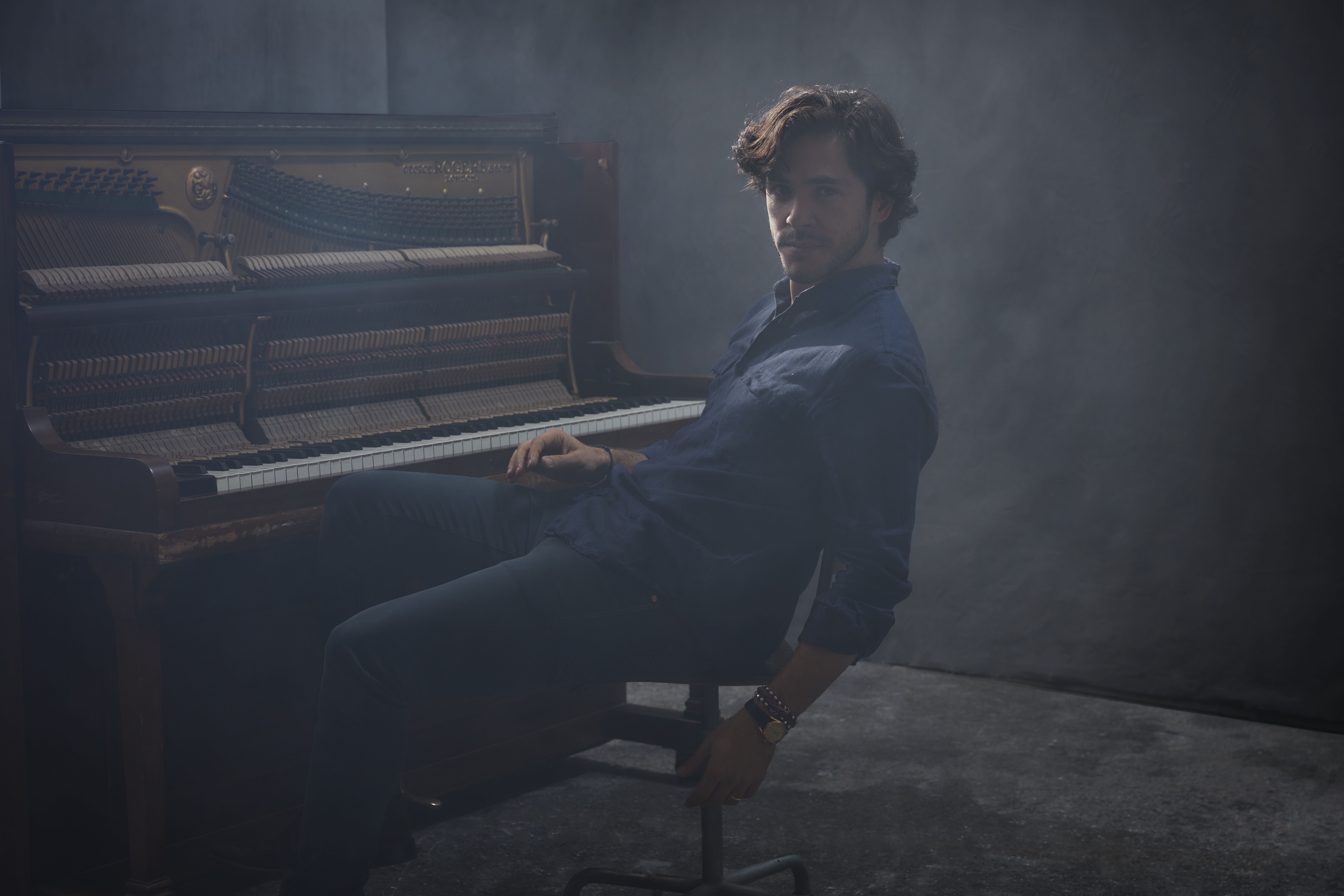 “A park bench can be romantic or a rolled-up newspaper. Paul Simon made the zoo romantic. Romance can be comical, it can be sad, it can be feel good, it’s not just ‘Baby I love you’.

The album was recorded at spaghetti western soundtrack legend Ennio Morricone’s studio in Rome, where else, and the tone is set by the orchestral sweep of opening song Candlelight.

He remembers saying to producer Cam Blackwood and the empathetic bunch of musicians who play with him: “Guys, I really want to embrace my heritage.” He even got his band to dress smartly in the studio rather than the “usual T-shirts and shorts” simply to get them in the right mood.

But Bob Dylan, it seems, is also part of that heritage. The first ever gig he attended was by Dylan in Zurich. “I was 17 years old and my high-school sweetheart took me. 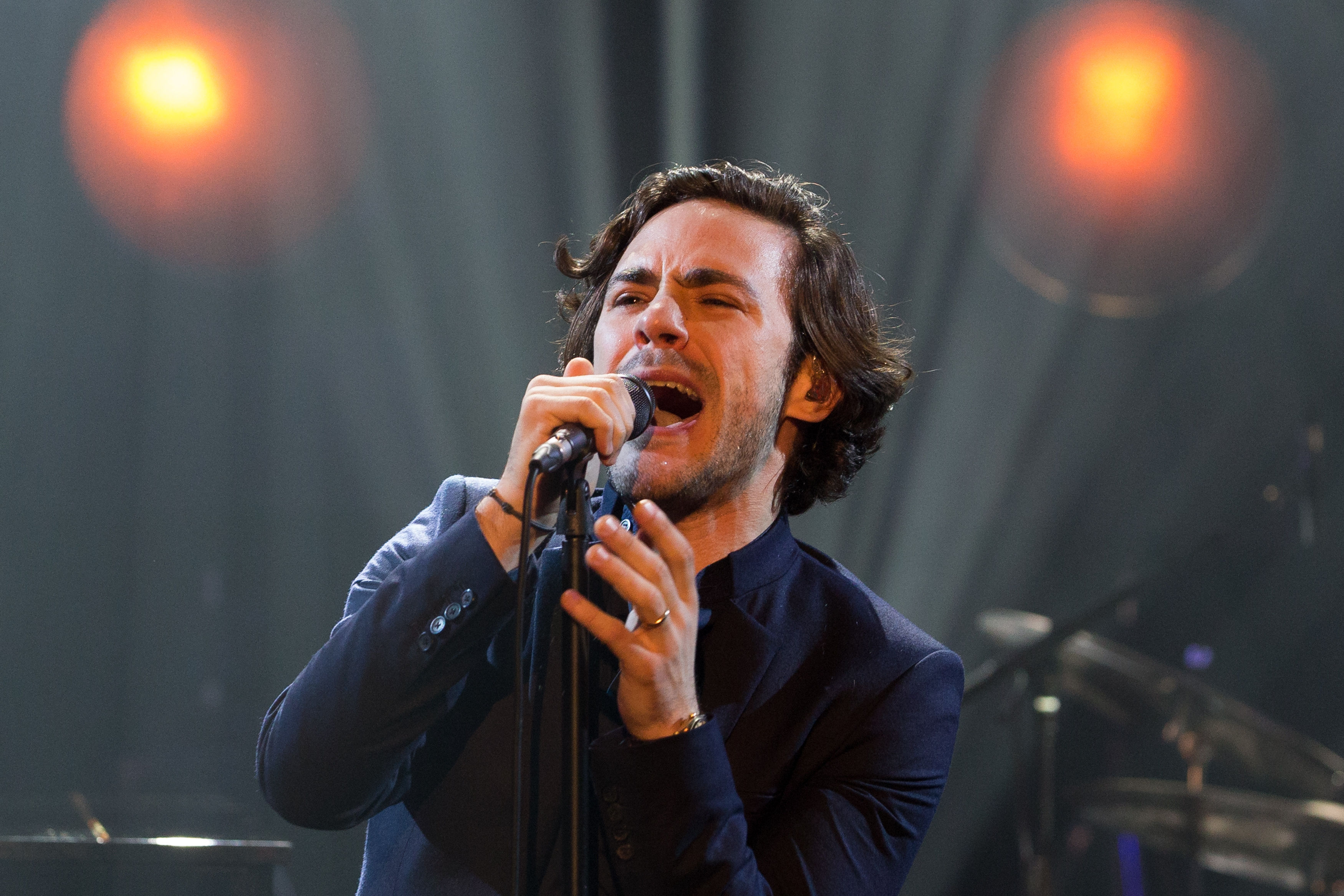 “It was Hurricane that got me into him and that whole Desire album. I loved One More Cup Of Coffee.”

Wind forward to 2015 and Savoretti’s breakthrough album Written In Scars and you’ll find that one of the key tracks is Dylan’s little-known Nobody ’Cept You, an outtake from his 1974 album Planet Waves.

“That song changed my life,” says Savoretti. “That’s a cliché but it really did.”

The latest Dylan connection, Touchy Situation, came about after his American managers tried to set up a songwriting session for him with alt-country legend Steve Earle. 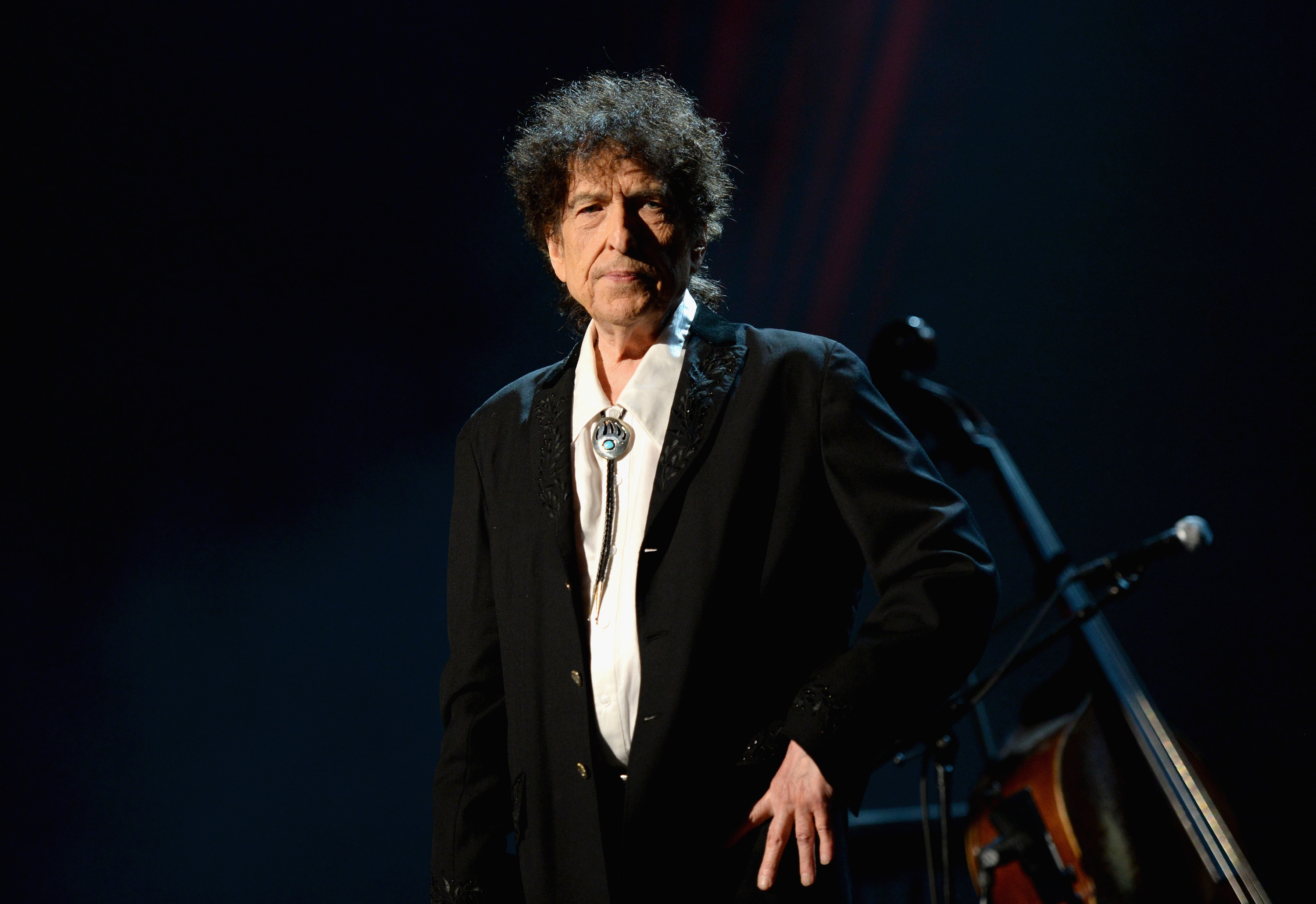 It didn’t materialise but to make amends, a tantalising email arrived from the States.

Savoretti picks up the story: “The email said, ‘Sorry the Steve Earle session didn’t happen, but listen, we’ve found a suitcase in the office filled with unused lyrics of Bob’s from the Nineties.

“My response was, ‘Hell, yeah!’ but didn’t believe they’d actually send any. Then, about two days later, I got another email that had been forwarded by Bob himself containing some lyrics.

“It just said, ‘Here they are,’ and was signed ‘Bob’. I was in the kitchen with my wife and said to her, ‘I think these are Bob Dylan’s lyrics!’.”

After initial frustration with the song that quickly led to exasperation, his wife Jemma saved the day by suggesting he tried a different approach.

“She said, ‘Why don’t you walk away from it for a second, forget about the lyrics and just sit at the piano’.”

The lightbulb moment happened when he decided to “make music rather than attempting a Dylan-style folk song.

“Suddenly I felt it was my song . . . his words but my song. The next thing was to get it okayed. The tension was terrible! 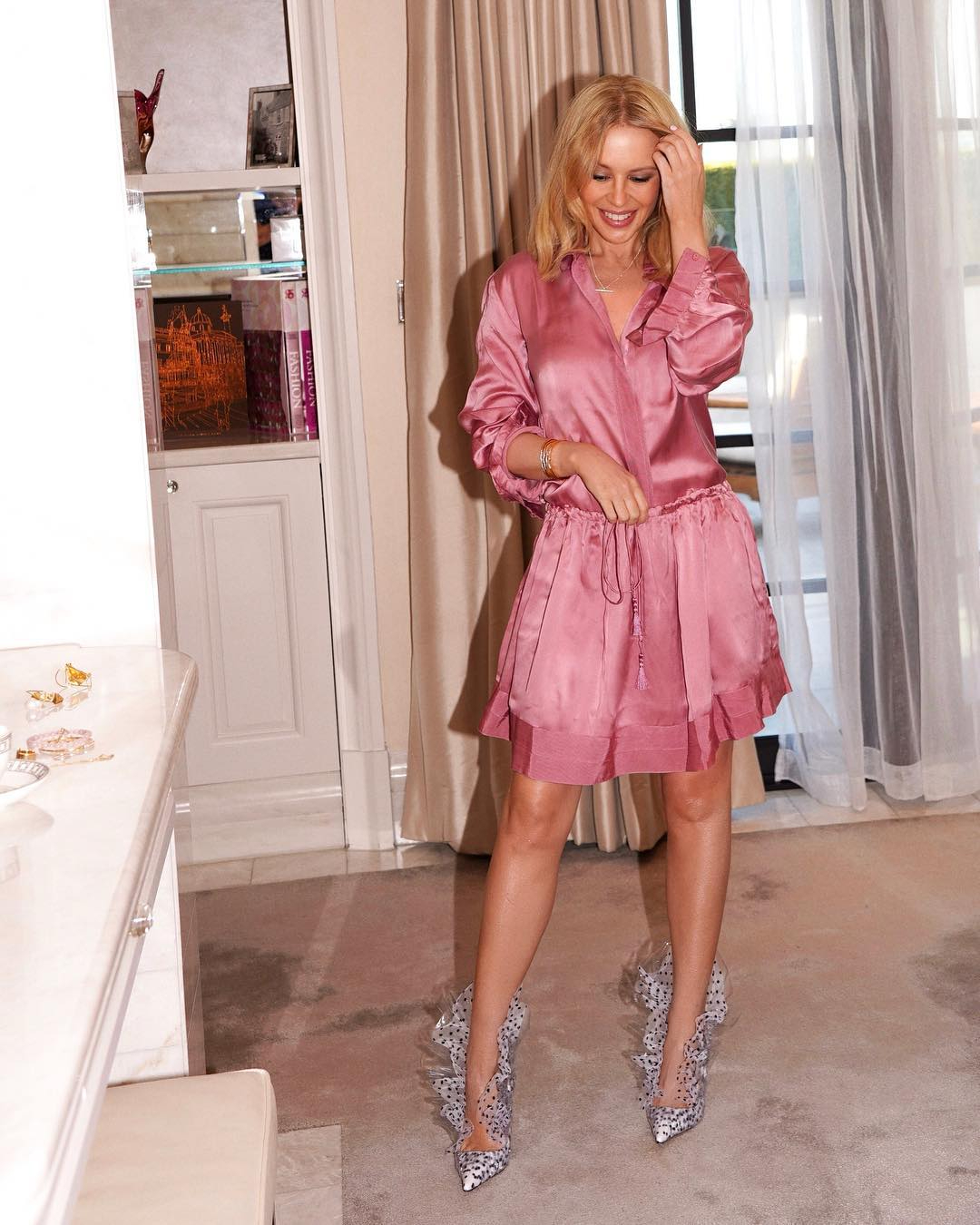 “I don’t know if Dylan has heard it. I hope so and that he likes it but I got approval.”

It wasn’t until recently that Savoretti’s father found out about the co-write. “I’d completely forgotten to tell him and he said, ‘What’s this Dylan song everyone’s talking about? How the f*** did you pull that off?’”

Another sprinkling of stardust can be found at the end of Singing To Strangers, his duet with Kylie Minogue, Music’s Too Sad Without You.

The song had appeared on her latest album, Golden, and this time round it’s an atmospheric live performance from Venice.

Originally, the pair were asked to sing an acoustic cover of the old gospel song Rivers Of Babylon, made famous by Boney M.

But Savoretti had other ideas “because I wanted to hear her sing a sad song. I loved her duet with Nick Cave on Where The Wild Roses Grow.

“She’s survived so much crap with relationships, health etc . . .  and sometimes that’s lost. I kept thinking about Edith Piaf, a strong performer who kept on entertaining despite all the emotional stuff going on inside.

“I met Kylie, shook hands, had a cup of tea, spoke about the Boney M thing and very quickly said, ‘Do you really want to do this?’. Answer, ‘Not really’.

“So I sat at the piano and played the first verse and chorus of Music’s Too Sad Without You. Her reaction was, ‘It’s a bit depressing’. My friend Sam looked at me as if to say, ‘You idiot, you’ve just blown an opportunity to work with Kylie’.

“But then she said, ‘Give me the mic’. She totally dived into the song. She has this magic gift of feeling everything she sings.”

A month later, Savoretti got the news he’d been hoping for . . . the song was on Kylie’s album.

Next I ask why he called the album Singing To Strangers, also the intimate title track written at the end of the recording process.

“My children are my reason for giving value to romance. It’s part and parcel of being a dad. They’re at wonderful ages and ‘singing to strangers’ was something my daughter said to a friend of hers.

“They were having the usual ‘What does your dad do?’ chat. And I overheard her saying, ‘I think he goes around the world singing to strangers’.

“At first I wanted to disagree but then I thought, ‘Actually she’s right’. She’s the wise one, the little Buddha in our house.

“She looks at me, analyses me and calls me out for all my crap. She’s like, ‘No Papa, you can’t be like that’ or, ‘No Papa, don’t say that to Mama’. There’s no filter yet. My son is more the joker, he’s got a very dry sense of humour.” 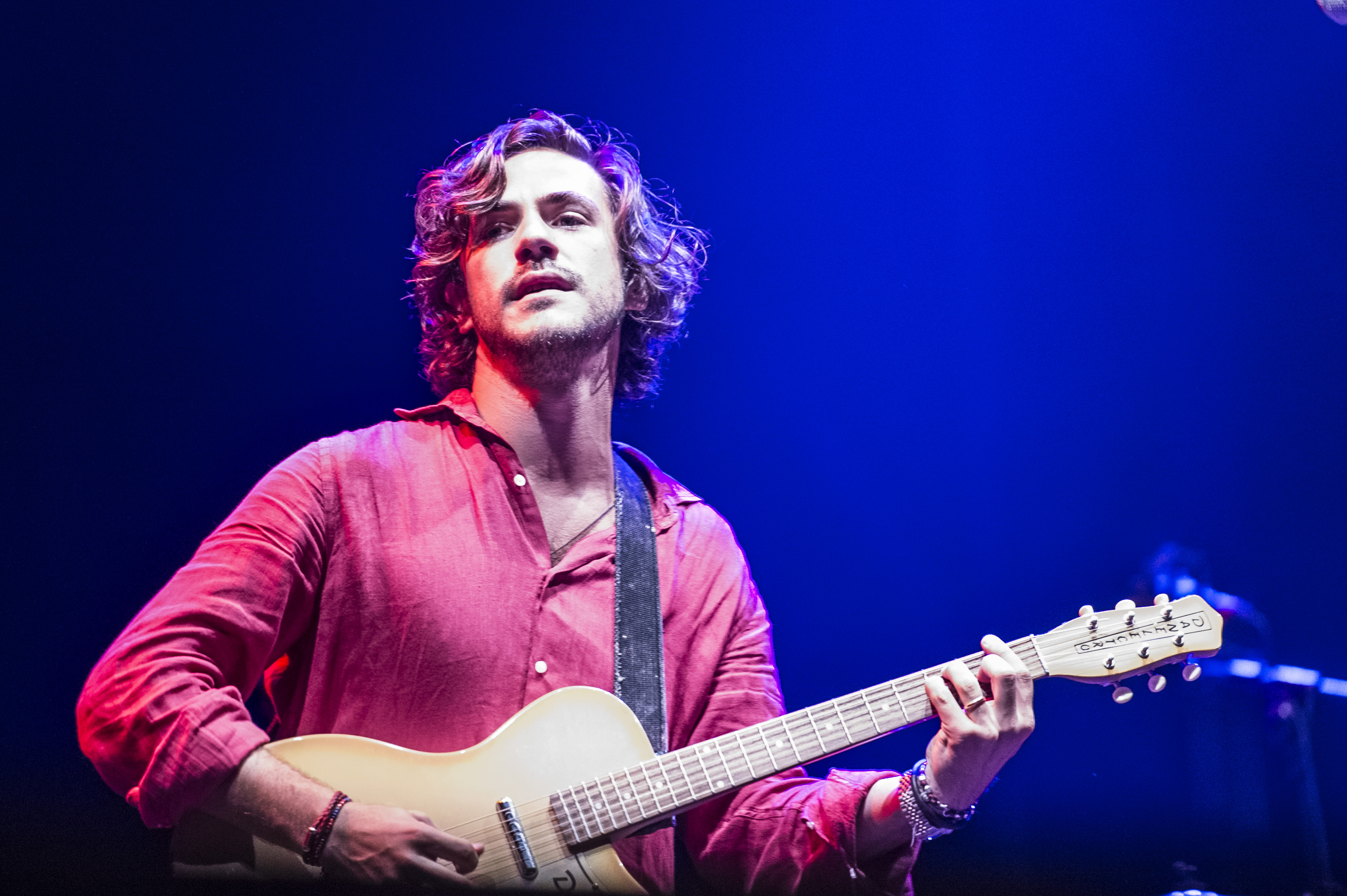 Daughter Connie has also changed Savoretti’s opinion of the UK’s most successful album of 2018, The Greatest Showman soundtrack.

“She’s been dancing and singing around the house and I’m thinking, ‘Man, I’d love to write something that makes you do that’. I didn’t get it at first, now I’m obsessed with it.”

Singing To Strangers probably won’t sell quite as many copies as The Greatest Showman.

But there’s no doubt that after years of valiant endeavour, Jack Savoretti’s time is now.