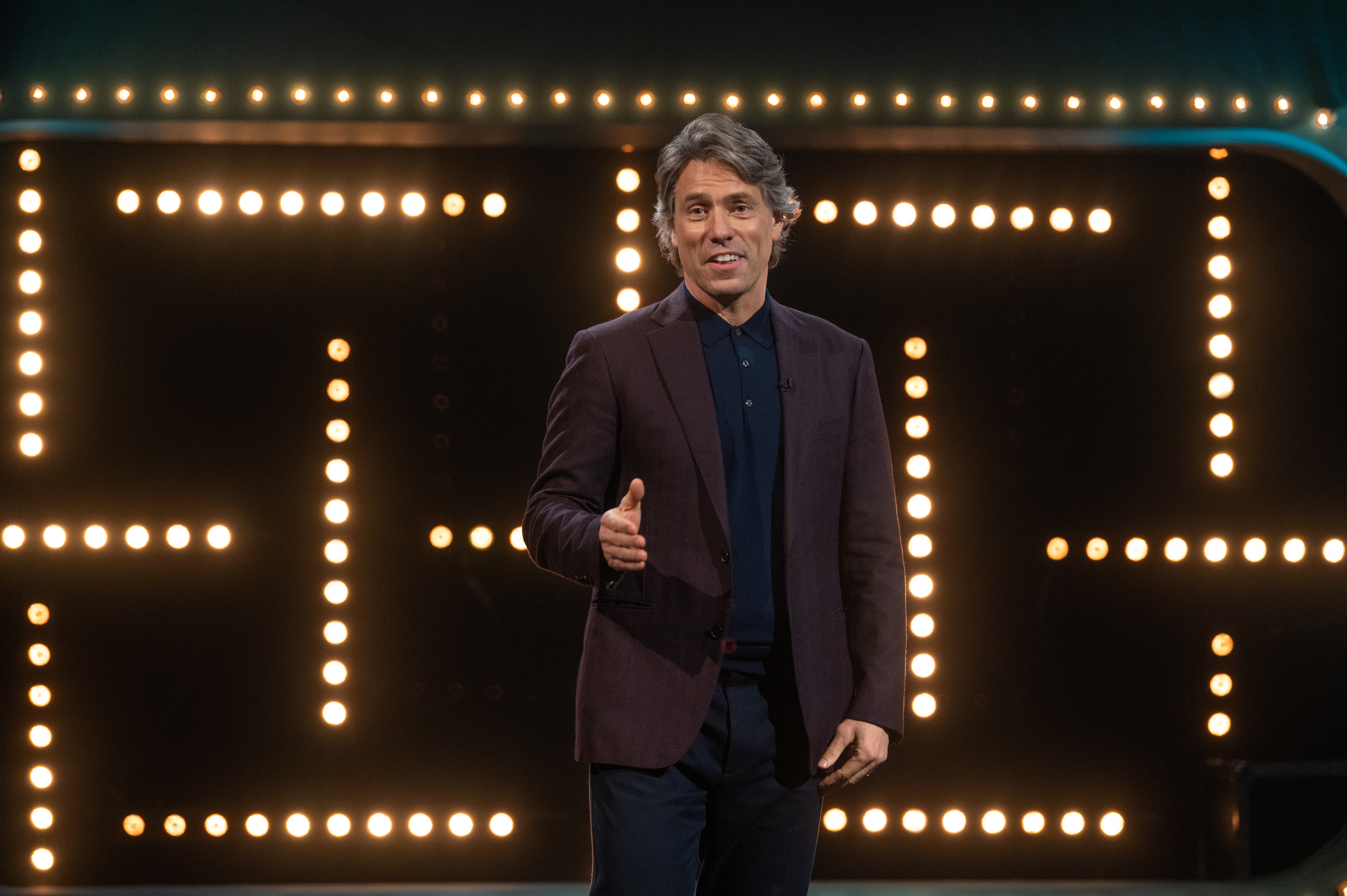 Comedian and actor John Bishop said he will be changing some of his stand-up gags for the small-screen ahead of his new chat show soon to air on ITV.

John, 55, has been a regular fixture on the comedy circuit in recent years and has also turned his hand to acting, having roles in Skins and more recently, Doctor Who.

But the much-loved star will be back on-screen in a big Saturday night venture this weekend, as the host of an ITV chat show.

Suitably titled The John Bishop Show, the series will see John performing stand-up, as well as interviewing some famous faces.

Now, he’s opened up on how he’ll be amending his jokes for TV viewers, explaining why it’s very different being in front of a live arena audience.

John shared: ‘When I am on tour I can say anything I want on stage and you can work within the parameters of the audience feedback because it’s immediate.

‘When it’s on telly I get judged in a different way. If people want to get offended they will get offended before you’ve even finished your sentence.

‘It gets judged by a different world,’ he told the Daily Star.

John said he feels it’s important to slightly alter some of his jokes, due to having a different audience on TV.

While he noted those who attend his comedy gigs are there as fans who’ve bought tickets, he recognised not everyone watching at home may be a fan of his style.

‘You have got to change things to accommodate as many people as possible without losing the essence of what I do.

‘It’s a tightrope that can be walked,’ he added.

The Liverpudlian has been given the slot on ITV as a revived version of his previous BBC comedy-variety show, which was filmed at the Hackney Empire Theatre.

As well as welcoming a variety of celebrity guests on the sofa, John will have on-hand a team of stand-ups from all over the world.

But he previously spoke on how it might be tricky to film during Covid times, meaning some guests may have to appear via Zoom.

‘We record the show on the day that it goes out,’ John told Metro.co.uk. ‘The difficulty with doing it now is whoever you’ve booked could disappear.

‘Somebody they’ve been in the post office with could test positive so all of a sudden everything gets thrown up in the air.’

‘In fact, that gives me a great niche in that I could just list everybody. I could say Barack Obama and Adele will appear,’ he joked.

But however it’s filmed, the six-parter is bound to give viewers some laughs on cold winter Saturday nights – we can’t wait.

The John Bishop Show will air this Saturday on ITV at 9.30pm.

'90 Day Fiance': Geoffrey Paschel Goes Into Detail About How TLC Pulled Off the Craziest Confrontation of the Season