Kate Garraway was welcomed back to Good Morning Britain with a round of applause as she returned after receiving her MBE.

The star was included on the New Year honours list for services to broadcasting, journalism and charity.

Introducing Kate on the show after hearing a giggle from her side of the studio, Susanna Reid declared: ‘Lady Garraway MBE over there! Congratulations.’

‘Thank you very much indeed!’ Kate said, as the team applauded her.

‘How are you doing?’ Susanna, 51, asked, as Kate, 54, quipped: ‘Well, it hasn’t made me any more competent unfortunately! I laughed when I shouldn’t have done just then, so sorry!’

‘You do get to stand up at the bar,’ Ben Shephard, 47, added, with Kate responding: ‘Which is wrong! Because you should be standing and I should be reclining on a chaise lounge.’ 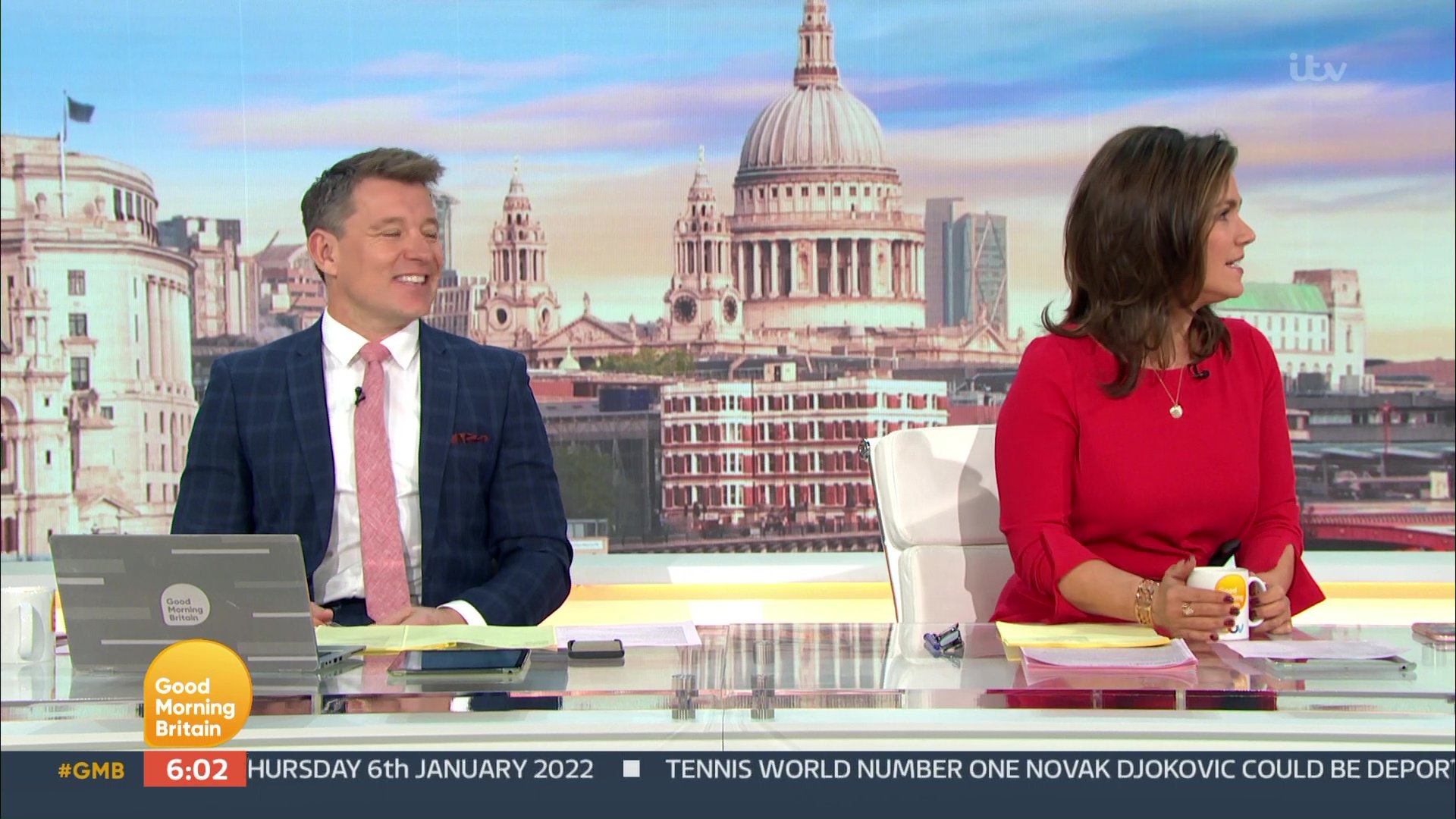 Kate was honoured with an MBE following a difficult couple of years, as she’s supported her husband Derek Draper amid his battle with Covid-19.

In a career spanning decades, Kate has presented on GMTV, GMB and Lorraine and, last year, won the authored documentary prize at the National Television Awards for her hard-hitting documentary Finding Derek.

The documentary followed her struggle to bring her husband Derek home from hospital after he fell seriously ill with Covid-19 in March 2020.

He spent a year in hospital and, while he is now free of the virus, he has sustained long-lasting damage to his organs and his recovery is ongoing.

As well as the documentary, Kate has been praised for being so open on social media and in her book about the experience.

Recently, Derek was able to enjoy his first outing with his family since he fell ill, attending a pantomime with Kate and their two children, Darcey and Billy.

Derek was seen sitting up in a wheelchair with a blanket over his knees to keep out the chill, as well as a surgical mask around his chin while outside, in his first public outing since leaving hospital.

The couple appeared to be in great spirits as Kate chatted to friends after watching Cinderella at Richmond Theatre in West London.

Why did Narcos Mexico end after season 3?

How Many Awards Has 'The Marvelous Mrs. Maisel' Won?