“Vikings,” the network’s only remaining scripted series, is in its final season 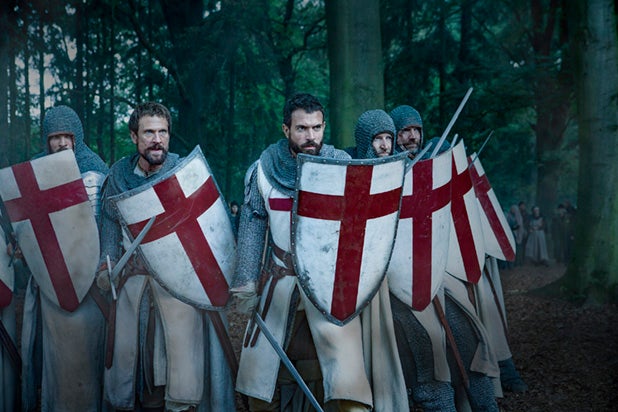 History has canceled two of its scripted series, “Knightfall” and “Project Blue Book,” TheWrap has learned. Both shows aired two seasons on the network.

The decision comes as the channel’s only other scripted series, the long-running “Vikings,” is set to end with the second half of Season 6 later this year. However, according to an individual familiar with the matter, History is not looking to exit the scripted programming space, and the network does have additional scripted projects in the pipeline that have not yet been announced.

“Knightfall” wrapped its two-season run on the network last spring. Led by Tom Cullen, the series examined medieval politics and warfare of the Knights Templar, the most powerful, wealthy and mysterious military order of the Middle Ages. “Star Wars” star Mark Hamill joined the cast for Season 2.

The show, created by Don Handfield and Richard Rayner, was produced by A+E Studios, The Combine and Midnight Radio. Aaron Helbing served as showrunner and executive producer.

“Project Blue Book” was also a period piece, inspired by the personal experiences of Dr. J. Allen Hynek (played by “Game of Thrones” alum Aidan Gillen) amid the top-secret military investigations into UFOs and related phenomena in the 1950s and ’60s. It finished airing its second season back in March.