LOCKDOWN left Elbow feeling “bewildered, nostalgic and far from the people they loved”.

They turned the experience into their ninth album, the stunning Flying Dream 1. 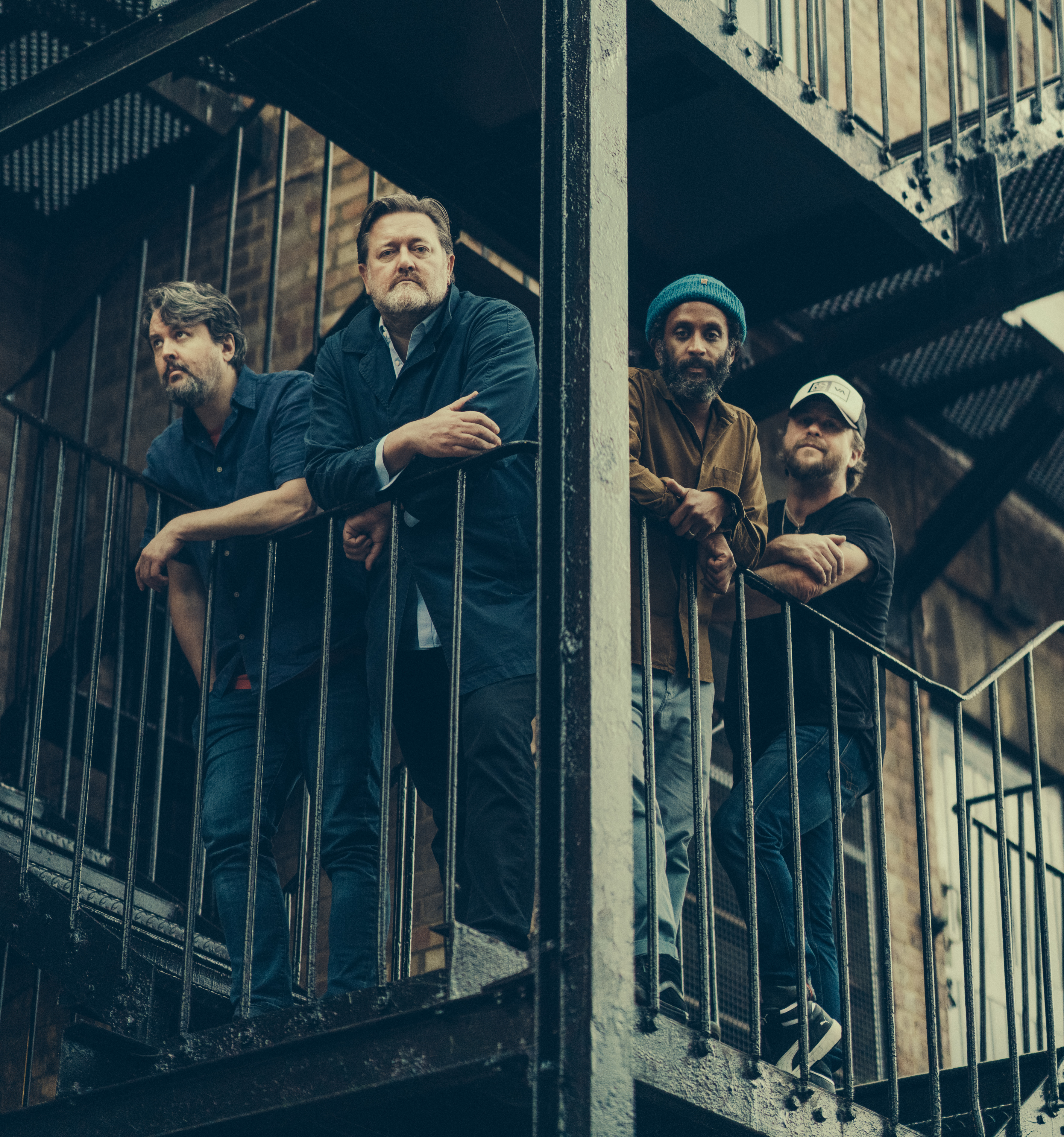 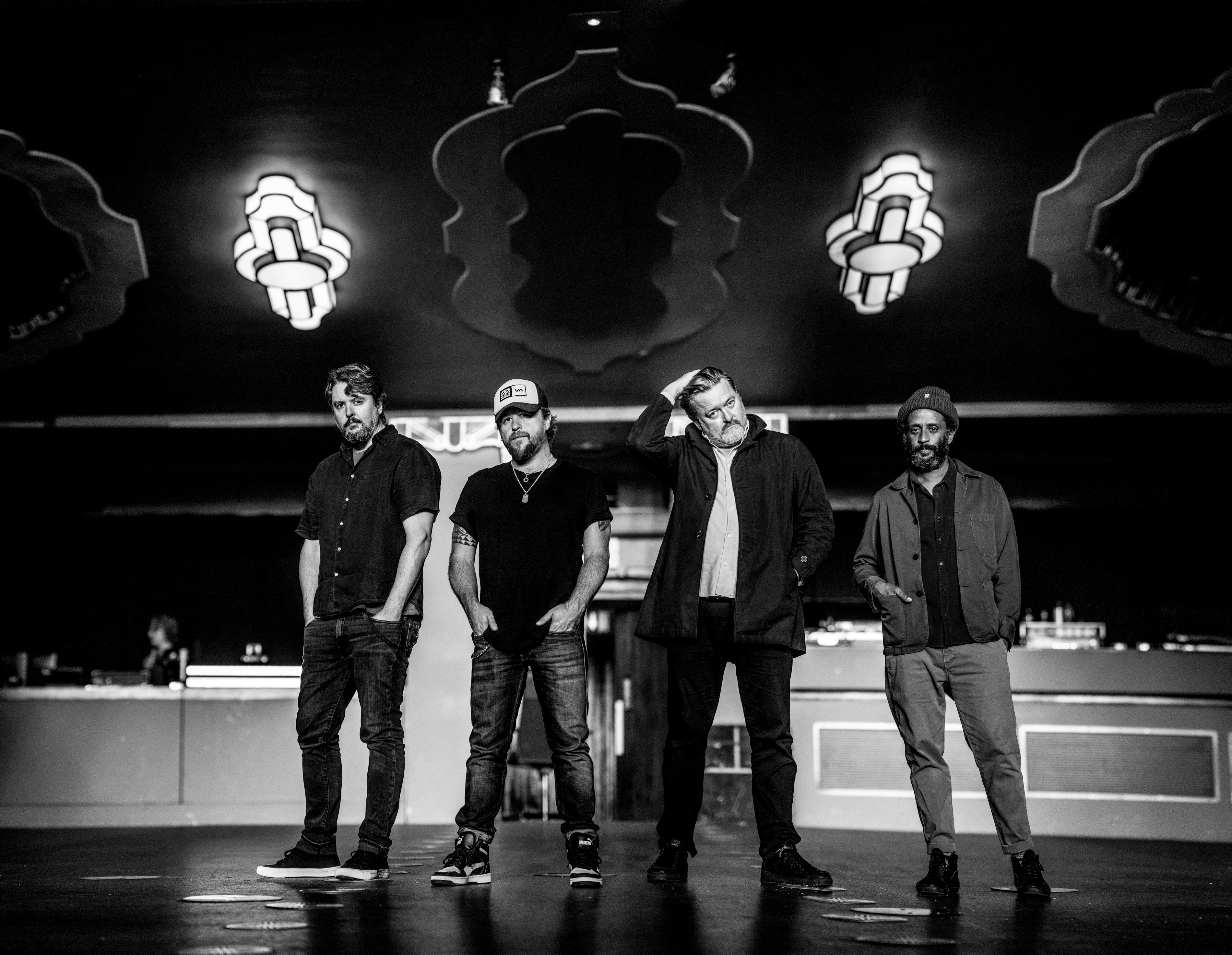 “And the pandemic has included plenty of drama. It’s a gentle and love-filled record. The gentler side of what we do has always been our favourite stuff. This is something that could only happen in these times. If we’d been out touring instead of in lockdown at home, I’m sure it would have been an angry, heavy rock record like the one before it.”

Garvey is in good spirits full of warmth and charm at his studio in Brixton, South London.

It has been an early start, as his toddler son Jack (with wife and Detectorists actress Rachael Stirling) woke him early. “We played a bit and then made up a song about ants,” he laughs. “He’s recently started little school and is gorgeous.”

Garvey says the music he was sent offered the only indication of how his bandmates — Craig Potter (keyboard, piano, production), Mark Potter (guitar) and Pete Turner (bass) — were coping with the pandemic.

He says: “It’s the longest we’ve ever been apart. And because we all had different schedules — the lads were home-schooling their kids in Manchester while I was in London with Rachael and Jack — we could never pin down a time when we were all there. So we’d communicate by text with the four of us always on the thread, never really going into any individual details.

‘So in love with life’

“The only indication I had of how my best mates were was how the music sounded. When Pete submitted the music for Calm And Happy, it sounds how he felt — spooky and worried.”

The album recalls the ethereal minimalism of Talk Talk’s later work. Garvey says its creation was a lifeline for the band, which formed in Bury in 1997. He adds: “Having some progress at the end of every day as we made the record really helped. For me it was an important time, as Rachael’s mum came to live with us in March and died in the September.”

Garvey’s mother-in-law was screen icon Diana Rigg who died aged 82 in the autumn of 2020 after being diagnosed with lung cancer earlier in the year.

Garvey says of those days: “It was sad but also incredibly uplifting. You hear the cliche about it being a privilege to spend the last days with someone but it really was.

“I made a great friend in Diana. We were mates. Rachael said the theatres got dark when her mum got ill. Diana was so in love with life, there was no anguish with her. She was so pragmatic and so brave. She’d say, ‘I’ve had a wonderful time and I’m not scared’.

“My wife was a f***ing miracle, just incredible. She had to be Jack’s mum, a daughter and a 24-hour nurse, having to remember the drug regime at the same time as being buoyant and a wonderful mum. I married a bloody angel, as she pushed me to still work. So we started making Elbow lockdown videos. When I look at them now, you can see how troubled I am in my face. I look ravaged. And I think it was just that kind of, ‘F***ing hell, what’s going on?’ feeling.”

At the end of every video, you see a list of the fans who requested that song. And they were all requesting the more romantic and gentle songs.

Elbow recorded their #elbowrooms sessions during the first lockdown, uploading the clips to YouTube. Those performances would become the inspiration to start writing a new record. Garvey says: “At the end of every video, you see a list of the fans who requested that song.

“And they were all requesting the more romantic and gentle songs. So we said how great it would be to come out the other side with a piece of work to show for it.

“All that beautiful stuff is our favourite music that we’ve done — songs like Scattered Black And Whites (from debut album Asleep In The Back) and Switching Off (from 2003’s Cast Of Thousands).”

Garvey says it was an organic process with the band sending him music while he sang as thoughts entered his head. One track created in this way is The Seldom Seen Kid, which shares a name with the band’s classic 2008 album. Both were inspired by Garvey’s friend Bryan Glancy, who died in 2006.

Garvey says: “I had my microphone open at my desk, looking out the window and it was raining. And I didn’t utter a sound for about an hour. I just listened to what Craig had sent me on loop. Then I started saying what I saw — the rain filling up my roses, old pictures around the room, including photos of Bryan Glancy. I imagined him and Rachael meeting and what an explosion it would be and how much they’d love each other.

“All the band know the two people I’m writing about really well. And so when it gets to that lyric and ‘the twirling of chaos and calm’, that’s when they brought in their music — the piano and the bass. That piece of music is their love for the two people in the song.”

With everybody reordering their priorities in lockdown and spending more time with family, Garvey says there are songs inspired by his loved ones. The gentle and lilting Come On, Blue was inspired by his son Jack, now four.

The singer confirms: “It was written to Jack, really. And it was one that Pot (Mark Potter) started musically. It had such a comforting chorus musically that I thought of it as a piece of music meant to bring comfort. The way Pot had written it, it had something magical and it reminded me of the night sky, which was completely visible because there was no pollution.

“The whole song is about how when people are gone, they’re never truly gone. Which was kind of inspired by talking about Bryan again. The song is me and Jack stargazing. Eventually, one day, he will stargaze on his own after I’m gone. But I want him to feel me there with him and to know I love him.”

The swirling, anthemic What Am I Without You is another standout. Garvey says of the album closer: “It’s familiar territory. It’s a simple message. We’ve got a very Beach Boys lift to it — it’s God Only Knows. It was this crazy piece of music Craig put together.

“We decided the place for it was at the end of the record, to lift the spirits, because we were in an empty theatre. It’s bruised, it’s wistful and full of soul. It sounds like I’m talking to Jack, saying, ‘What am I on the Earth for if not to put you to bed?’

“I was writing about Rachael and her looking after her mum. It says how I’ve been watching her walk on water lately, as she worked miracles keeping us all together and keeping us working. Flying Dream 1 is a happy record by great big striving yards. There’s nothing remorseful or dull about it. But it’s still very mellow. And then right at the end, there’s a huge anthem of love.”

It was a bunch of middle-aged men getting teary about seeing each other — and then we got p***ed!

Friends for almost 25 years, lockdown forced Elbow into their longest break ever.
So reuniting to record Flying Dream 1 at an empty Theatre Royal in Brighton was a big celebration.

Garvey says: “It was a bunch of middle-aged men getting teary about seeing each other — and then we got p***ed! We drank a lot. That was the first thing we did before performing in front of each other to this great big auditorium.”

Elbow’s manager suggested studios including Real World and Rockfield but the band did not want to go anywhere residential. Garvey says: “We couldn’t do it in Manchester because we had to ‘bubble’ to do this album and bubbling too close to home is really stressful. You want to see your kids and family but you can’t, even though you’re around the corner.

“It was the same for London. So we thought about an old theatre and decided to do it. We’ve always wanted to make an album kind of live but with a studio environment.

“The theatre had a curfew of 10pm, which was instrumental in making the album. If we were allowed to carry on later, you get drunker and end up undoing all your decisions the next day. This time we’d get to bed about midnight and get there the next morning when it opened, so it kept everything buoyant, kept it fun.

“And the marvellous thing was we got together in Brighton, a city we don’t know that well but we have history with. We got our first chart place on tour there: Asleep In The Back was No14. We were on the beach in Brighton when our tour manager told us, 20 years ago.”

‘We belong on the road’

I ask how they have stayed grounded when other bands let egos and arguments get in the way.

Garvey says: “It’s usually the people around artists that are the problem. We once did this big charity event with Coldplay and Lady Gaga and were told by her security nobody was allowed outside their dressing rooms when she was walking around backstage.

“So there we were in our dressing room for ten minutes when Chris Martin knocks on the door and says, ‘Do you want a picture taken with Gaga?’ So we all had a big photo taken with her. She was lovely and had no f***ing idea about the rules being made up about her.”

On Tuesday, Elbow played Night & Day in Manchester for Passport: Back To Our Roots, a nationwide series of one-off gigs supporting independent venues.

Garvey says: “The last time we played there was 15 years ago. These places are always on the breadline. They’re run for love and art. So we wanted to do what we could to make sure they saw it through the worst of the pandemic.

“Anywhere else in the world they treat rock music like they do ballet or opera — it is given respect. Music makes millions in tax for this country but it isn’t given the same respect. It makes us look stupid.”

But looking ahead, all of Elbow turn 50 in three years. It would be nice to have ten albums by then.

Getting back on the road has been a blessing for the band.

Garvey says: “It’s where we belong and with this new record being special, we’ve lots to look forward to. I’d love a proper residency in a theatre for a week. But looking ahead, all of Elbow turn 50 in three years. It would be nice to have ten albums by then. 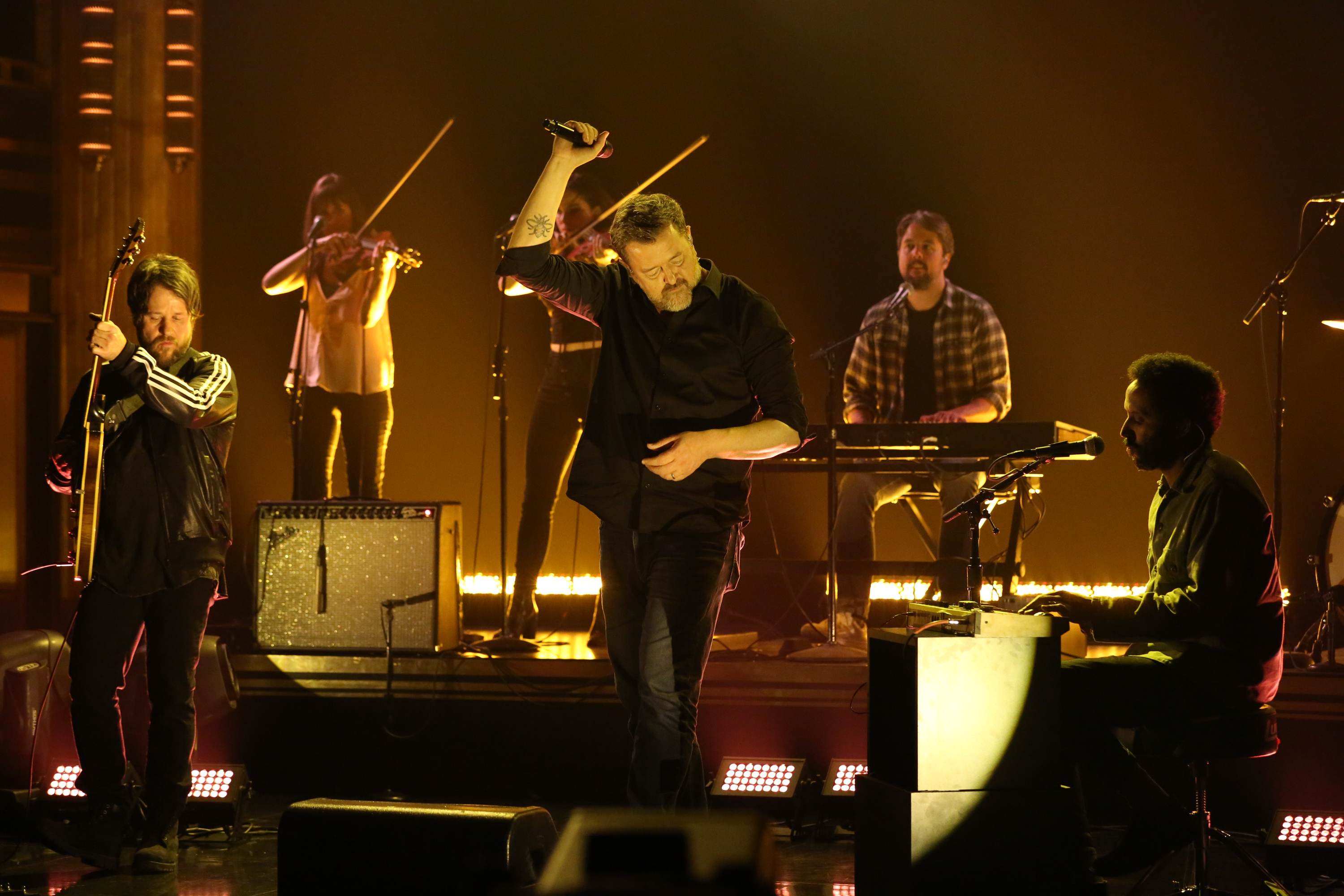 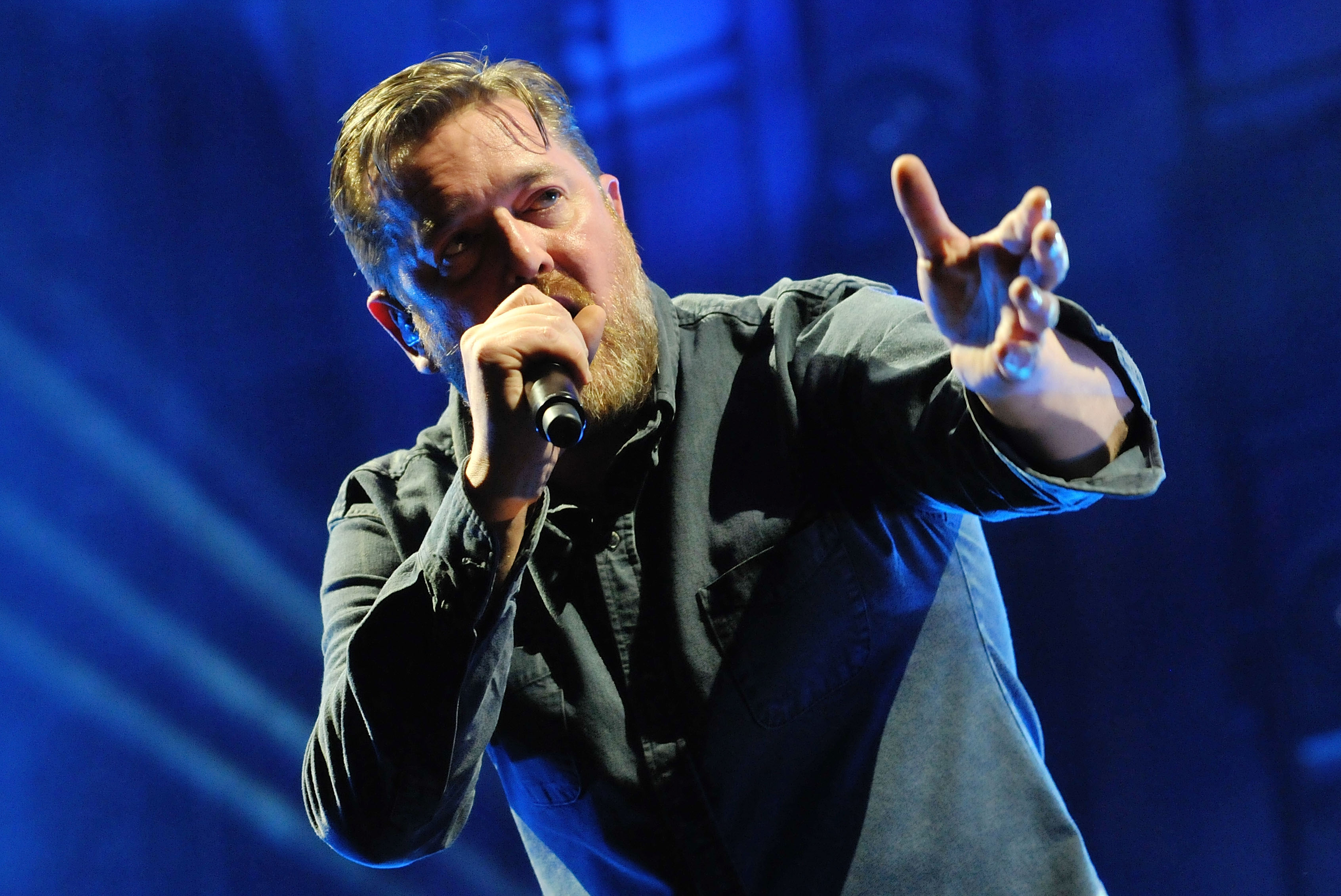 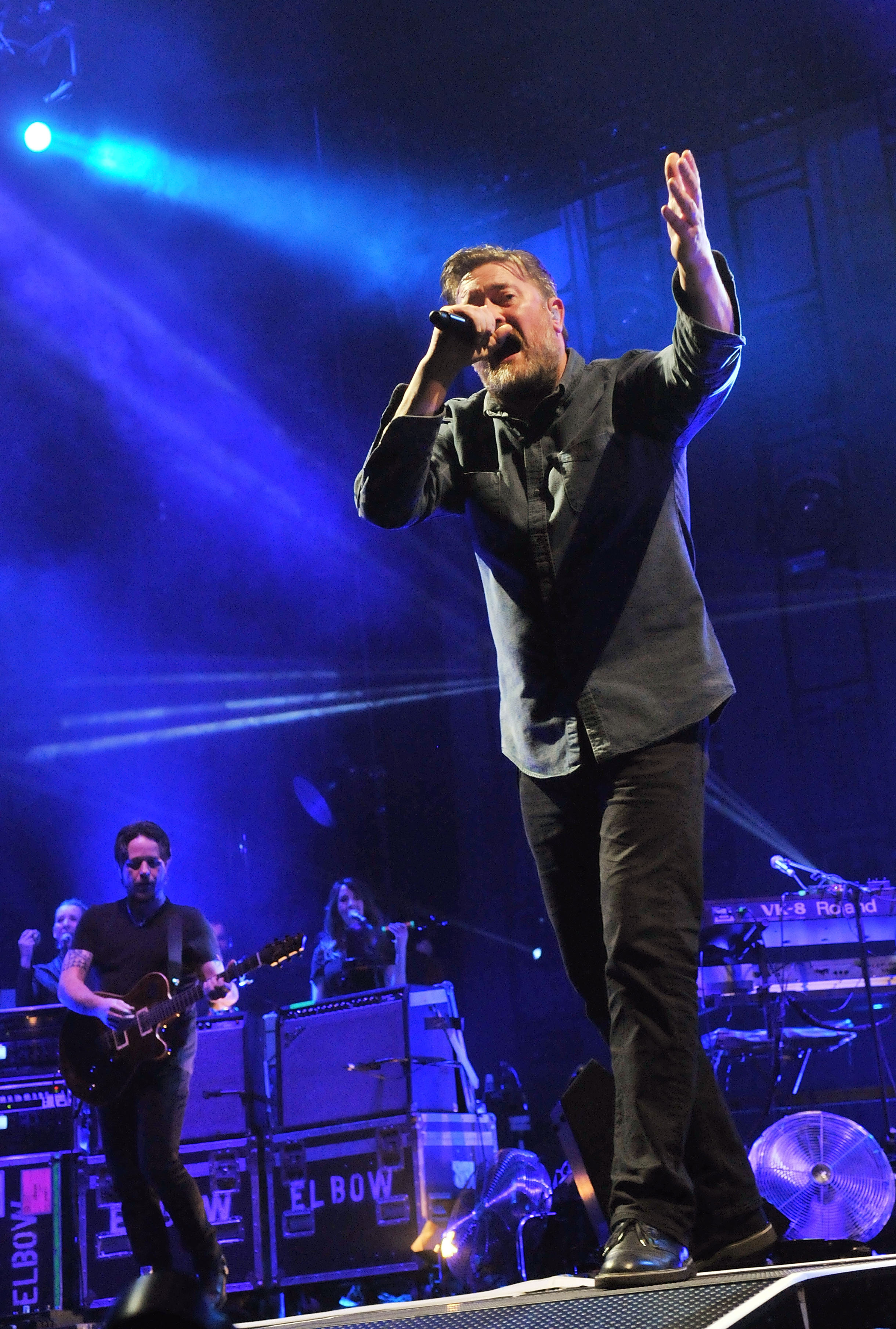 How 'Bonanza' Handled Several Actors Starting to Lose Their Hair

Spoilers: Leanne and Nick in Corrie finally reunite after tragedy?