LEMAR has become the next celebrity to be eliminated from Dancing on Ice after landing in the skate-off for the FOURTH time.

The singer was up against Donna Air in the final round after losing out in the public vote. 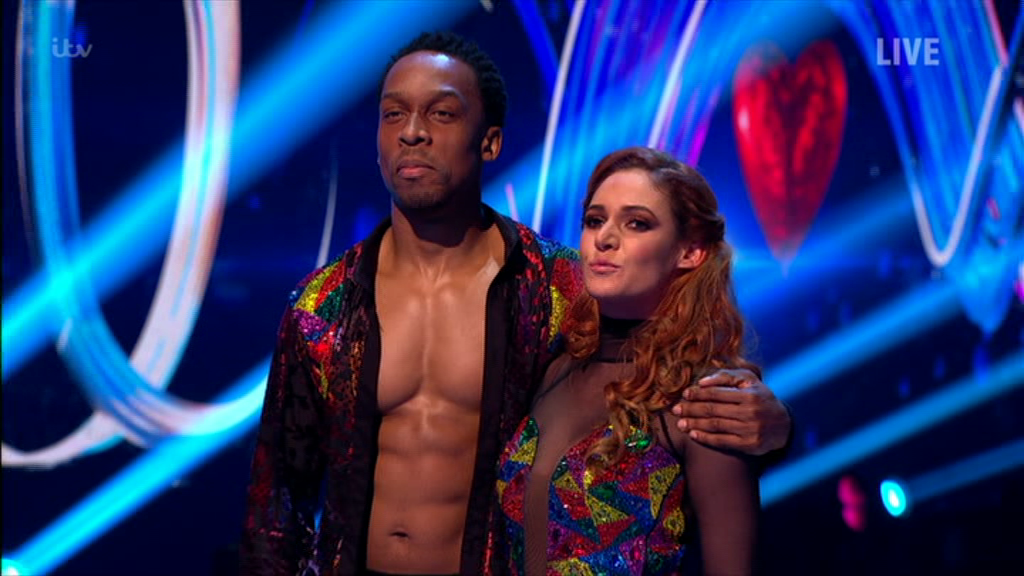 Speaking about the elimination, they said: "Thank you to every single person back stage, all the production and all of ITV. It was a great opportunity."

Lemar performed to Coldplay's Viva La Vida, while Donna performed to Time After Time by Cyndi Lauper but the judges voted to save Donna and her partner Mark unanimously.

Love was in the air tonight on Dancing on Ice – as the skaters got in the Valentine’s Day spirit early with a romantic themed week.

Here’s everything that you missed from today’s show… 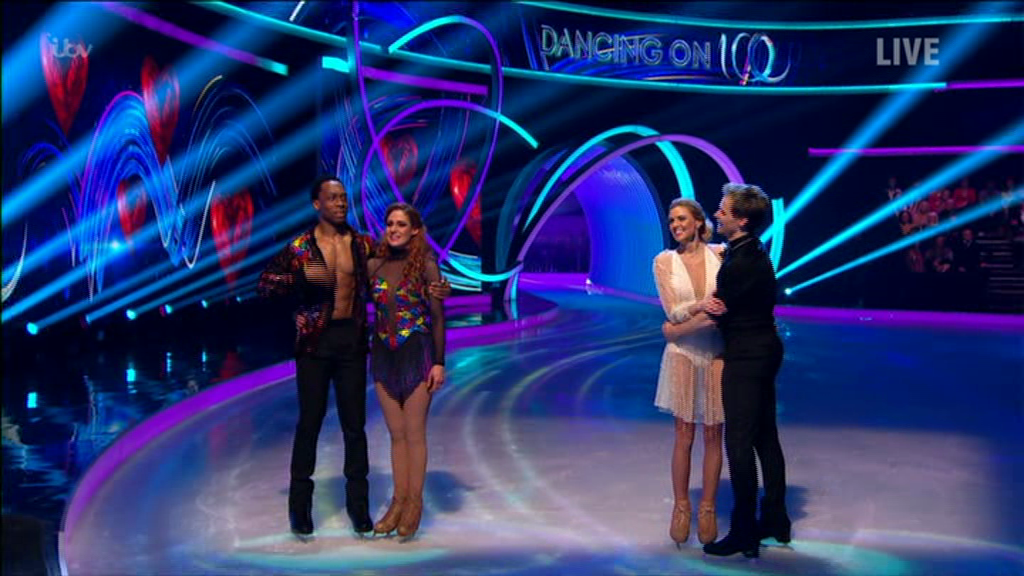 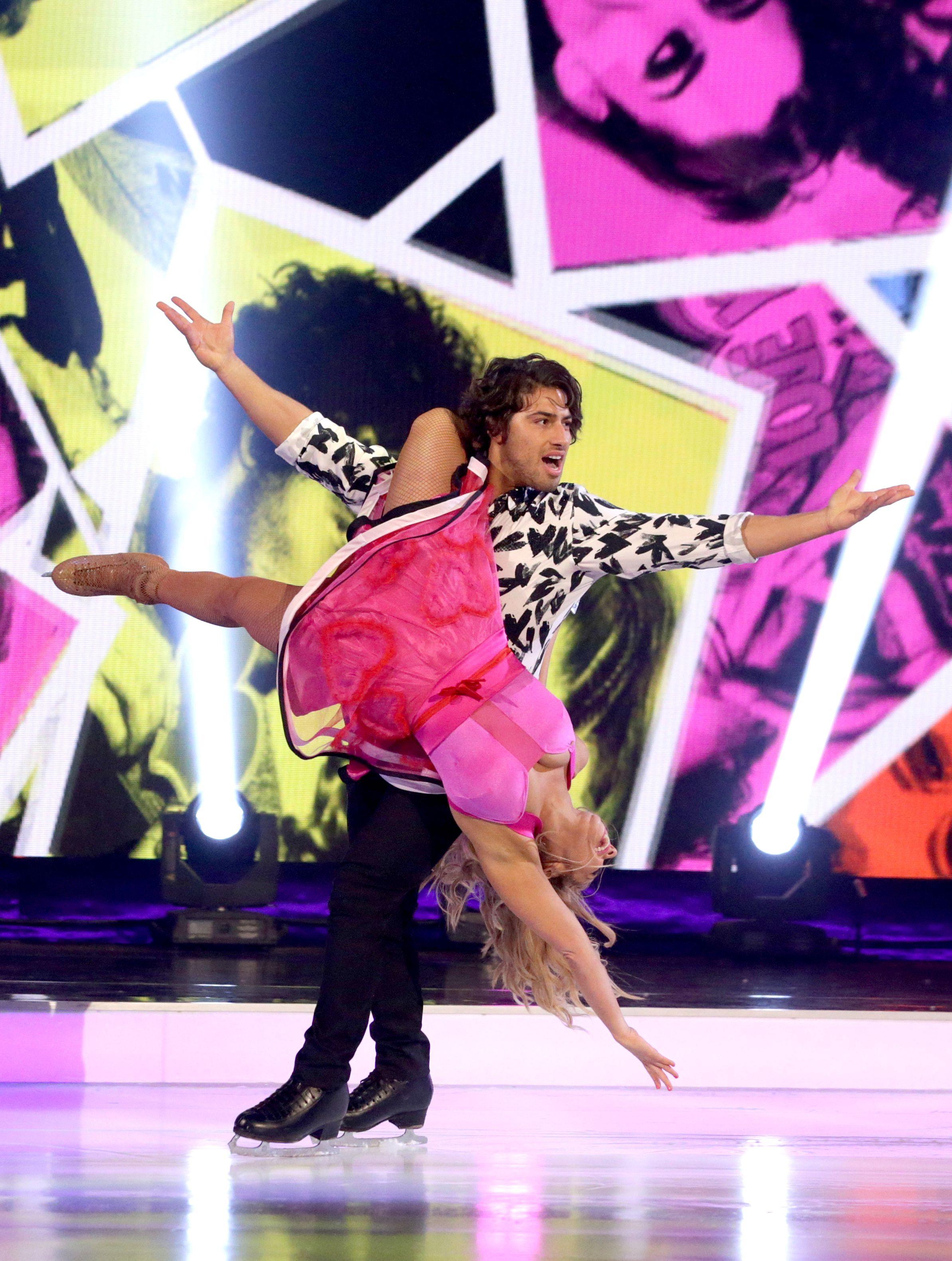 After their fate on today’s competition was thrown into doubt after Alex suffered an accident during rehearsals, Kem and Alex opened the show and earned a respectable 29 out of 40.

With his grandparents in the audience, Kem admitted that he was feeling the pressure as the routines got more difficult – and the judges were quick to tell him it showed.

However, Alex was full of pride for her protégé, and said: “I’m so pleased, he’s the best partner, he’s amazing. We fight, but he’s amazing.”

Judge Jason Gardiner warned him that his technique was lacking, and told him: “You’re quite scratchy still with the skating compared to the other celebrities. There’s times when you’re in the routine that you look like a toddler.”

And Ashley Banjo told him to be careful with his performance, and said: “I did enjoy it, it was hard. There was stuff in there that was hard.

"You are such a performer that when you come out and there’s something on your mind it takes it away from you.”

Lemar and Melody Le Moal – Someone Like You by Adele 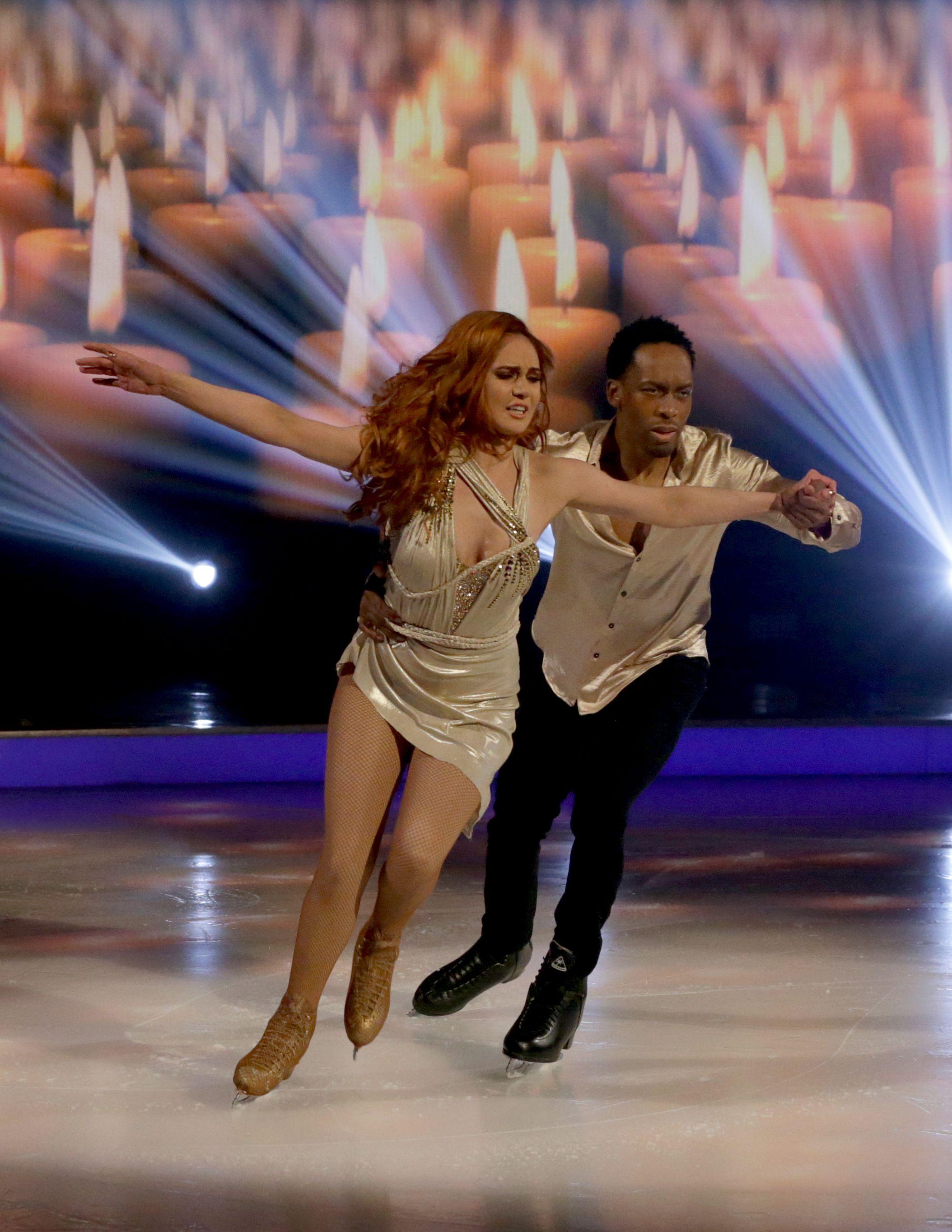 Lemar and Melody pulled out all the stops after securing their spot from the dance-off for the first time last week.

However, after only earning 20 out of 40, Lemar was clearly disappointed.

He said: "We just tried to concentrate on skating a bit more. It is what it is."

Jason slammed Melody for her choreography skills, and told them: "I think you slipped again on this one, Melody. I liked the beginning but then it just didn't continue."

"Lemar, I've asked you to really connect with the emotion of the movement," he added. "This is a piece where you really should've done that and you didn't do it again this week." 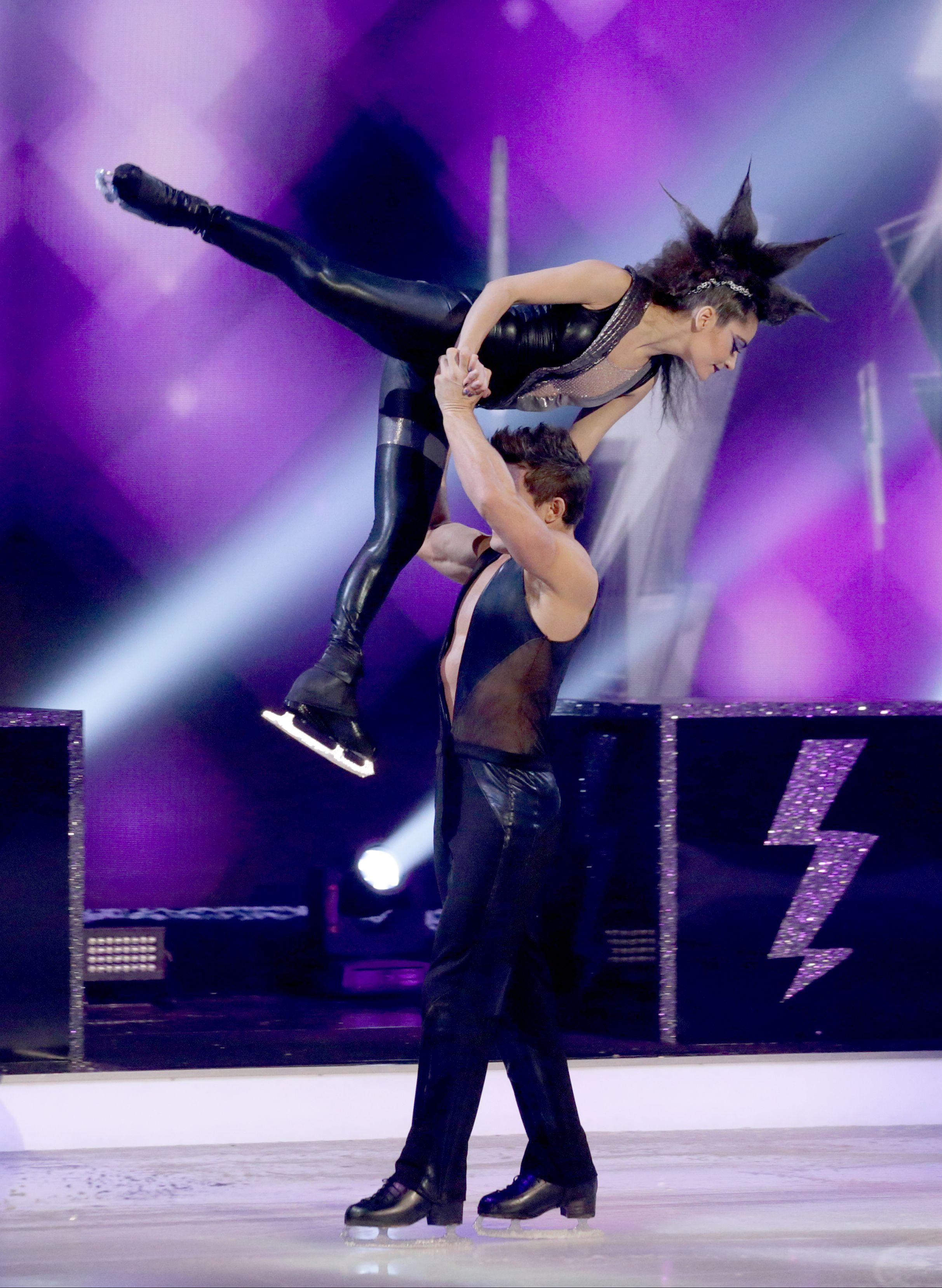 Max and Ale channelled their inner rockers for classic track I Believe In a Thing Called Love.

Pulling out all the stops, the duo included a series of complicated lifts in the routine in order to gain points, including an assisted backflip.

Jordan praised them and said: "You came you took risks and it paid off," giving them 7.5.

"I like that you're attempting the more difficult lifts," Jayne praised, before adding she only didn't give them more marks because some of the landings were off.

Jason Gardiner and Holly Willoughby also gave the wardrobe team a note of thanks for having Max show off his chest. 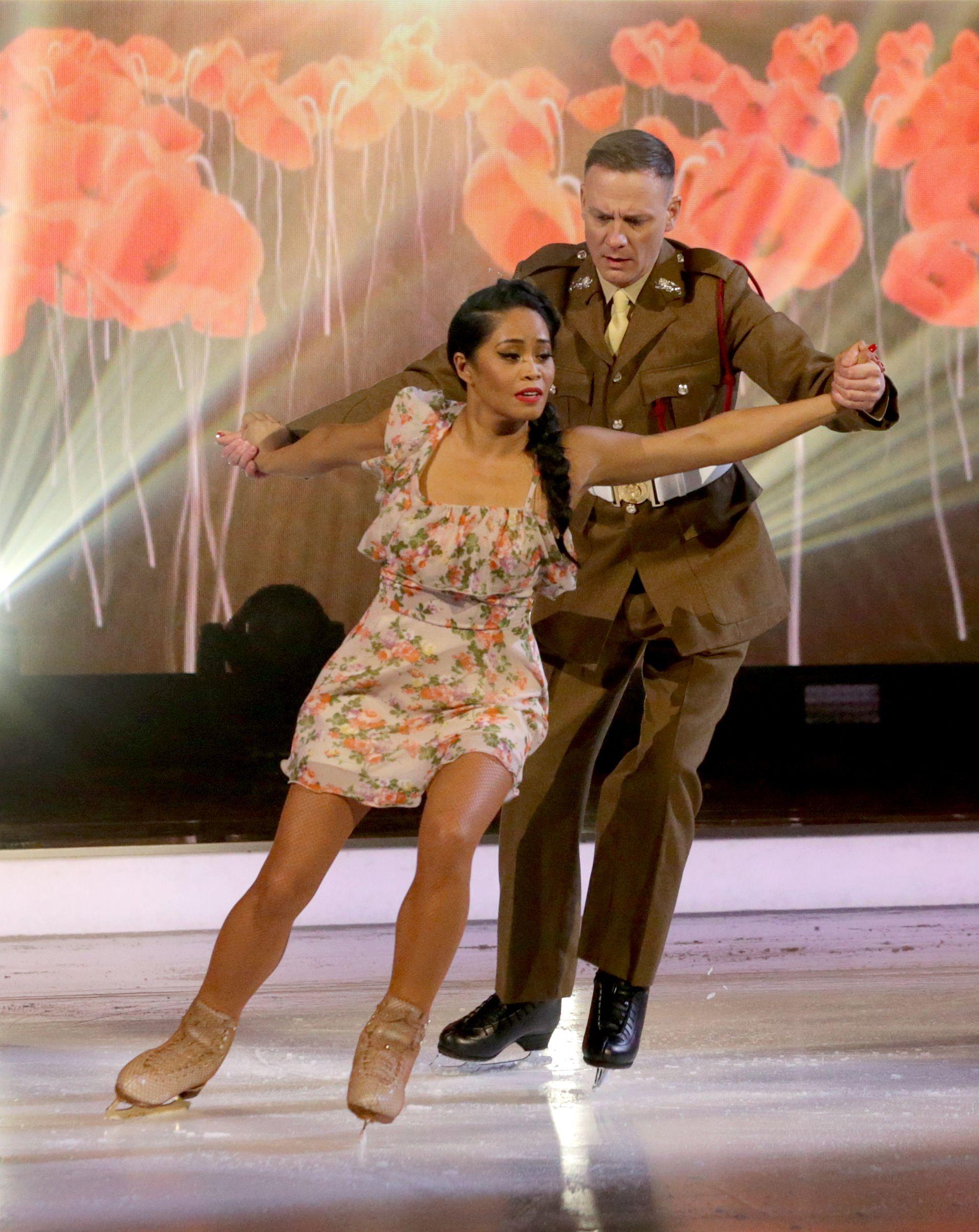 Antony's routine this week proved to be emotional for both him and his professional partner – as they told the story of a soldier going to war.

The poignant routine proved to be sentimental for both of them.

Brandee also revealed that her father was shot during the Vietnam War and now suffers from PTSD as a result, crying in the tape before the performance.

It's routine earned them their highest score of 21 out of 40, which left them chuffed.

Chris revealed: "I'm sure your father's very proud of you. The performance was quite stoic, i think you could've worn your heart on your sleeve that little bit more, Antony."

Jason also added that there needed to be more connection and emotion within the routine. 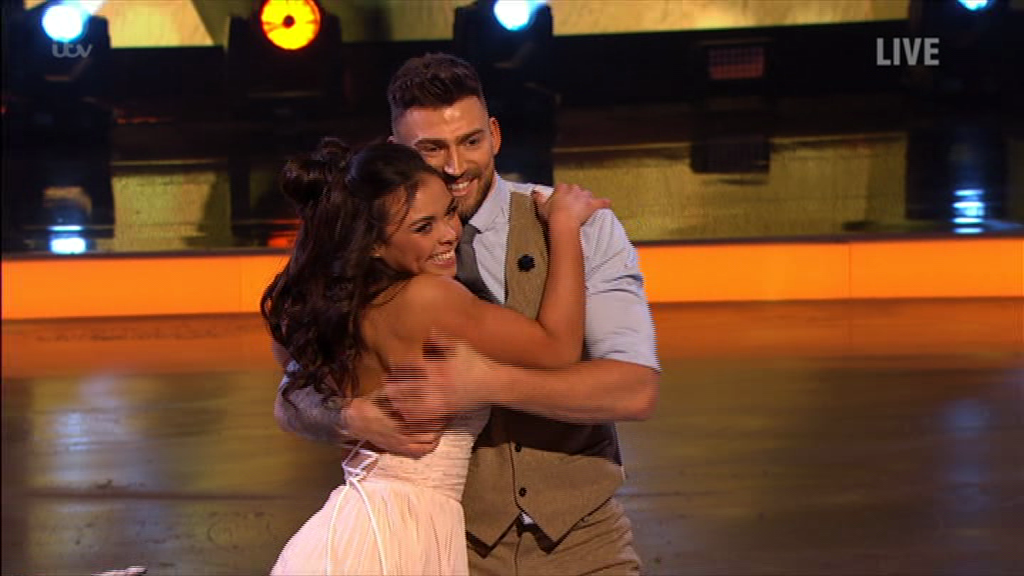 Jake and Vanessa recreated a wedding for their loved-up performance, and succeeded in a series of tricky lifts for their latest routine including a roll-up.

Despite having a bit of trouble with one lift, the pair managed to achieve a staggering 33.5, as Jake admitted: "I nearly didn't get her up there!"

Vanessa said: "I was actually really happy with his performance it was just a fun young number. I was relieved that the spin went right!"

"Jake you push yourself, and yes there was moments where you held on by the skin of your teeth, but you did it!," beamed Jason.

Donna Air and Mark Hanretty – Love Shack by The B-52s 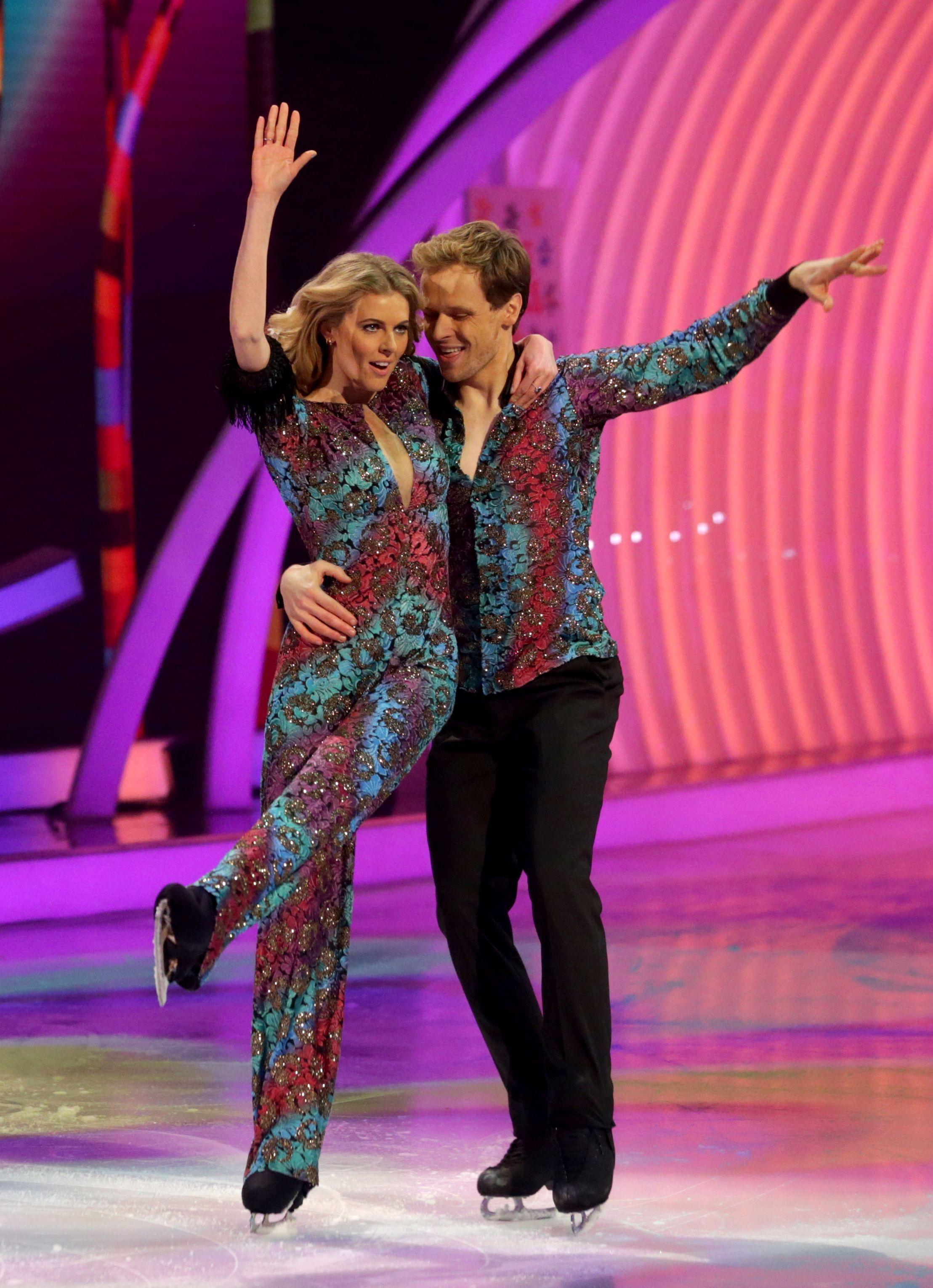 Donna and Mark got funky with a hippy performance of Love Shack by The B-52s.

Matching their highest score so far, Donna pleaded with the viewers to vote for them.

However, all the judges complained that Donna was still relying on Mark to guide her around the ice, and encouraged her to stand alone in the future.

Ashley told them: "I need you to start skating on your own more. When you do that you'll get bigger marks."

Jason was less gentle with his remarks, and said: "I think it was a huge mistake given the outfit Donna was wearing, as lovely as she is, cocking her leg like that makes it look like she was passing wind! Your number smelt like it!"

Jayne added: "The position are repeating themselves last week and I'd like to see you skate without holding marks hand all the time." 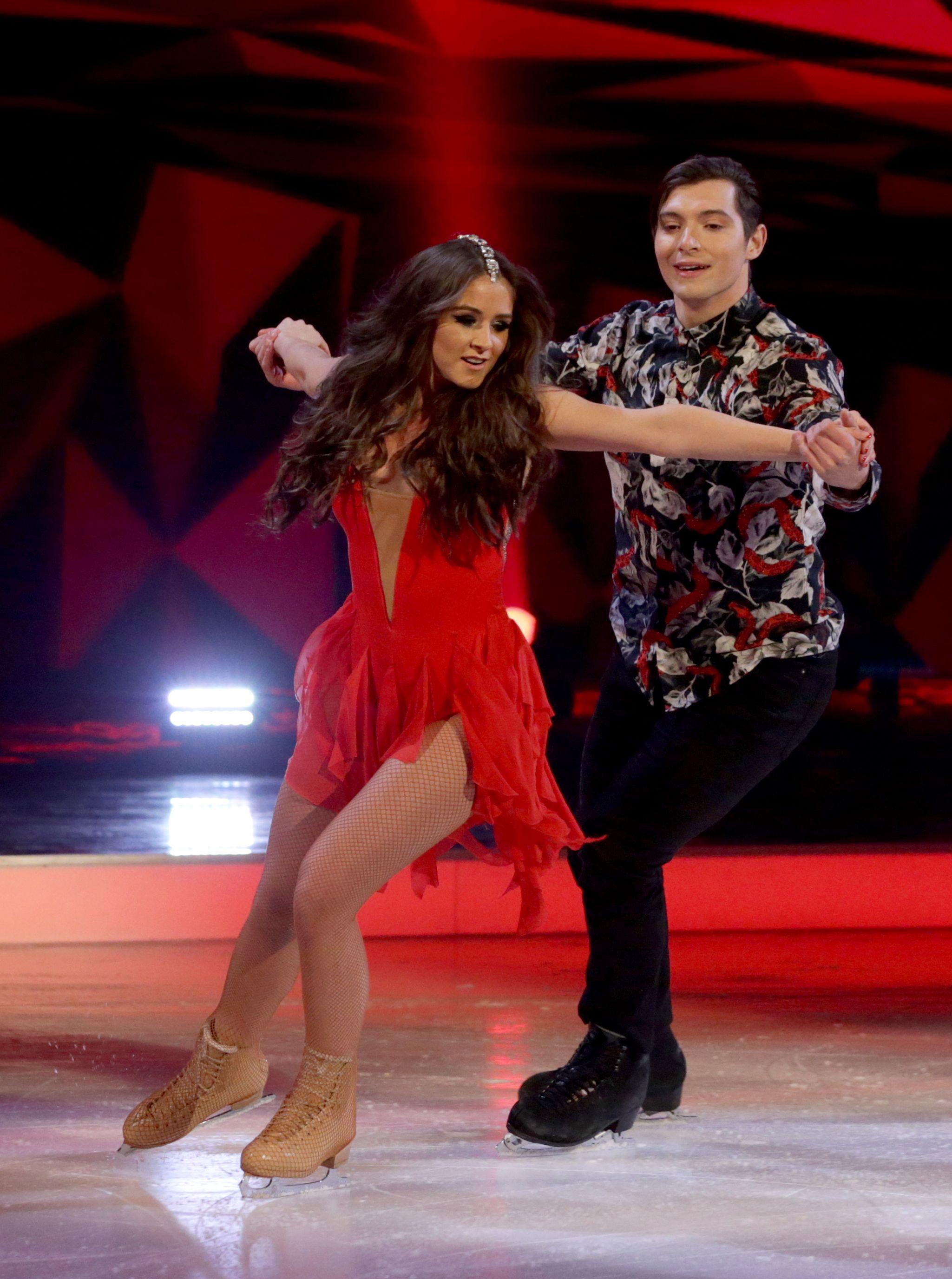 Brooke and Matej took on three tricky lifts during their performance, including backrolls with laybacks, and spins.

The pair earned their highest score to date with Brooke beaming as she announced she had "finally hit the 20s" after weeks of struggling.

Brooke then joked that Jason "didn't get her Valentine's card" as he gave them the lowest score of just 4.5.

"Your technique is improving but your leg lines but you have to work the feet," Jason told them, also slamming their lack of use of the wind machine that started the number.

Chris said: "Your skating is getting better, when you skated down the tunnel and came to a stop you looked more confident."

He then added that more skating needed to be in the choreography.

"I wanted to give you a 6 but it started to fall apart at the end," said Ashley.

"But I think you're on the right track," he added.

Alex Beresford and Brianne Delcourt – All Of Me by John Legend 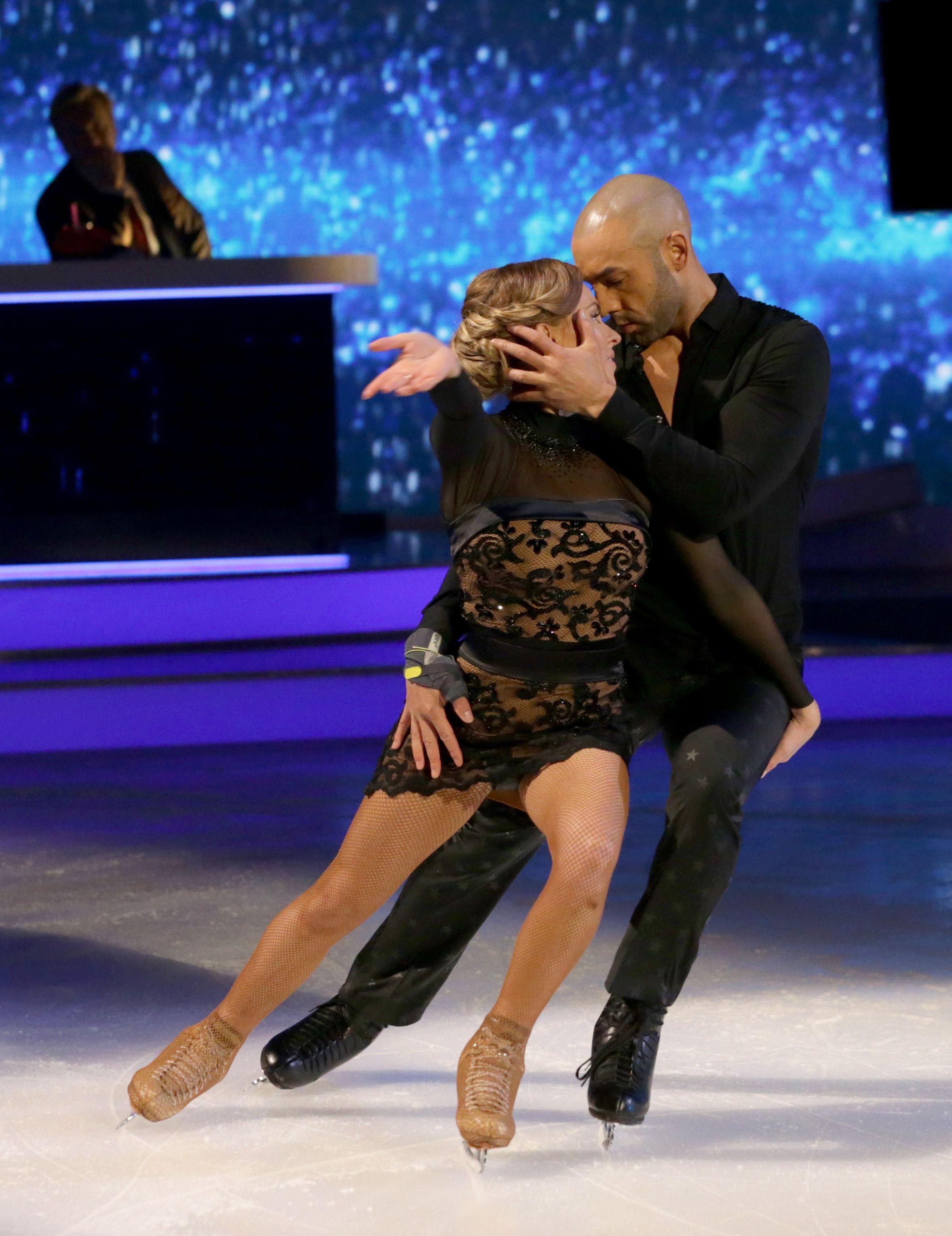 After stumbling during his routine last week, Alex was keep to prove that he could keep on his feet and not slip up again.

Thankfully, the routine went off without a hitch, with roll-ups and a titanic lift that left them in good stead with the judges.

I guess when you're at the bottom there's only one way and that's up!" said a relieved Alex.

"Simplicity can be sublime, and that was sublime," said Chris.

"The two of you really were working as one, as it should be, this is love week!" said Jason.

"You've always been great on the ice, but thank you. The performance intensity brought it to a new level and it's about time, well done." applauded Ashley.