Line of Duty is currently filming season six but for those binge-watching season one to five, Netflix have made a major change to what they’re offering on their streaming platform. But fear not, there is still a way to catch up with the police drama.

As if the wait for the sixth instalment of the popular show isn’t bad enough, Netflix has announced some bad news for Line of Duty fans.

The streaming giant has removed previous series from their platform.

Therefore, fans will have to switch channels in order to watch the show from the very beginning.

Fortunately, all five seasons are available to watch on the BBC iPlayer. 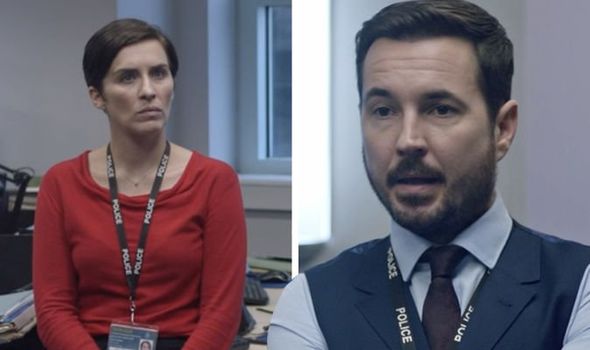 As for season six, Jed Mercurio and his team are currently filming in Ireland.

Adrian Dunbar, Vicky McClure and Martin Comptson have been seen on set in recent months.

Most recently, he shared an image of the cast acting and the crew working. 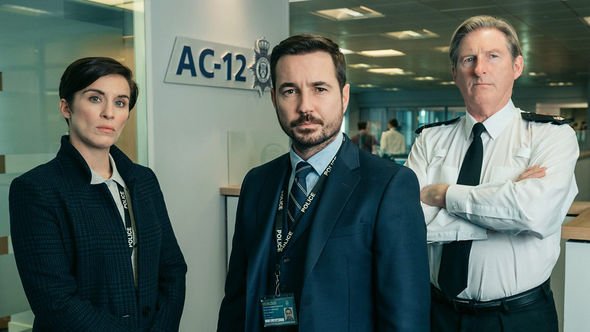 He accompanied the two pictures with the following caption: “#LineofDuty6 At AC-12 there’s one thing they’re interested in and one thing only – that’s nicking bent coppers.”

Jed also teased Vicky and Martin having fun on set.

He tweeted alongside: “#LineofDuty6 When the cat’s away … they wouldn’t dare if the Gaffer was in.”

Production was delayed due to the coronavirus pandemic meaning season six will air later than planned.

However, it is still set to air sometime next year – and fans cannot wait.

Commenting online, one said: “Can’t wait for this trilogy finale. Gritty & tough to watch at times, but such a brilliant programme, thanks @jed_mercurio.”

“Loving this show from Canada. Can’t wait for S6,” someone else wrote.

A third added: “Love seeing behind the scenes shots like this.”

“Love it! Bring it on quickly!” One mentioned.

Meanwhile, another tweet read: “Get it in the can and on my Tele ASAP!! CAN NOT WAIT!”

Line of Duty seasons one to five are available to watch on the BBC iPlayer now.

TikTok’s Jaden Hossler Reveals Battle with Depression: I'd ‘Pray’ to ‘Die in My Sleep’