When Love Island season rolls around, we know we’re getting more entertainment than just the drama on screen with fans taking some iconic moments and turning them into memes, and while there have been some pretty incredible ones so far, Davide Sanclimenti’s rant a few nights ago has topped them all.

In case you missed it, the Italian stallion was absolutely raging after Ekin-Su Cülcüloğlu’s secret kisses with bombshell Jay Younger.

Davide was coupled up with the 27-year-old actress, who had her head turned by investment banker Jay and took to the terrace to sneak off and share a smooch.

After hearing the secret news, a dramatic argument broke out between Davide and Ekin-Su, with Davide brutally dumping her, branding her a ‘liar’ and ‘actress’.

It began with Davide, fairly calmly, asking Jay to find out what’s been going on, saying: ‘Just a quick one, honestly, as you saw I don’t have nothing with you, were you on the terrace before with Ekin-Su?’

When Jay honestly responded, Davide shouted over to the soap star: ‘You were not on the terrace, no? Liar.’ 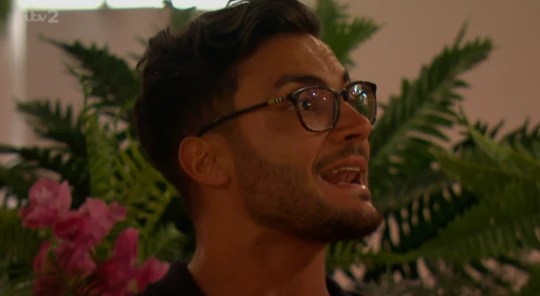 ‘They’re gonna give you an Oscar,’ he heckled, as Ekin-Su continues to explain to the girls: ‘Yes I kissed him, so what? He’s not said I’m his girlfriend technically, it’s not cheating. He’s acting like he cares now, what the hell? That’s what confused me.’

Davide then added: ‘This is the reason why I was not opening myself because I am scared to be hurt from women like you.’

Before he ended the relationship in front of everyone, he added: ‘I hope you find the love of your life because me and you are closed,’ to which Ekin-Su replied: ‘I’m not having this. Go on do you want to show off to the boys, Mr Perfect body? Did I hurt your ego?’

He then said: ‘Now I actually don’t give a s*** about you,’ repeating: ‘You’re a liar an actress. Here I’m looking for something real.’

While things may have cooled off in the villa, fans have now taken to the internet to spread the meme.

Another fan commented that Davide’s liar is almost as good a meme as Michael Griffith’s ‘Chaldish’ meme from the 2019 series, in which Michael called series winner Amber Gill childish after her reaction to his savage recoupling and dumping.

Other fans have been quick to suggest Ekin-Su looks to be repeating those lines to Jay in tonight’s episode, as the teaser revealed her saying that he is the one who deserves ‘the biggest Oscar in here’.

‘THE LIAR, THE ACTRESS IS COMING BACK OUT,’ one wrote ahead of tonight’s episode, while another added: ‘Next episode is giving “You’re an actress and a liar” vibes.’

She-Hulk Season 1: Everything We Know So Far