Home » TV & Movies » ‘Manifest’ May Be A Ratings Hit, But It Still Hasn’t Found the Balance It Needs

When 10.3 million people tuned in to NBC’s “Manifest” this fall, they likely did so because of solid advertising and an intriguing one-line premise: A plane vanished five years ago, only to mysteriously reappear with everyone on board as if no time had passed. The idea set up both clear human stakes (how would the passengers reintegrate with their lives, given everything that’s changed?) as well as an overarching mystery (planes don’t typically vanish, after all).

But as noted from the beginning, what the show actually aimed to be wasn’t clear, especially since the character stories almost seemed at war with the mystery aspect. Which means that nine episodes later, 5.9 million people tuned in for “Manifest’s” fall finale, watching a show that still has yet to find an identity beyond “kinda like ‘Lost,’ I guess?”

It’s not that nothing has happened on “Manifest” over the past few weeks — sister and brother Michaela (Melissa Roxburgh) and Ben (Josh Dallas) have worked steadily to try to figure out not just what caused their disappearance, but what the consequences of that disappearance mean for their return to the modern world. And it’s interesting to see the nascent beginnings of a show trying to define its own unique mythology on the ground, most notably with the introduction of evil corporation Unified Dynamic Systems (gotta have an evil corporation) and the concept of “the callings” — otherwise known as the voices heard by Flight 828 passengers, pushing them to do strange but narratively important coincidences. “It’s our own shorthand,” as one of them explains the term.

The “callings” occasionally advance both character-related stories as well as the plot, but drive a lot more of the storytelling than they probably ought to. And they’re just one random element in play here. There have been a few notable yet not earth-shaking character deaths, a storyline where the secret to finding an illegal stowaway from the flight lies in Tony Kushner’s “Angels in America,” and plenty of attempts to try to explain what happened to the passengers using science. (Perhaps one of the most intriguing twists comes when medical researcher Saanvi, played by Parveen Kaur, scans her own brain and learns that it shows symptoms resembling the early stages of schizophrenia.) 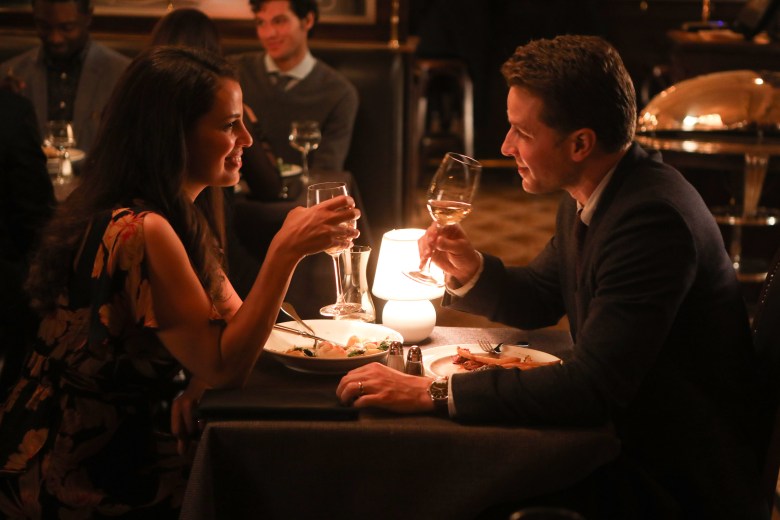 But what is clear, after nine episodes, is that for the writers, the most fertile storytelling ground is within the Stone clan, leading to many scenes of drama definitely spurred on by the events of the premise, but often feeling like they could be a part of any broadcast show about a family. The addition of Daniel Sunjata as the guy Ben’s wife began seeing after his disappearance is a welcome implementation of Sunjata’s blinding charisma, but weighs down the episodes he appears in more often than not. And Michaela’s emotional back-and-forth over the man she lost to her best friend rarely adds much.

And then, those scenes get interrupted by nefarious government agents and Michaela abusing her cop privileges to investigate Flight 828-related events and Ben using his training as an accountant to play corporate spy (go with it). There’s a lot happening, but it still has yet to coalesce.

From “Manifest’s” inception, comparisons to ABC’s “Lost” have come up, and not just because an airplane is involved — the modern classic about stranded plane crash survivors on a magic island pioneered this particular blend of storytelling. But what the show did well at the very beginning wasn’t just use its flashback structure to tell stories about its characters, but more often than not use those character stories to highlight the mysteries in play. It also helped that “Lost” made the most of its dynamic ensemble cast; according to “Manifest,” there were 191 souls on board Flight 828, and we maybe know eight of their names. 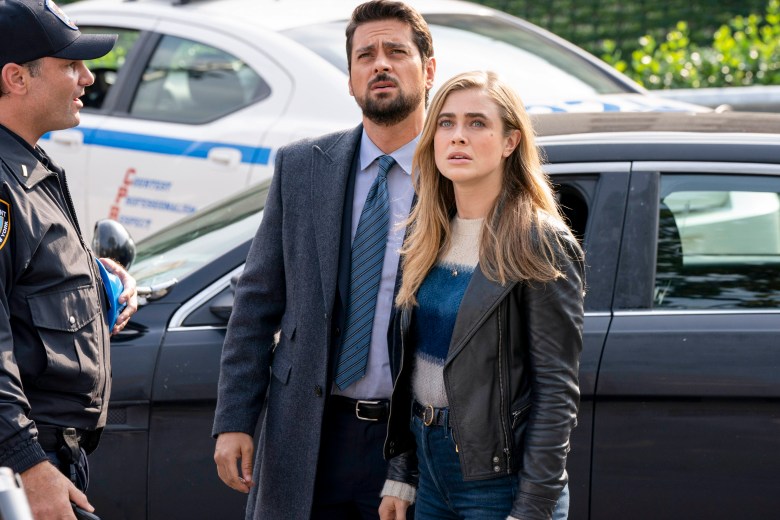 Really, when it comes to understanding the influence of ABC’s “Lost” on American television, it’s important to look not at the year it premiered, but the shows that launched the following fall season. In September 2005, three different broadcast networks debuted three high-stakes sci-fi driven dramas: NBC’s “Surface,” CBS’s “Threshold,” and ABC’s “Invasion.”

Individually, they each had pluses and minuses — “Invasion” made the most of its “Body Snatchers”-esque premise, while “Threshold” had an insanely stacked cast including Carla Gugino, Charles S. Dutton, Brent Spiner, and Peter Dinklage. But what these shows had in common wasn’t just the fact that they were clearly greenlit in response to “Lost’s” success the season before, operating under the presumption that the audience’s appetite for complicated serialized mysteries could sustain multiple versions of such a show. It also wasn’t that they all got canceled after one season. It was that they couldn’t figure out the balance of character and story essential to keeping these narratives sustainable.

It’s the sort of balance that, really, every TV show has to find — take “How I Met Your Mother’s” years-long struggle to postpone revealing who the titular Mom was, or as a positive example the deft way in which every aspect of life in Baltimore was blended together on “The Wire.” But shows like “Manifest” highlight that particular struggle, because telling relatable human stories with fantastical elements is so tricky that one moment of misalignment reveals all the flaws.

NBC recently revealed that “Manifest” Season 1 will be 16 as opposed to 22 episodes, though the release made note that shorter orders are not uncommon these days. It’s not at all improbable that the show may get a second season renewal, and there are still seven episodes left to air, beginning in 2019. Perhaps as they continue the series find a new level of definition — and more importantly, make audiences care about it.

Flee is a Documentary That Could Only Be Done With Animation