FOLLOWERS of Martha Stewart’s Instagram were greeted with an accidental raunchy caption on her latest post where she talked about “wishing” she was “pounding” someone.

The 78-year-old culinary mogul posted a clip on Thursday where she beat a chicken breast to the tune of Rihanna’s hit song Work. 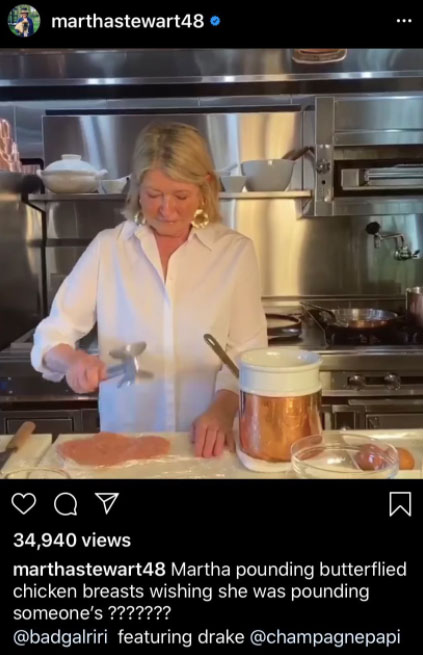 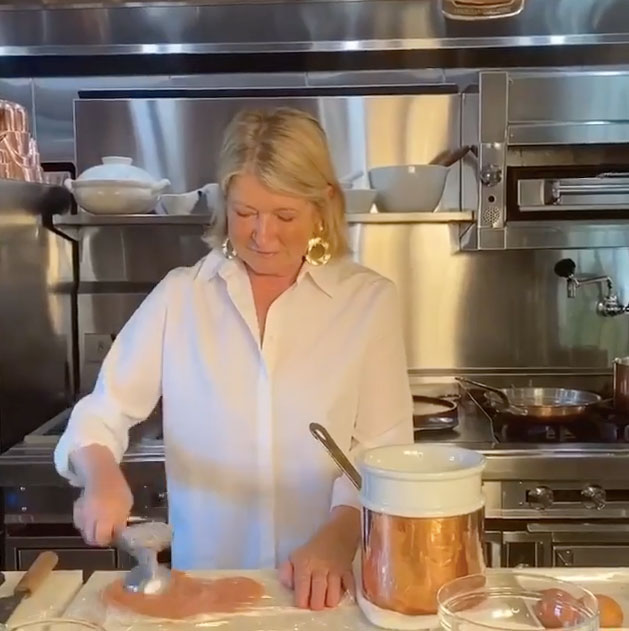 Dressed in a crisp white button down shirt, the food and home expert beat the meat hard with a tenderizer.

Fans were floored by the seemingly sexual tone of the writing and were quick to comment their amusement.

“Savage on a whole another level! Who you wish you were pounding Martha the people want to know,” one follower wrote.

“WHO does Martha want to pound like raw chicken?! Please respond,” someone else wrote under the video.

One laughing fan asked: “Why does this seem so naughty?”

After her now-infamous caption began to go viral, Martha changed it to something less controversial. 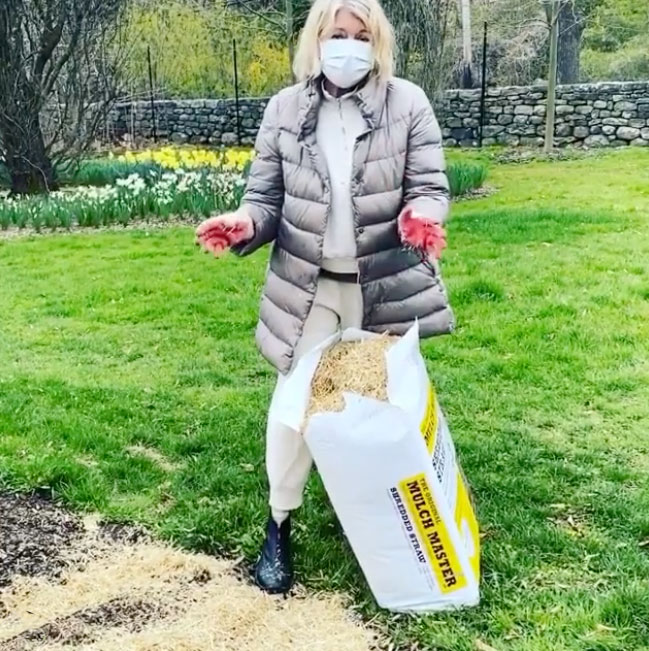 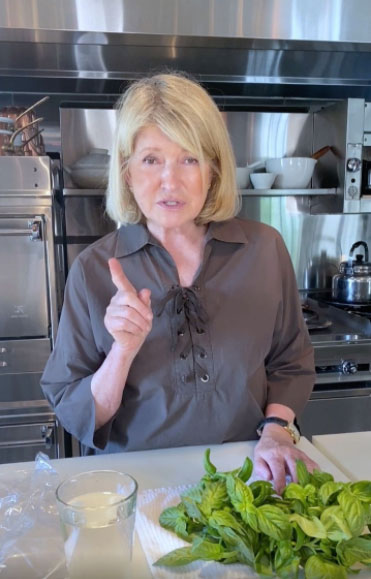 She also credited “@badgirlriri featuring Drake @champagnepapi” for the soundtrack to the clip.

Followers expressed their disappointment to see the word change but screenshots of the initial caption were captured by Twitter users.

Many fans believe Martha’s close friend and personal gardener Ryan McCallister was the culprit behind the original post. 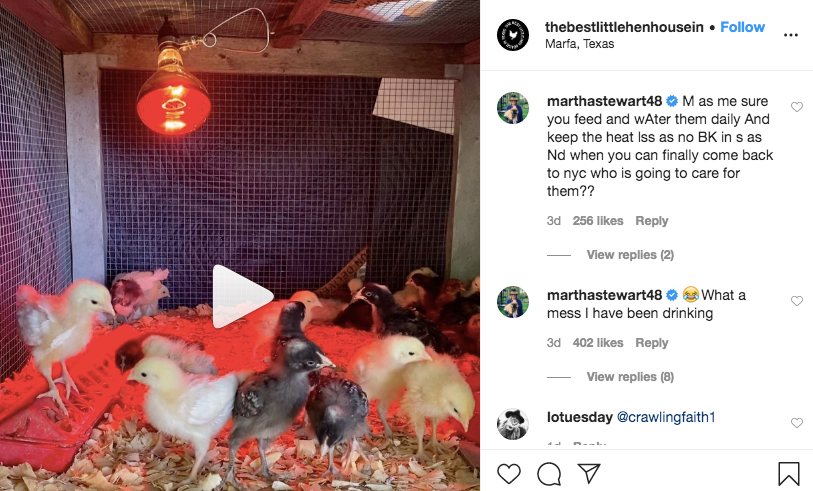 The duo have been quarantining together at her New Your farmhouse and regularly post outdoor pictures from the estate.

Last month, Martha sparked buzz on Instagram once again when she posted a nonsense caption after a day of “drinking.”

The TV personality commented on a video of baby chicks on the Instagram feed of Best Little Hen House in Texas.

She wrote: "M as me sure you feed and wAter them daily And keep the heat lss as no BK in s as Nd when you can finally come back to nyc who is going to care for them??”

Fans were instantly confused by what she meant and the following day, Martha explained her wording.

“What a mess, I have been drinking,” she posted with a laughing face.

Maigret Sets A Trap air date: How many episodes in Maigret?