Spoiler alert! The following contains details from the May 12 episode of Fox’s “The Masked Singer,” including the identity of the unmasked celebrities.

Welcome to “The Masked Singer” quarterfinals!

Just five costumes remained at the top of Wednesday’s throwdown. Black Swan, Chameleon, Piglet, Yeti and the Russian Dolls brought their A-game, hoping to forge on in the singing competition.

The show’s panelists – Ken Jeong, Jenny McCarthy, Nicole Scherzinger and Robin Thicke – got a boost from the wisecracking actor/comedian Rob Riggle. This week, the challengers’ clue packages revealed the celebrities who inspire them, while fan mail delivered to “The Masked Singer” stage further shed light on the players’ identities.

Here’s how it all went down. 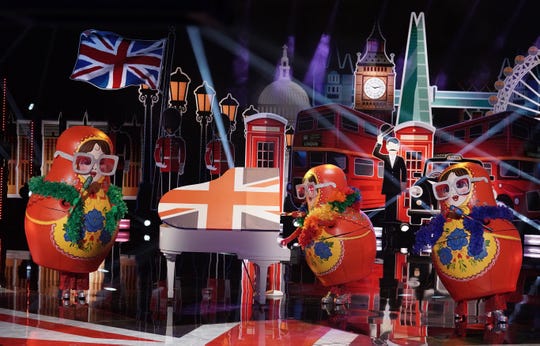 Clues: Footage from the group’s costume camera confirmed there has been more than one member of the band inside of a large doll on occasion. The contestants also shared they’ve been inspired by parody musician “Weird Al” Yankovic. “He’s literally given us great direction in our lives,” one Russian Doll said.

Decked out in big glasses and boas, the contestants performed Elton John’s “I’m Still Standing” before reading a letter from an admirer. “I was a fan of you individually, but when I saw you band together in person – wow!” the letter read. “Like, I can’t even. Love you to the moon and back again.”

Guesses: Riggle wondered if it could be rock group Devo on stage. Jeong guessed “One Week” singers, Barenaked Ladies, while Scherzinger bet on “MMMBop” artists Hanson. 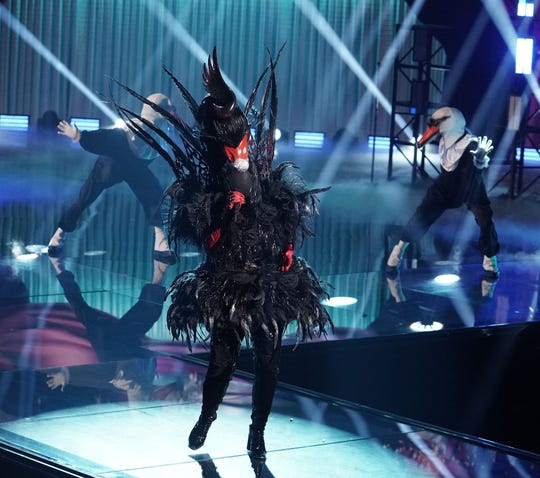 Clues: Black Swan revealed that icon Cher holds a special place in her heart. “We’ve both been a part of iconic fantasy films, and she was a part of my world the very first time I shared my voice,” Black Swan said.

Onstage, Swan put her own stamp on Ed Sheeran’s “Thinking Out Loud,” which gave McCarthy and Scherzinger chills. “I literally wrote down, ‘Gave me goosebumps under this sweaty latex,'” Scherzinger said mocking her skin-tight, plaid gloves.

A fan’s letter connected the challenger to a certain bread-loving host. “You’re mega-talented,” Black Swan read. “I’ll never forget when you were on Oprah and (were) so excited you recently got the major recognition you deserve. Love ya.”

Don’t call it a comeback: Nick Cannon unveiled as Bulldog on ‘Masked Singer,’ returns as host next week 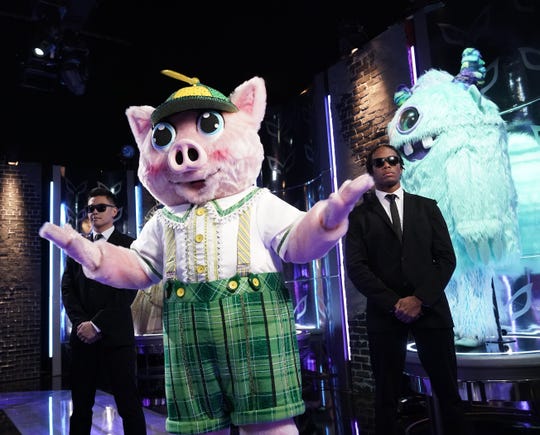 Clues: Yippie-kay-yay! Piglet describes actor Bruce Willis as his “all-time idol,” and says when the two met, he was “speechless.”

After nailing Stevie Wonder’s “Superstition,” Piglet opened up his flattering fan mail. “Whether on my TV or in my headphones, I am so lucky I discovered you in the ’90s, but I’ve never been jealous of your public relationships,” the Piglet-zealot wrote. “P.S. I drew your picture.”

Guesses: For McCarthy, signs pointed to musician/actor Justin Timberlake, while Jeong suspected “Hawkeye” star Jeremy Renner. But we think Thicke has the right answer with his guess of 98 Degrees member Nick Lachey.

The panel’s Yeti guesses are ‘so far off’ 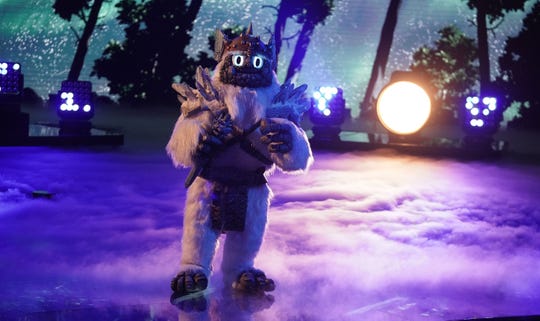 Clues: Yeti shared that he’s collaborated with Sean Combs, calling him a great inspiration. “He helped me reach the top of the mountain,” Yeti said.

Scherzinger raved that the challenger’s performance of Rascal Flatts’ “Bless the Broken Road” caused her heart to “melt.” Scherzinger added: “It was really beautiful because you stripped it all back, and it was very sincere.”

The praise continued when Yeti read an admirer’s words. “You are a true triple – nah – quadruple threat,” the letter stated. “I’m excited you stepped up with a Masked Singer legend, and I’m proud to be your biggest fan.”

Guesses: Thicke speculated it could be “Magic Mike” star Channing Tatum, while Jeong mentioned rapper Twista, and McCarthy threw Ne-Yo into the mix. But Cluedle-Doo interrupted the episode to knock their hunches. He said the panel was “so far off with your Yeti guesses,” and added that Yeti “makes a much better panelist than you do.”

Chameleon, a reason not to ‘change the dizzle’ 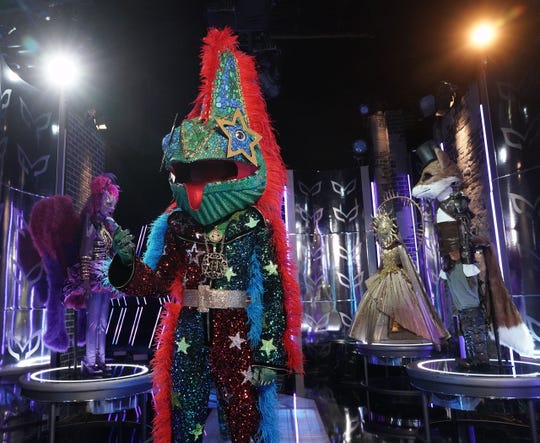 The lizard then got the “Masked Singer” studio live with “Drop It Like It’s Hot” by Snoop Dogg, featuring Pharrell.

Following his performance, Chameleon shared his fan’s correspondence. “Any friend of Martha Stewart’s is a friend of mine,” Chameleon read. “I even saw you play at Madison Square Garden. I wish you only success.”

Raccoon is axed on ‘The Masked Singer,’ after Wildcard Orca makes a splash

The Russian Dolls are eliminated

The Russian Dolls came so close to making the final four, but were cut from the competition Wednesday night.

Before the stars were revealed, show host Nick Cannon reminded the panel of their first guesses and asked for their final submissions. Scherzinger nixed the cast of “Glee” for Hanson, a popular answer of the evening. McCarthy also switched her Boyz II Men guess for Hanson. Riggle dropped his guess from earlier, Devo, for the trio of brothers as well.

Thicke decided against his first hunch of will.i.am and Fergie and went with country duo Sugarland. Jeong backed off from his initial instinct, Donny and Marie Osmond, for the Jonas Brothers.

Once the Russian Dolls were unamasked, it turned out that Scherzinger, McCarthy and Riggle were all on the right track. It was Hanson who’s been entertaining viewers all along.

“You’ve made ‘Masked Singer’ history, this is the first time we’ve ever had a band on our show,” Scherzinger said after the big reveal.

Episodes of “The Masked Singer” can be viewed on Fox’s website.