As sports correspondent Mike Bushell wrapped up his segment, BBC Breakfast host Charlie Stayt remarked how fabulous the sunny pictures from Monaco looked. Mike and Charlie both lamented over the recent wet weather but Naga Munchetty cut in to insist good weather was on the horizon. Mike noted he had seen it would become sunnier in the coming weeks, which prompted Matt to joke he was not needed to present the forecast any longer.

Naga commented: “I know the weather is bad today and for the weekend, but it will get better.”

“I’ve had a look for a couple of weeks, and it is yeah. At the moment there is some rain on the horizon but Matt can probably tell you,” Mike replied.

“To be fair, Matt has said the Spring Bank Holiday it’s going to get better,” Naga continued, commenting on the weather. 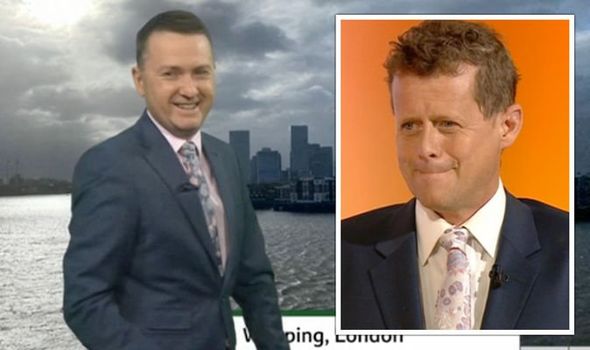 As Matt popped up ready for the next forecast, Charlie stated: “Hold on, look at his face, he’s hurt now because you’re treading on his turf.”

Matt could then be seen waving at the studio before pretending to walk off and abandon his duty.

“There he goes, he’s off!” Charlie exclaimed. “He’s had enough.”

Naga wasn’t impressed as she said: “I don’t know, I think Mike did a better job. Mike is offering more sunshine than Matt is at the moment.” 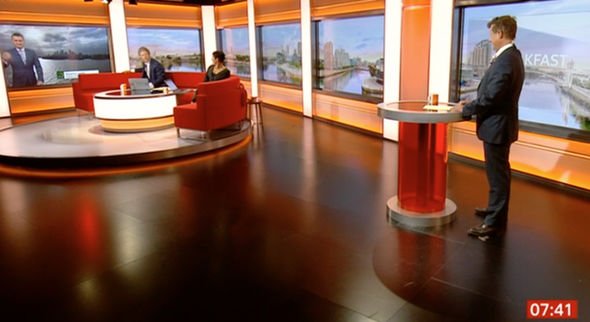 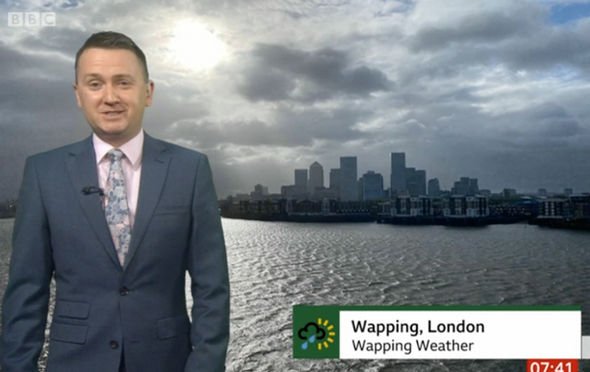 “Well, exactly but it doesn’t take much at the moment if I’m honest,” Matt replied. “We’ll have to swap roles.”

The moment came just one day after Naga was left mortified when Status Quo star Francis Rossi threatened to walk off.

The musician has created a compilation album of the biggest rock anthems but admitted there were some songs he disliked the first time he listened to them.

“I’m fascinated, Francis when you said about the bands you deliberately didn’t like because of competition. Who are you talking about?” Charlie asked.

Francis replied: “I think there’s that, I remember Iron Maiden being one of them. Leon Cave the drummer with Status Quo and Richard Malone, if Bruce Dickinson they’re [starstruck].

“It was something I had to understand and over the years there’s been acts I might look at on the TV and think, ‘I don’t like him.’

“Years ago, the band Sweet, I just didn’t like one of the guys in the band and then I met him and he was the guy in the band.

He continued: “Whether it’s the competition or whether I just became a regular punter who doesn’t like someone for whatever reason. People look at him and think, ’No’ and then they hear him and it’s even worse.”

Francis then declared: “I should get off now…,” but the hosts begged him: “No!”

Charlie reassured him: “It’s reassuring because we all do that a little bit.

“We make a judgement about what we think about someone that affects how we feel about the music.”

BBC Breakfast airs daily on BBC One at 6am.

How Olivia Wilde Created a Fantasy Musical Scene for ‘Booksmart’