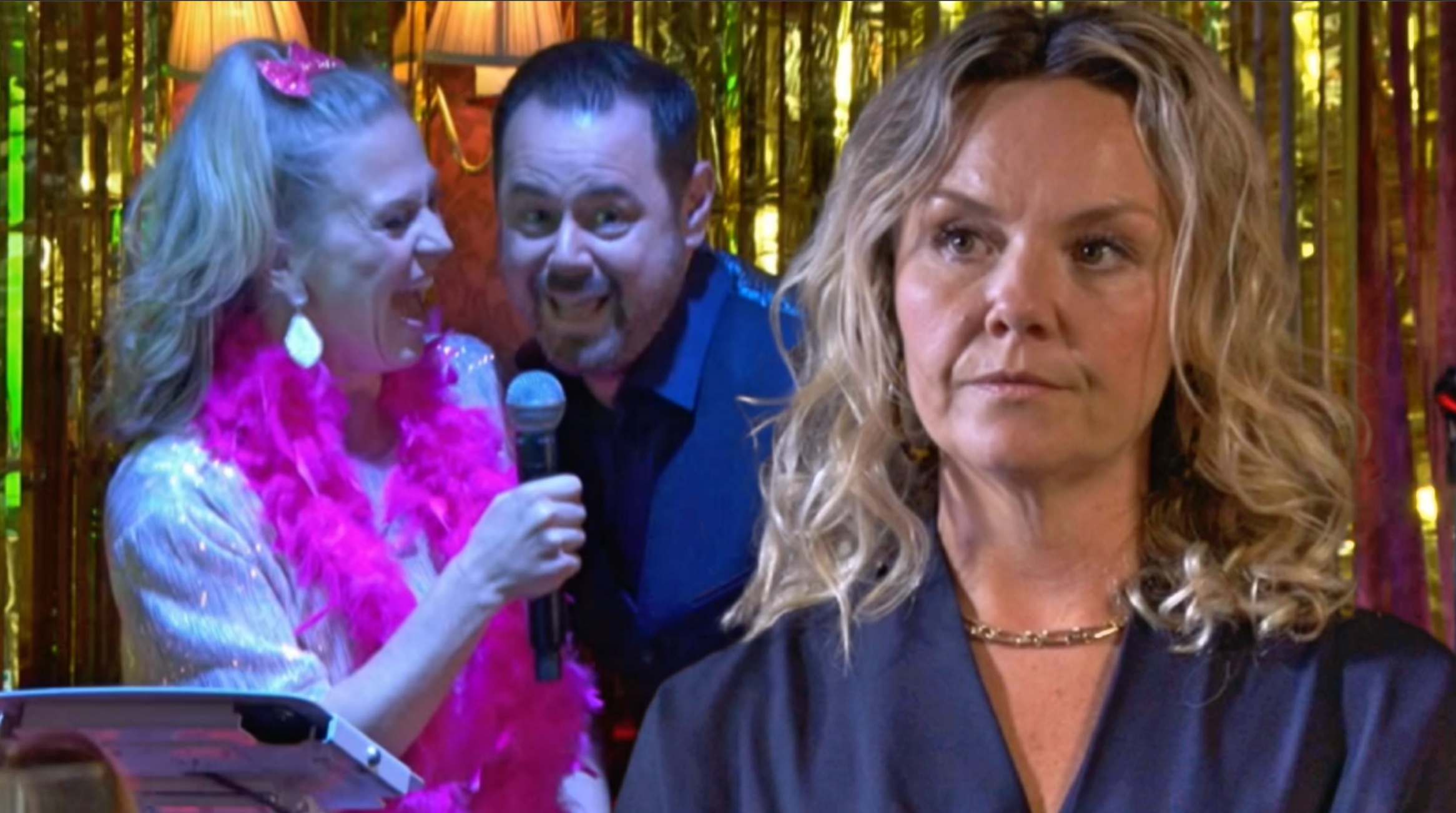 There are some forces in this world too strong to defeat, which is a lesson EastEnders’ Janine Butcher (Charlie Brooks) will learn the hard way, as Mick and Linda Carter’s (Danny Dyer and Kellie Bright) love for one another will seemingly prevail.

The soap’s resident schemer, as viewers know, had her eye on Mick since she first crossed paths with him earlier this year, and despite everyone in Walford insisting that he was off the market due to his love for Linda, she made it her mission to have him.

Her tactics to do so, as ever, involved manipulation and a whole lot of scheming, as she encouraged alcoholic Linda to relapse, before preying on Mick’s vulnerability, making him believe that he’d be better off without the love of his life.

Mick eventually bought into her claims, and despite Linda telling him what Janine was up to, he rejected her repeatedly.

Janine was victorious, having managed to win Mick’s affection. Taking Linda’s man, however, simply wasn’t enough for her, as she soon made it her mission to get rid of the landlady altogether, knowing full well that Mick would never be hers as long as Linda is around.

She underestimated Linda, however, failing to realise the matriarch would never abandon her family, and thus she resorted to some serious tactics, including framing Linda for a car crash which almost claimed her life.

But Linda survived the disaster and yet again proved to be a thorn in Janine’s side. Mick subsequently took a leave of absence from the Square, setting off to see Zsa Zsa, leaving Linda and Janine together to run the Vic.

Janine yet again made it her mission to undermine Linda, and even attempted to tamper with the landlady’s plans for a karaoke night.

Mick, meanwhile, made his long-awaited return in Thursday’s (August 18) edition of the serial drama, and despite Janine having a big romantic evening planned for him, it was clear that the landlord’s priorities remain on his wife.

One several occasions, Mick’s eyes were firmly on Linda, who was in her element as she took on a nineties classic during the karaoke night.

Janine critiqued Linda’s singing, as did Mr Lister. Mick, however, was full of praise for his soulmate, and he berated Lister’s rude comments, and took to the stage with Linda, turning the song into a duet – and suddenly all was right in the world.

Janine watched on with horror, as she realised that – despite all of her manipulation – one simply cannot defeat the power of true love.

There is seemingly a shift from this point forward, as next week will see Mick make it his mission to help Linda ahead of her day in court, and the two almost share a kiss.

Will Janine finally be exposed? What’s more, will Mick and Linda do us all a favour and just reunite already? If this episode hinted at anything, it’s that it might only be a matter of time before true love wins.

EastEnders continues Monday August 22 at 7:30pm on BBC One.