After Naga Munchetty and Charlie Stayt revelled in Steve Rosenberg’s piano renditions of Eurovision songs, the two were told to not let Steve do all the work on BBC Breakfast on Friday. Steve also had to contend with a delay in the live video feed, which created some rather awkward moments on air.

Steve was playing the piano in a grand music room in Moscow and delighted audiences with a discussion on the forthcoming Eurovision final, as well as playing a medley of hits.

As Steve was playing the piano, Naga couldn’t help but to reveal that her and Charlie were being called “lazy” by the studio bosses.

However, it appears that wasn’t the only problem on the show, as a delay in the live feed also caused issues.

“Steve, your piano playing is absolutely beautiful,” Charlie complimented Steve. “Your version is better than the original if I may say.” 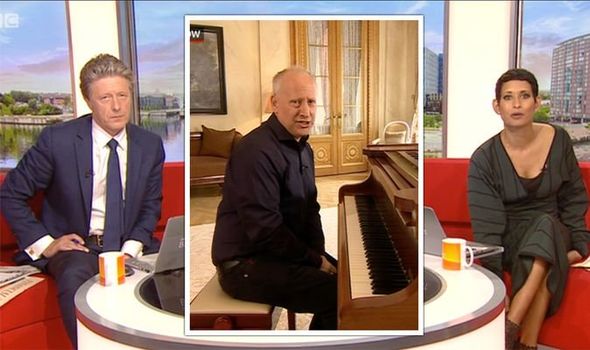 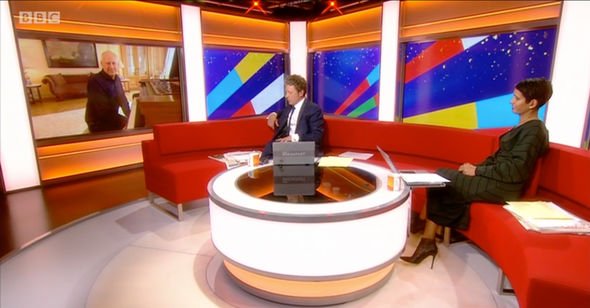 Though, the delay of the live feed made the conversation awkward rather quickly as there was a long pause to Steve’s reaction to Charlie.

The studio was silent before Steve replied: “Thank you, that’s very kind of you.”

Naga asked if Steve would mind if he “indulged her” and would play another song.

She said she loved “Waterloo and Bucks Fizz” but she asked: “Do you remember the Brotherhood of Man?” 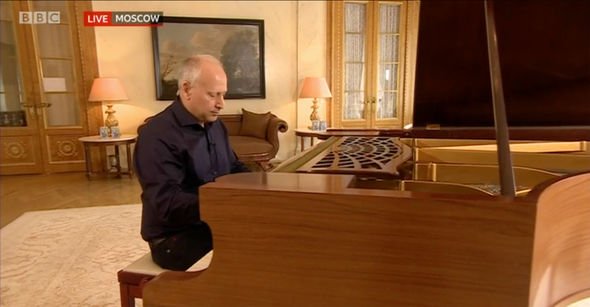 “Oh, absolutely, Save Your Kisses for Me, 1976, that was a winner,” Steve said, as he began playing the song.

Naga and Charlie quietly listened to Steve play, as the studio was silent.

“You have an amazing knack of making it sound so beautiful,” Naga said when Steve finished playing.

“We were just told we were being really lazy by just not doing anything, and letting you do the work.

“Can I just say Steve, what would be really nice is if the Ambassador would just saunter up to the piano and start singing next to you, that would be the icing on the cake,” Charlie joked.

Though, Steve’s laughter was again further delayed during the live feed making it a little awkward once more.

“I don’t know where the Ambassador is, but I’m told he is a pianist,” he eventually replied, laughing with both Charlie and Naga.

Steve joined the BBC hosts once again later in the show to play requests from viewers watching at home.

Naga pointed out Steve knew 200 Eurovision songs on the piano as he admitted: “It’s a bit sad really.”

However, he delighted viewers by playing several of their favourite tracks noting he “loves Eurovision”.

BBC Breakfast airs weekdays at 6am on BBC One.

TV Ratings: ‘To Tell the Truth’ Ticks Up, Leads ABC to Thursday Win With ‘Holey Moley’