Home » TV & Movies » Never Have I Ever season 2 spoilers: Who will Devi choose Ben or Paxton?

Netflix series Never Have I Ever has been a huge hit after arriving on the streaming platform recently. The show follows rebellious teen Devi Vishwakumar (played by Maitreyi Ramakrishnan) as she struggled to cope with the death of her father. Instead of grieving, Devi deflected by trying to lose her virginity to high school jock Paxton Hall-Yoshida (Darren Barnet).

Who will Devi choose Ben or Paxton?

WARNING: This article contains major spoilers from Never Have I Ever

Season one of Never Have I Ever finished on a surprising twist with Devi and high school rival Ben Gross (Jaren Lewison) kissing.

Throughout the course of the series, Devi only had eyes for the Adonis-like jock Paxton and planned to sleep with him.

Her ambitions were scuppered through self-sabotage and the fact she wasn’t ready to have sex with someone she barely knew despite the physical attraction.

Paxton and Devi had a will they/won’t they storyline running through the course of the series as they got to know each other. 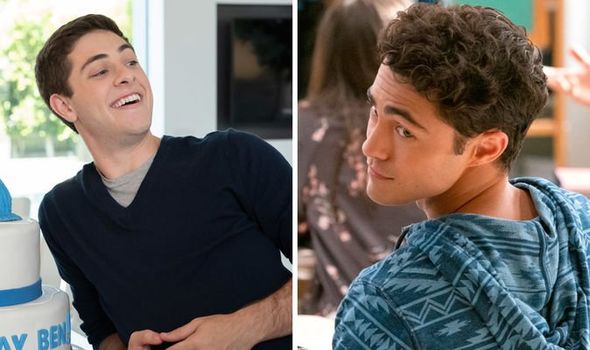 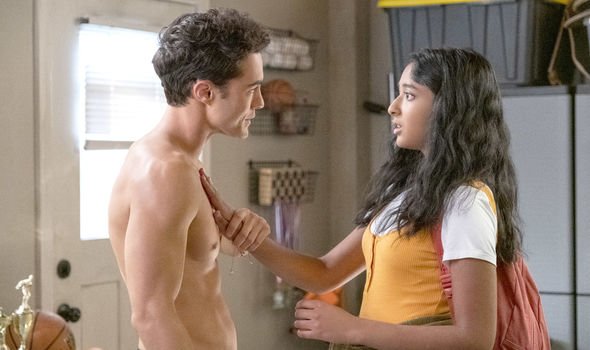 They even shared a kiss after he dropped her home when she fell into Ben’s pool at his house party after trying to stop her friend from drinking contaminated punch.

However, later it looked like any budding romance was brought to a halt when Devi’s mother Nalini (Poorna Jagannathan) gave Paxton an earful.

So, when Devi and Ben did share a kiss, it was somewhat of a shock not just for the teen but also viewers.

Both Ben and Paxton have their pros and cons as potential love interests for Devi, here’s a look at each of the teens and who she could choose. 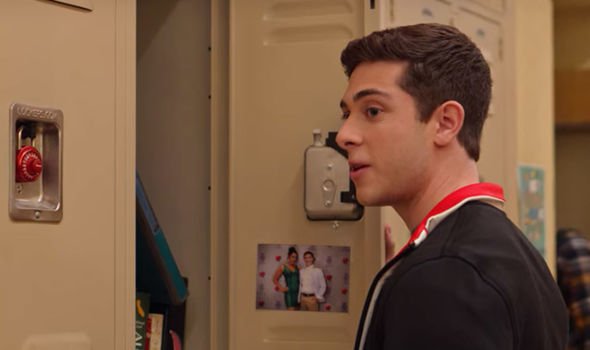 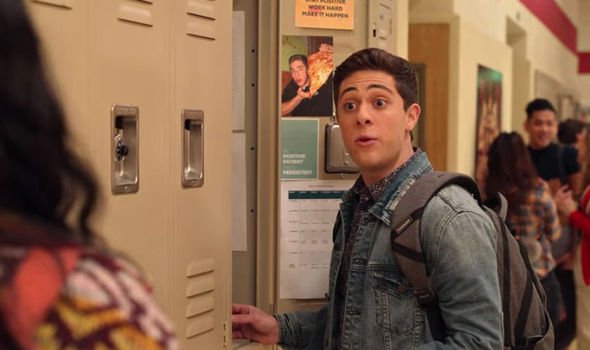 Paxton stepped into action after Devi got attacked by a coyote at a house party, while Ben and the other students of Sherman Oak High simply stared on.

He took her to hospital and ensured she was safe, even sharing a snap with her on Instagram.

Devi opened up to Paxton about losing her father on several occasions – something she struggled to do with her therapist.

Paxton also dropped her home and lent her some of his clothes with the pair having a heart-to-heart before kissing.

He showed his caring side and revealed he was highly protective of his adoptive sister Rebecca Hall-Yoshida (Lily D. Moore).

While there’s clearly an attraction between Devi and Paxton, the pair don’t seem to have much in common.

He even admitted he was “kinda cool” while she wasn’t part of the popular crowd. It was only when Rebecca called him out on it, did Paxton realise he was in the wrong and went to pursue a romance with Devi.

Ben initially came across as an antagonist and a rival, even making Devi cry early on by calling her names. If “unf***able dork” is the teen equivalent of the withering Jane Austen putdown: “She is tolerable; but not handsome enough to tempt me”, then Ben is Sherman Oaks High’s answer to Mr Darcy from Pride and Prejudice.

However, Ben’s motivations and state of being unpleasant towards Devi was explained when viewers learnt about his sad and lonely existence without any sort of home life.

Despite his bad behaviour early on, Ben also showed a caring side towards Devi with the pair having some touching locker chats in between classes.

The pair also had lots in common with a shared academic ambition to get into prestigious Ivy League colleges – read: nerdy intellectuals.

Additionally, he showed off his knowledge of South Asian culture when he revealed it was a “common misconception” to suggest most of India was vegetarian.

Comparatively, Paxton had brushed off her attempts to explain the different types of Indians, saying he “didn’t need the Wikipedia page” on it.

Devi asked Ben if she could move in with him after deciding to run away from home, showing she trusted him.

Interestingly, Ben appeared to have split up with his girlfriend Shira after his house party, where he’d tried to kiss Devi.

His locker door didn’t have a photo with Shira on it by the finale, suggesting he’d already called it quits with her.

Whether Devi will get together with either Paxton or Ben remains to be seen given her skill for self-destruction but more importantly her need to deal with her grief.

Never Have I Ever is streaming on Netflix now

Jodie Marsh puts her her legendary 'boob belt' outfit on sale for £2,000