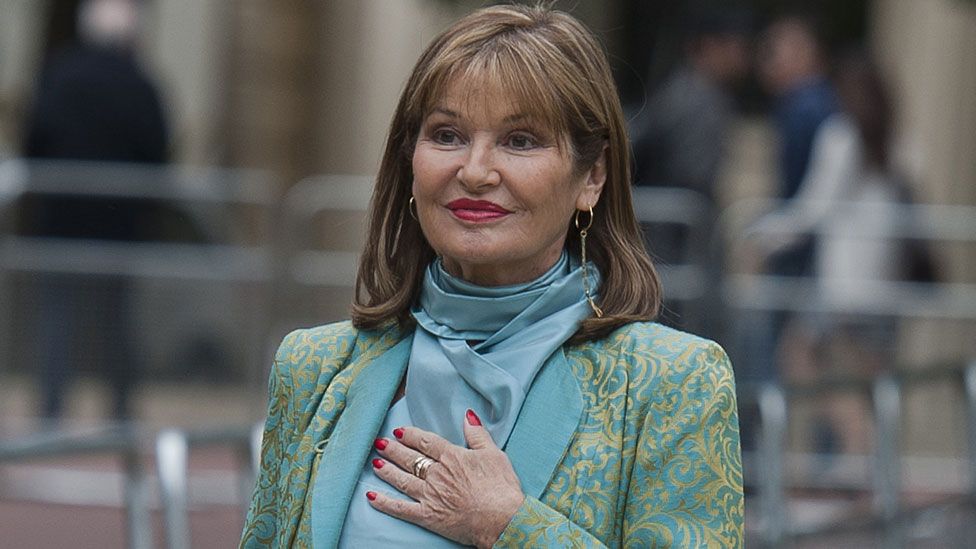 Novelist Melanie Blake is determined to launch a new soap in the UK based on the setting Falcon Bay in her book Ruthless Women – and Dallas, Bad Girls and Coronation Street legend Stephanie Beacham has already expressed an interest in playing leading lady Catherine.

Sunday Times bestseller Ruthless Women looks behind the scenes at the ailing soap Falcon Bay – and the various brave, nasty, spiteful and naive characters in the mix and their behaviours.

And as the book continues to get countrywide success, Melanie has expressed her ambition to stream Falcon Bay in the UK and making use of the talent of older actresses in the industry.

She enthusiastically told Metro.co.uk: ‘Stephanie has already said she wants to play that role! We need to get every person who loves soap to buy this book. It’s a Sunday Times bestseller, which is fabulous, but it needs to reach the masses, it’s number 4 now but I need it to get to number 1 so I can retain the TV rights on it and, a bit like the plot of the book, rehire so many fabulous abandoned actresses.

‘The success of this book would not just be a victory for me but also for the industry and the actresses who have been sidelined and treated this way, it would give me the power to really make a difference to so many women’s lives.

‘I’d set up my own studio, make it a British production, I’d actually make Falcon Bay as a show – it could be incredible! If this book could become huge, it would change the industry for the better. We could cut out the ageist, sexist gate keepers who try and keep women down and stream this to the audience via on demand direct. That is my absolute dream – I am doing this for the women. I am on a mission!

‘Popular is power and that’s what I want from this, there are so many fantastic actresses out there that people would love to see again, I would bring them all back!’

We’re already awaiting our first set visit – the world can never have enough soap and Melanie is proud to be associated with the genre.

She argued: ‘People are terrified to admit they like soaps but more people watch them than any other type of programme and yet we’re seen as this sub culture who all hang around online and are nerds. But we’re not!

‘The sales and interest in Ruthless Women which of course is centered around life on a fictitious soap opera is proof once again that people love this territory, the glamour, the revenge, the rivalry and sexiness of it have captured the readers imaginations in the same way that we tune into our favourite soaps and that’s amazing to see.

‘Fans of soaps are the voices of the real audience – everyone is watching them just a lot of people don’t admit it. Viewing figures aren’t what they were but that’s because of catch up and various things like that.

‘Collectively 25 million people in the UK watch soap opera, that’s more than a quarter of the population.With numbers like that why do you think people look down on soap stars compared to actors in occasional series?

‘It’s snobbery. Catherine, the leading lady of Falcon Bay, the soap the book is based on, experiences that snobbery in one of it’s chapters in quite a hilarious way– I’ve encountered it in real life, people more excited to speak to a YouTube sensation than someone who has been watched at their peak by 30 million people, it’s mad!’

You can buy the book Ruthless Women by heading to Amazon.

These Oscar Winners Are Nominated For Emmys in 2019