Home » TV & Movies » ‘Only Murders In The Building’ Boss On The [Spoiler] Season 1 Finale, A Possible Brazzos Spinoff And What’s Next

SPOILER ALERT: This story contains details of the Season 1 finale of Hulu’s Only Murders in the Building.

Hulu’s Only Murders in the Building wrapped Season 1 and Tim Kono’s real killer has finally been revealed. The finale, which premiered Tuesday, also finally unraveled the mystery of the dead body wearing a tie-dye hoodie in the premiere episode that sets up Season 2. 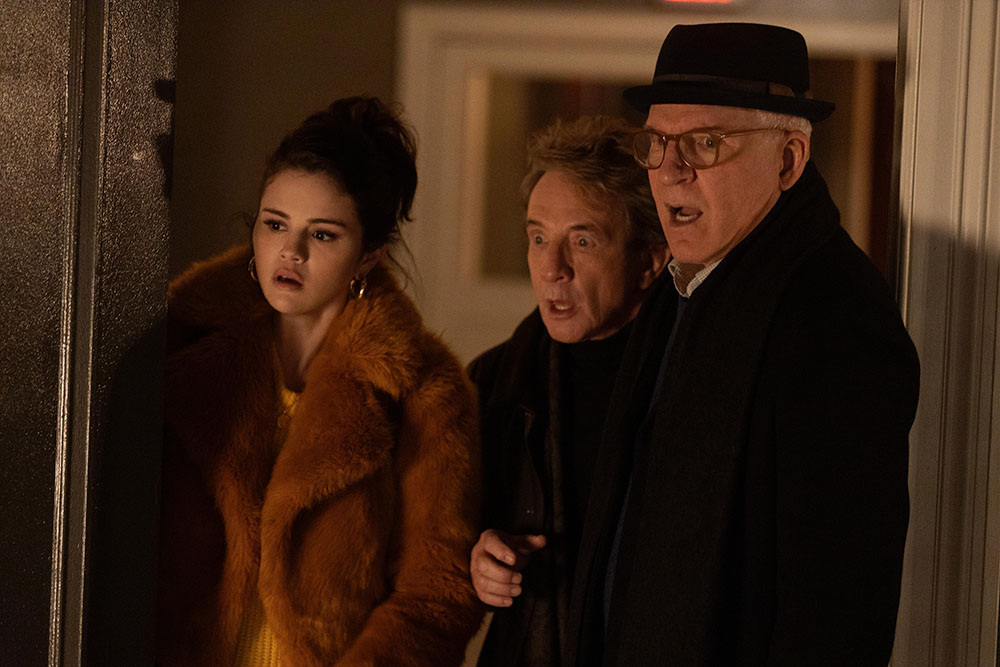 The finale reveals Tim’s killer is Charles’ new girlfriend Jan (Amy Ryan), the bassoon player who it turns out was also in a relationship with Tim. Charles confronts her about her motive and is able to get a full confession: Jan, who believed Tim had been unfaithful to her, first poisoned Tim’s drink then positioned a gun in his mouth and shot to make it appear as if he had committed suicide. She next poisons Charles and attempts to kill him too before escaping.

‘Only Murders In The Building’ Renewed For Season 2 At Hulu

DEADLINE: Steve Martin, Martin Short and Selena Gomez really worked well together as a trio. What can you share about their chemistry behind the scenes that helped make this show a hit?

JOHN HOFFMAN: I hope their chemistry was a big surprise for everyone who sees the show. It was something we were hinting at, understanding, and imagining but boy, the first time we heard them read together over Zoom it immediately hit all of us. It was the first time we heard Selena read with the guys and it was just immediate. That’s when we realized, “This is going to work,” and she came to play. It was thrilling to see her match up with them and not just holding her own but also building a lane for herself with these guys.

DEADLINE: Steve and Marty have worked together for so many years and Selena is not only a newcomer but also several years younger than they are. It really could have gone either way, right?

HOFFMAN: The show reflects, hopefully, the time that our world has been in and how the need for connection has never been more intense. Connections in ways that you may not expect. They were all lonely people who are also complicated people with heartache and pain. I know that doesn’t sound like a great premise for a comedy but I always like to find the human leveling qualities about people we can all relate to. You’ll want them to find joy and friendship in each other which surpasses any age difference and leaps over any expected assumptions over why they wouldn’t make sense as friends. You really can’t help but love this trio and cheer for them. 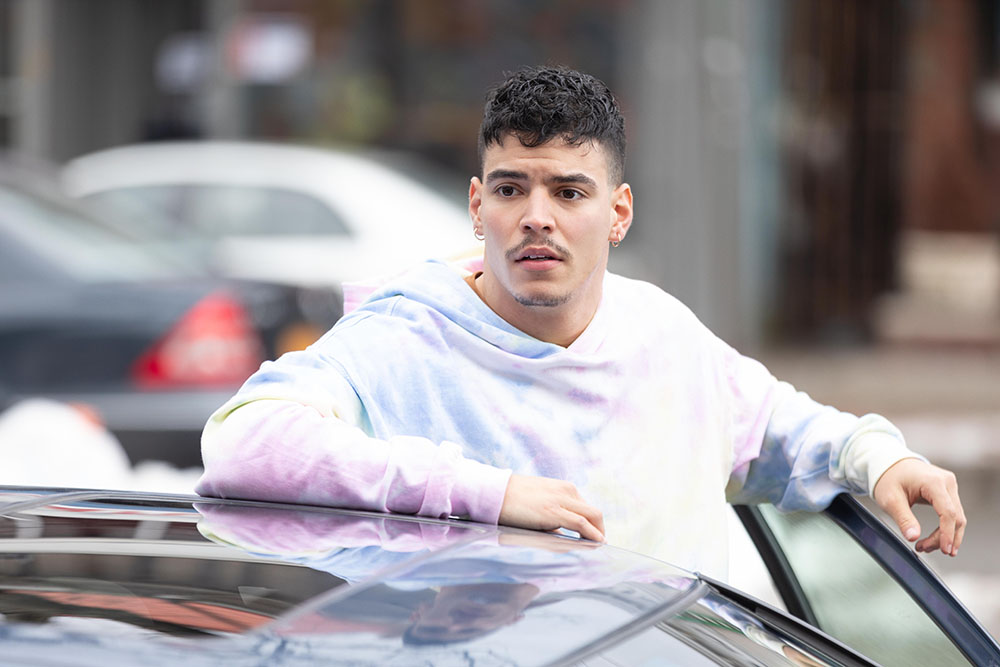 DEADLINE: Rabid Selena fans are certain she’s singing in the theme song. Is she?

HOFFMAN: She did sing! I’m not sure if she did on the final episode but I know she did and at the end of episode one, she’s humming it. I think they may have used some of it in that. We’d be crazy not to.

DEADLINE: You left viewers wanting more on the romantic front from Maya and Oscar (Aaron Dominguez). Could we see more of that next season?

HOFFMAN: I love Aaron Dominguez and we talked a lot about this character. I think it’s a really complicated relationship that he and Mabel have and it’s going to be interesting to see where it goes. It’s born out of tragedy or around a time of great tragedy for both of them. There are certain dreams they both have that they recognize who they are together, but I think they have work to do to understand exactly who they are and if they’re meant to be together.

DEADLINE: Tim Kono’s killer is Jan, a lover no one knew he had, played by Amy Ryan. Amy played Holly on The Office, Michael’s (Steve Carell) love interest after splitting from Jan (Melora Hardin). Not only is Amy playing a woman named Jan, but there are also a lot of little nods to the comedy series. Was this intentional?

HOFFMAN: I know! We were constantly bringing it up on set. When Amy first arrived she said, “I can’t believe I’m playing a character named Jan.” She was delighting in it the whole time. It was really great. Before we cast Amy, the character was already named Jan; there was something about the name I really liked. I think, if I’m not wrong, there was a moment when someone named the character Jane LeClair and I believe that’s the actual first chair bassoonist for the New York Philharmonic [editors note: the New York Philharmonic first chair was actually named Judith LeClair]. So we couldn’t do that, but we’ve gotten so far down the road with liking the name we kept it as Jan and chose a different last name. It’s a little homage. Regarding The Office references, they are a little bit intentional. 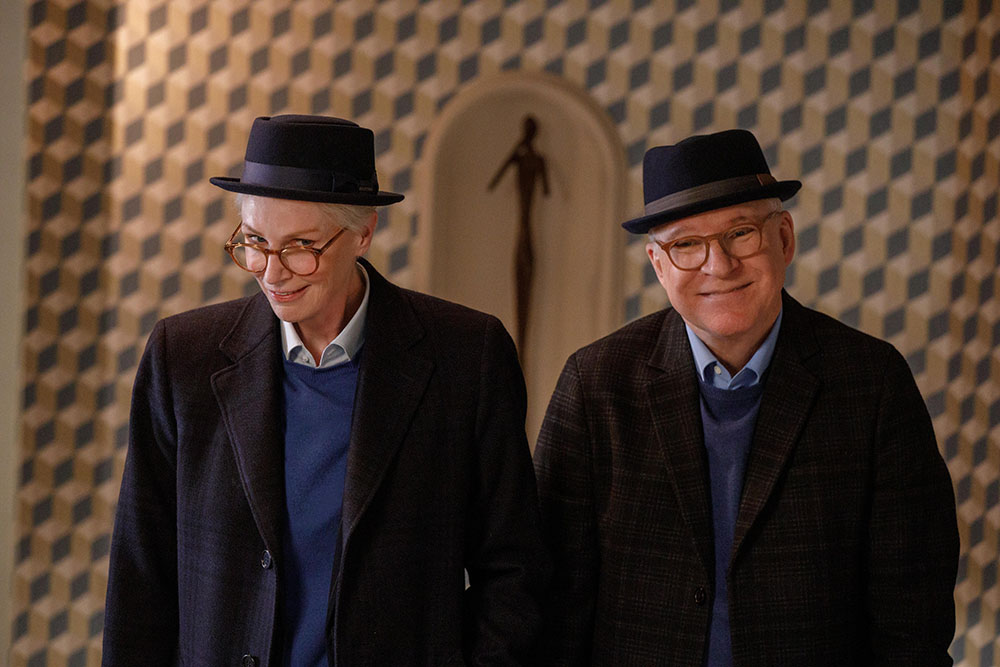 DEADLINE: Brazzos, the show within the show starring Charles as an 80s detective, has become a hit itself. Any plans for a spinoff?

HOFFMAN: I want to say something! (laughs) I will say that Brazzos will not live in the past always. Some version of Brazzos will live on in an old part of the building.

DEADLINE: Is this connected to Charles’ double, Sazz Pataki (played by Jane Lynch)?

HOFFMAN: There are a few pitches. But this was one that jumped out when we were in the writers room last year and it was decided that Steve Martin’s stunt double has to be Jane Lynch. We just sat in stunned silence knowing we now had to make a whole episode about that. We had the best time working with her and we all want her back. I can’t imagine a world where Sazz isn’t part of our group going forward.

DEADLINE: Viewers were able to celebrate the closing of one chapter for a few seconds before tragedy strikes again. In episode one, it’s revealed that Mabel is standing over a bloodied body wearing a tie-dye sweatshirt and the body is revealed in the finale—it’s not Oscar, it’s Bunny (Jayne Houdyshell)! Mabel, Charles and Oliver are arrested. Where do we go from here?

HOFFMAN: That’s the big question. Our trio is in the hot seat at the end of Season 1. They have to reckon with their relationship with Bunny in the days prior to what happens at the end of the season and there’s a lot that went down. Mabel said some unkind things about her outside of the Arconia. Oliver had a long history of conflict with Bunny. And Charles was deeply offended at the idea of being evicted by her after 30 years. There’s all that plus their connection to true crime and their respective histories which we will learn more about. There’s a lot there we start peeling back that’s built around what happened at the end of Season 1 and leading into 2. It gets more complicated and more fun in weird ways. It also puts pressure on them to solve the case. 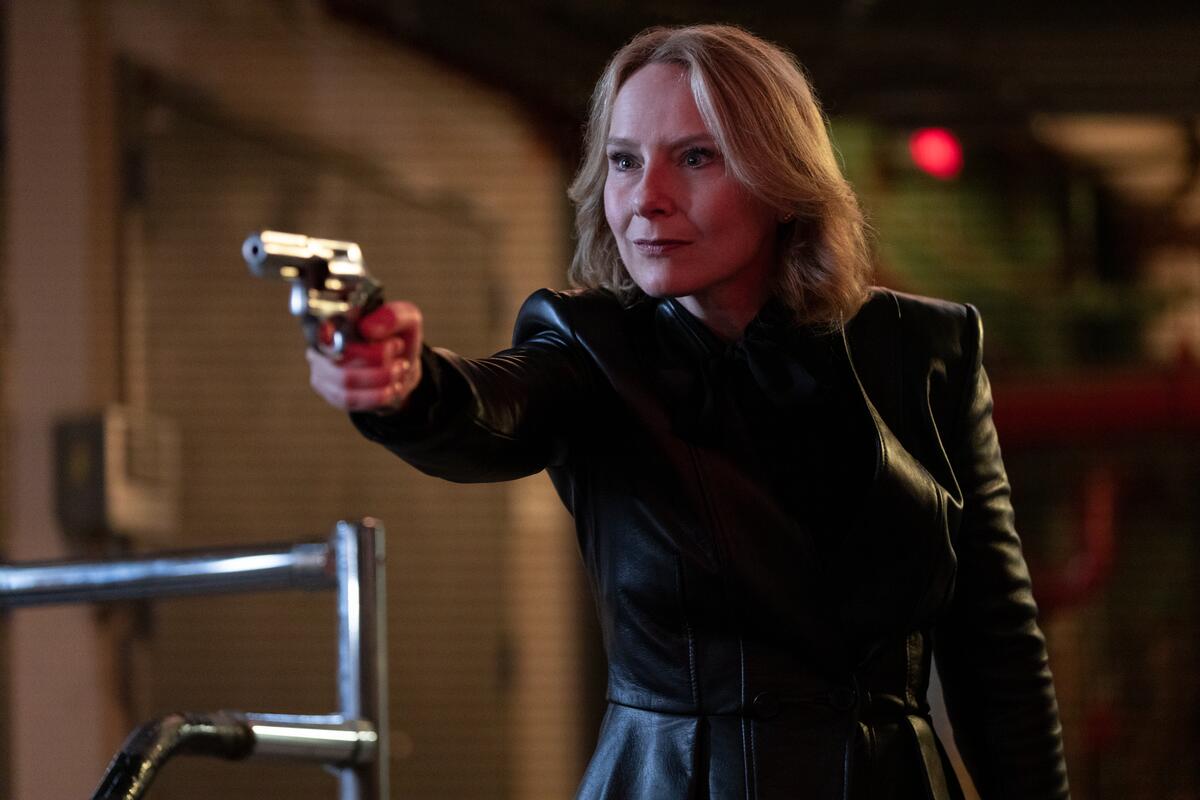 DEADLINE: Is the Arconia haunted?

HOFFMAN: It’s got some secrets for sure and that’s another area we’re interested in exploring. That is a part of the humor and certainly as everyone in the building starts getting concerned about what’s going on in this particular building. Also, what does it mean for the real-world purposes of what’s happening with our built-in real estate terms as far as the value and who wants to live here and who doesn’t anymore? It all gets very complicated at the Arconia. You’ll learn more about its history in Season 2.

DEADLINE: How many murders do you have planned for the building?

HOFFMAN: It’s important that the reality of our characters’ lives and the mystery itself is surrounding one key murder a season. I’m proud of, from Season 1, the fact that all of the dimensions we found around the death of Tim Kono (Julian Cihi). I think it’s important that with these stories, also for a comedy, to remind us that we’re talking about one life and how that life touched a lot of lives and we show it in a big way and a lot of different ways. Nothing, hopefully, is painted in just one color around the victims on our show. That’s part of the mysteries yet to be unpeeled as well. I like taking the time to honor the life in certain ways and finding the compelling reasons to go deeper and put yourself at more risk to find out what really happened. That takes a little time and it keeps us grounded in reality, which is important for the comedy and the drama that we play. We have to constantly check ourselves too.

We have lots of variations on what we can do here and we talk about them all the time. There’s a title we have yet it’s also the title of a podcast, so it can leap off in many directions. We love the idea of many seasons for this show and it’s been a dream job for me.

DEADLINE: Will Sting move out of the Arconia or will we see him again? Also, are there any other famous residents—say, Chevy Chase?

HOFFMAN: I only hesitate because of spoilers but I’ll say you’re in the right lane to the highway for certain things we’ve been thinking about. Certainly, nothing was better than having Sting join us. There’s some movement around Sting, let’s go with that.

DEADLINE: At the end of the episode, Mabel says there are still some loose ends. What is she talking about?

HOFFMAN: I can’t believe we’re already here at the end of Season 1. If there are questions still dangling or things that maybe don’t quite add up and make sense, that’s valid. It’s also reflected in Mabel’s question. There are a few loose ends there but they’re intended. As much as there may be clues that feel like, “Wait a minute, I don’t understand that?” Hopefully, we’re keeping track of all of those, as well. And we have Season 2 ahead yet. We may still be addressing some loose ends.

Dyson Black Friday deals 2022: what to expect this November | The Sun