Graham McTavish starred as highlander Dougal MacKenzie in Outlander up until 2016 when his character was killed by Jamie Fraser (played by Sam Heughan) before the Battle of Culloden. In the two seasons he starred in, Dougal was a tough, no-nonsense highlander who strongly believed Scotland should be independent from the English. Looking back at his time on the show, Graham has expressed his regret at not being included in an “intimate scene”.

Dougal managed to get Geilis Duncan (Lotte Verbeek) pregnant, although the couple were never seen together kissing or being intimate with one another.

There was only one occasion in the first two series which showed the pair even acknowledging each other.

Graham had expected the romance between Dougal and Geilis would mean scenes involving nudity would be required and was disappointed to learn he didn’t need to strip off.

Writing in Clanlands, he reflected: “I’m game for everything. 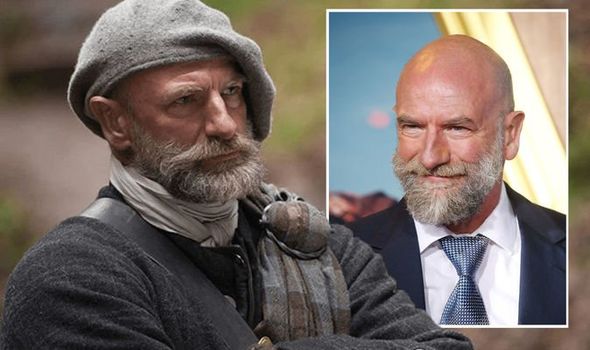 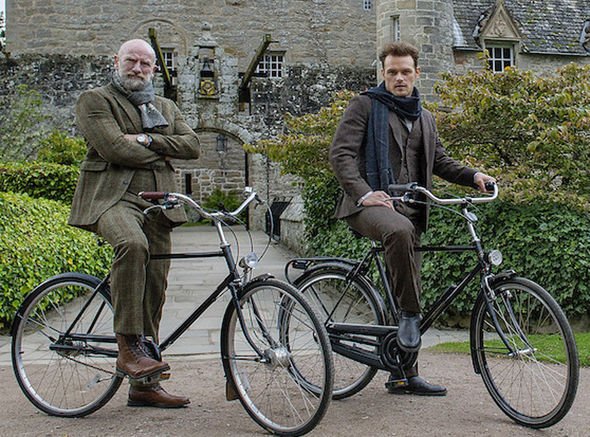 “I said that when I signed with Outlander and ticked the nudity clause with great enthusiasm.

“Never got to take my kit off, though, a source of consternation and regret.”

Later in the book, Graham commented on the lack of romance for his character once more.

He added: “When I signed the contract for Outlander it included a nudity clause. 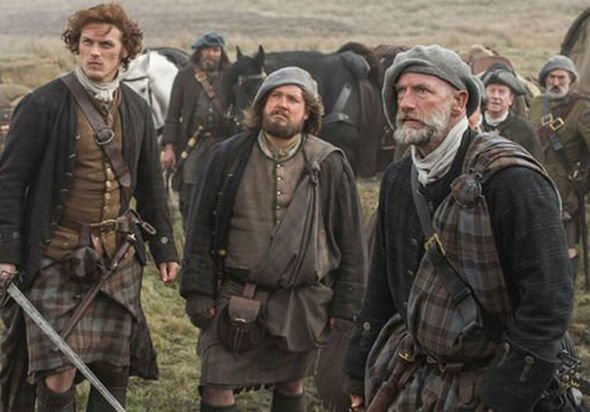 “In signing it I agreed to perform scenes of nudity. For me, rather than seeing it as allowing for the possibility of nudity, I took it as a promise of nudity.

“(Ever since my days of theatrical nudity I’ve clearly been itching to get my kit off. Maybe itching isn’t the sexiest of words. Dying. Nope. Yearning. I’ve been yearning to rip it all off.)

“As it turned out I didn’t even get a peck on the cheek.”

However while Graham has expressed his regret at not being involved in a nude sex scene, he was almost required to go naked for a scene which would see the highlanders bathe in a cold stream.

Unsurprisingly, the cast weren’t too keen on that idea given how cold it could be on location in Scotland.

Speaking at the Wizard World Virtual Convention last year, Graham recalled: “One of the scenes that was the most challenging was one that we never shot, thank goodness.

“They suggested early on, in season one, that one of the episodes would open with the highlanders bathing make in a river.

“We were all going to be like joshing around and having a great time but speaking, it would have been impossible to speak.”

“The whole time all you would be concentrating on was not dying.”

He added: “We did gently suggest, they were American people who were planning this and of course they had no idea what a Scottish river feels like in the summer and this was March I think.

“A couple would die, a couple of us wouldn’t make it out. So we didn’t do it thank goodness.”

Outlander seasons 1-5 is available to stream on Starz and Amazon Prime Video now.