Fans of Outlander are pleased to know the drama is finally filming season six after several delays over last year. The new season will see the return of Jamie Fraser (played by Sam Heughan) and Claire Fraser (Caitriona Balfe) as they head towards the American Revolutionary War. But as fans wait impatiently, series boss Ronald D Moore has recently opened up about the possibility of an expansion of the universe.

Moore admitted talk has been rife of a spin-off based around fan-favourite character Lord John Grey (David Berry).

In an interview with The Hollywood Reporter, the showrunner admitted to being a little stunned a global hit like Outlander – which is based on such beloved novels – hasn’t by season six already had two or three spin-offs.

He then suggested that: “Conversations are underway on both season seven and on a spinoff and I think we’re going to have good news on both those fronts before too long.”

“I feel very optimistic about it,” said Moore. 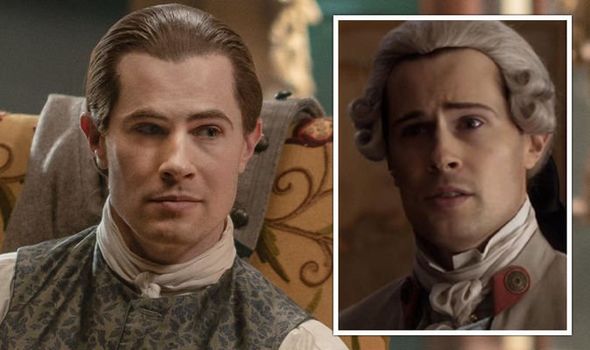 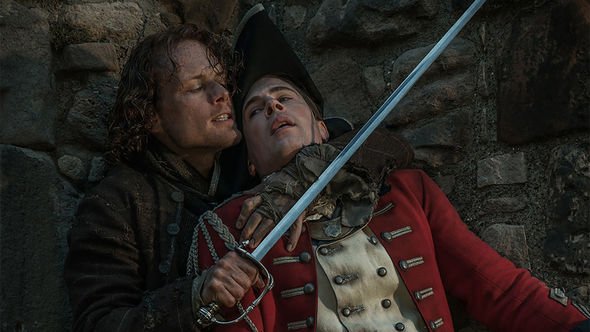 He also added: “I agree that I would’ve been happy to see it happen sooner than this but everything happens in its time.

“I think both those things are probably going to happen and hopefully we’ll be able to say something about it before too long.”

Rumours about an Outlander spin-off series have been floating around for a number of years now.

Berry’s character is one of the front-runners for a show. Along with appearing in the show, he is also the subject of his own novel series by Outlander author Diana Gabaldon, which is comprised of nine books. 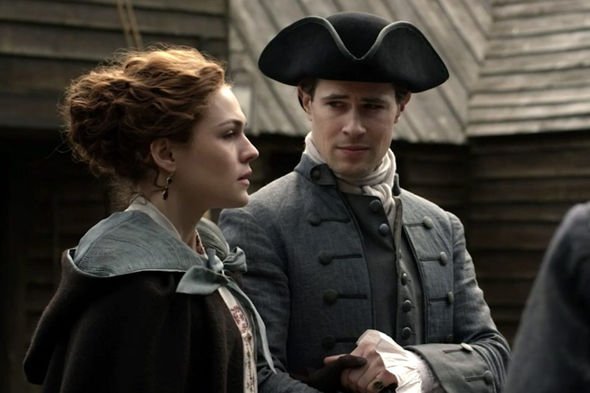 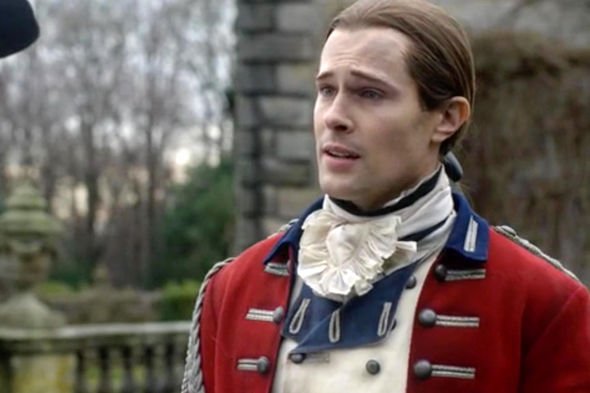 There is definitely a wealth of material there for Starz to make the show happen, and Moore’s recent announcement is just what fans needed to fuel their desire for it.

Hopes were already heightened back in January when Starz CEO Jeffrey Hirsch announced the possibility of expanding the universe of Outlander.

Speaking at the Television Critics Association Winter Press Tour, he revealed this could be in the pipeline.

He said: “We think there’s a lot of opportunity in the Outlander universe to have the story extensions or spins or sequels.

“We continue to look at that with our partners at Sony. Hopefully, we’ll find something that we feel is great and continue to tell that story.”

In an exclusive interview with Express.co.uk, author Gabaldon revealed what she thought about the plans for the series: “I would certainly like to see that done,” she said.

Going on to speak about why she decided to dedicate a whole series of novels to just Lord John, the writer admitted: “He just sort of evolved, you know? He occurs for the first time in the second book as a young soldier who happens on Jamie in the highlands.

“[This is] when the British Army was advancing on what would later turn out to be the Battle of Preston.”

“I wanted to deal with that battle but I was just working up to it and thinking what would happen the night before, and, you know, suddenly this kid comes out of nowhere and tries to assassinate Jamie.”

She added: “This was a very interesting meeting and so forth but I never expected to see that kid again.”

However, as fans will know she decided to bring Lord John back again later when Jamie was imprisoned and has done numerous times since in her Outlander novels, as well as ones based purely around the character.

Previously, she has also said Lord John was the perfect choice because he has such an interesting story, as well as being a scene-stealer in the original novels.

Outlander seasons 1-5 are available to stream on Starz and Amazon Prime Video now.

'Flipping Out': Does Andy Cohen Know If the Show and Jeff Lewis Is Coming Back?