Ozark: Cast members look ahead to the final season

Netflix series Ozark has been a major hit with audiences and, while waiting for the anticipated fourth season to air, fans are rewatching the series and catching any plot holes in the process. Marty Byrde’s purchase of a strip club, in particular, caused fans to take to Reddit to discuss the betrayal of Marty’s character within the scene.

After a money laundering scheme goes wrong, Marty forces his family to move to the Ozarks in Missouri to operate a bigger laundering operation to make amends with the Mexican drug cartel.

However, a purchase of a strip club in season one, episode four, titled Tonight We Improvise, has fans questioning Marty’s thought process on the decision.

In Tonight We Improvise, Marty attempts to buy the strip club Lickety Splitz shortly after arriving in town, as a way to launder his money. 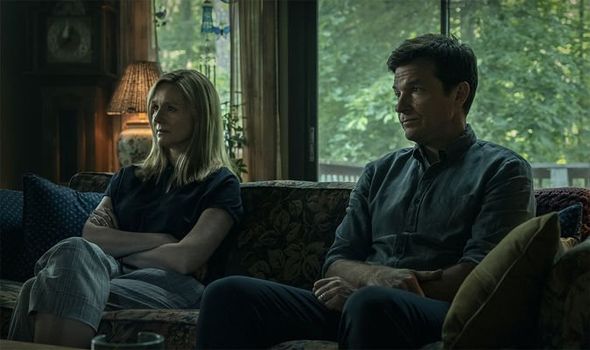 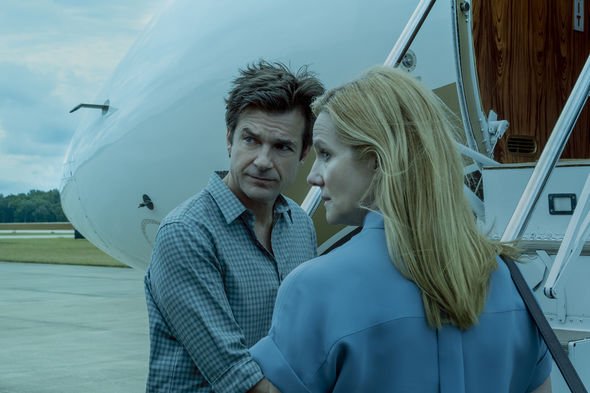 His offer is rejected by the original owner Bobby Dean (Adam Boyer) and Marty then breaks into his safe.

After Bobby Dean is arrested, Marty posts his bail and uses the information he found in his safe to get Bobby to sell him the club.

Bobby was previously laundering money for two major heroine dealers, which was unbeknownst to Marty.

The heroine dealers then murder Bobby in retaliation for losing the club. 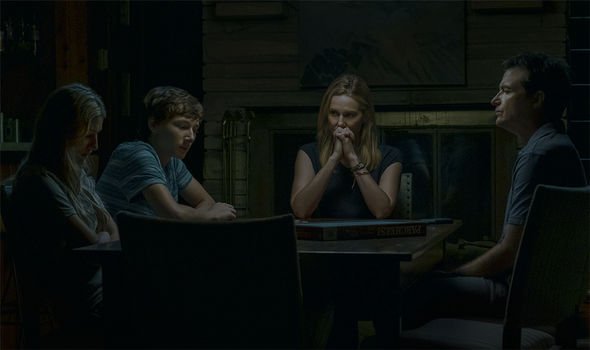 However, fans have taken to Reddit to discuss the scene, as well as Marty’s thought process.

One fan wrote: “It is surprising to me that marty didn’t seem interested or concerned about who Bobby Dean (strip club owner) is washing money for.

“Marty is so diligent and always doing his research to avoid risk.

“Seems kinda out of character to steal a business from someone that is obviously connected to some much larger criminal enterprise,” they continued.

“Maybe this is all answered in the next episode and I’ve forgotten.

“I feel like we should have seen marty at least acknowledge that there is a bigger fish than bobby dean he will have to deal with some day,” the Reddit user concluded.

Acknowledging that Jacob (Peter Mullan) and Darlene Snell (Lisa Emery) are revealed to be the heroine dealers later in the episode, another user responded: “Ya that’s a good point I don’t know, I think it’s more about introducing the Snells into the story line for plot progression.

“And Marty needed the club to make the deadline anyway so he probably had no other choice and just had to deal with the blowback later,” they added.

A number of other fans agreed that Marty’s actions buying the club were really out of character, but perhaps the time pressure forced him to act more foolishly.

“He’s just such a pragmatic guy, it felt really out of character. I feel like the writers wanted a situation to show that Marty is becoming a little ruthless, and is willing to get his hands dirty, but it was at the expense of his main character trait (careful, well researched decision making).

“What if Bobby Dean was laundering money for another cartel… it’s instant game over. Just felt out of place,” they remarked.

While another disagreed that Marty should’ve been more careful, saying: “Marty knew he worked for worse people.”

Ozark has been one of Netflix’s biggest hits since it first aired, and viewers should be excited to hear that filming is underway on the highly-anticipated fourth season.

The crime drama series was created by Bill Dubuque and Mark Williams, and produced by Media Rights Capital, with a release date for the forthcoming season yet to be announced.

Ozark is currently available to stream on Netflix.