P-Valley has taken viewers by storm as it depicts a fictional look at the drama that goes on in the Mississippi strip club, The Pynk. With the Starz show fast approaching its finale, eagle-eyed fans spotted a clue to suggest Keyshawn (played by Shannon Thornton) could finally escape her abusive relationship.

P-Valley first landed on screens in 2020 and fans were enthralled by the drama which followed the lives of rappers and strippers of Mississippi, Delta.

Season two, however, took a step away from the club, which was shut down due to the pandemic and shone a light on the character’s personal battles.

Throughout the show, fans have witnessed Keyshawn fall victim to domestic violence at the hands of her abusive boyfriend Derrick (Jordan M. Cox).

During episode two, White Knights, things took a turn for the worse after the dancer returned from a tour to learn Derrick had also been abusing their three-year-old son, Jayden. 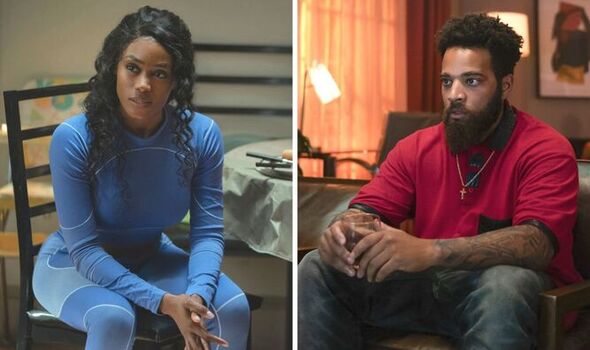 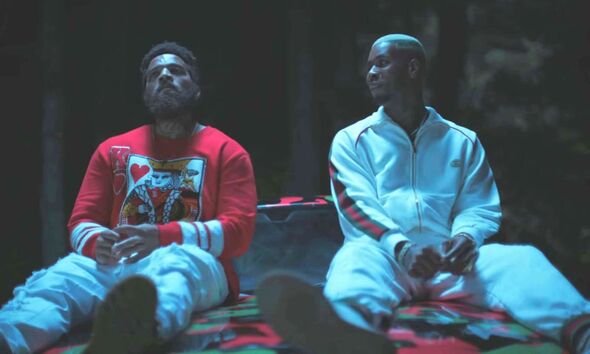 After she confronted him about it, he almost left even more physical scars after threatening to burn her face with an iron.

This was the final straw for the dancer, who was now even determined to escape the relationship for good.

Fans believe this will be possible for Keyshawn after spotting a clue on Big Teak’s (John Clarence Stewart) clothing.

One viewer took to Reddit to explain their theory after noticing an image of the King of Hearts card on Big Teak sweatshirt during episode six. 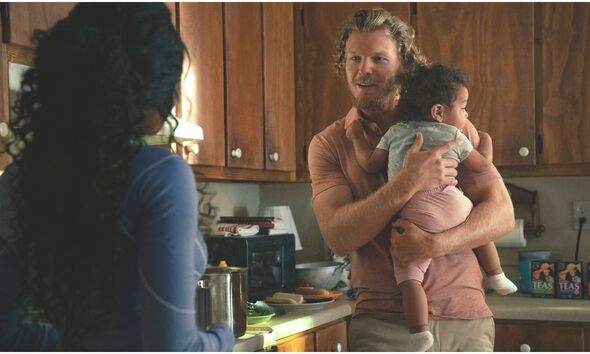 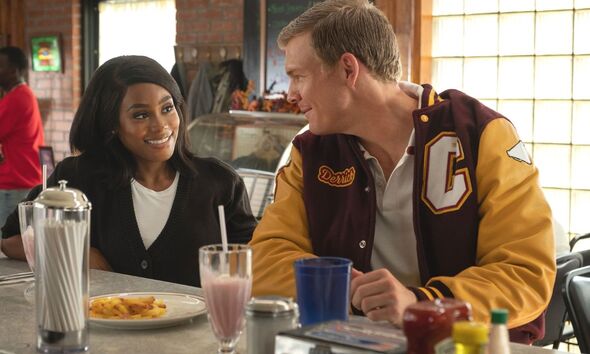 The user VMCoco explained that the King of Hearts card “is said to be a card of suicide”.

“While Big Teak was weary of fighting and could no longer find the light, we have Keyshawn, who is ready to FIGHT,” they continued.

“She can see the light and knows brighter days are ahead for her and the children.”

They added: “If imagery is any indication, all signs point us to Keyshawn finding her freedom, success, and a possible reconciliation with Diamond.”

Another fan @AMAKUALENALENA agreed: “I think so too,” and hinted: “Based off an IG live with uncle Clifford and she hinted at something for the 10th episode.” [sic]

During episode eight Big Teak no longer thought his life was worth living after being plagued with traumatic memories from his troubled childhood.

Although, he and his lover Lil Murda (J. Alphonse Nicholson) took the day off and spent it together after travelling on tour, the reality set in for Big Teak.

While sitting in the car Lil Murda gifted him, he pulled the trigger on himself as his lover cried over his death.

With two more episodes until the season finale, fans are convinced there is enough time for Keyshawn to escape to freedom.

The actress also hinted at her character’s eventual freedom during an interview with Entertainment Weekly.

Shannon stated: “Keyshawn is resourceful and she’s a go-getter, so she will figure something out.

“You’ll see her do just that. Towards the end of the season, she calls on some old friends.”

P-Valley season two continues on Sunday, August 7 on Starz in the US and on Starzplay in the UK.

Will Ariel Winter and Other Actresses Ever Stop Getting Criticized for Their Looks?

Everything to Know About She-Hulk: Attorney at Law