The reality stars were spotted enjoying a dinner date on Saturday night before heading to Towie hotspot Faces to carry on the party.

She completed her show-stopping evening look with a cool leather jacket and glam make-up.

Reality star Pete, 30, also put in the effort with his style rocking a knitted polo top and suit trousers.

Despite looking cosy on their night out, the pair have actually enlisted the help of matchmakers Paul Carrick Brunson and Anna Williamson to set them up with members of the public on the new series of Celebs Go Dating. 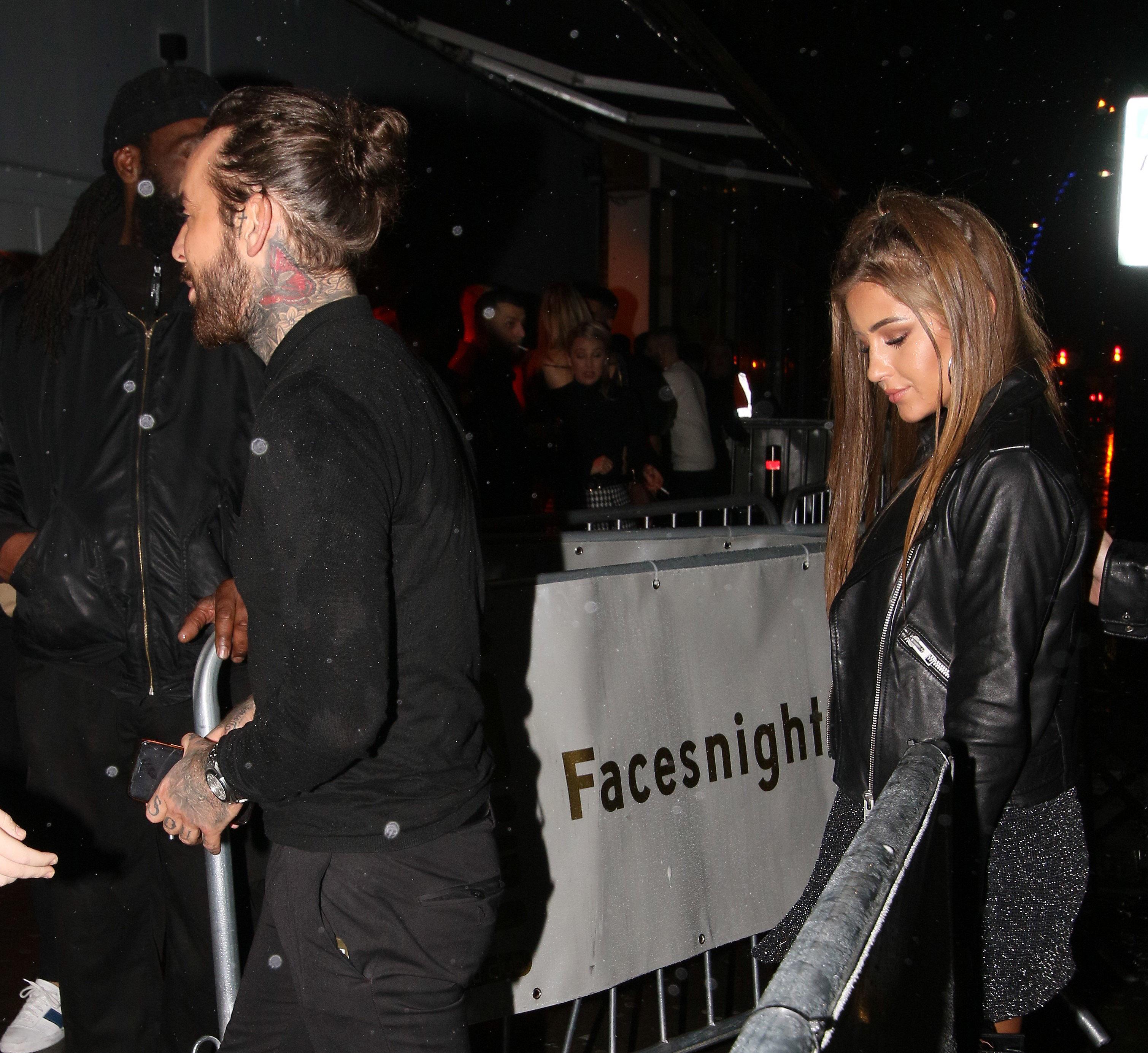 But it seems Pete is going down a storm with the show's female celebs as he was recently pictured holding hands with co-star Kerry Katona.

The Essex hunk could be seen holding the ex Atomic Kitten star close as she nuzzled her face against his chest.

However his charm might not work on all of the dating agency's famous recruits as his ex-girlfriend Megan McKenna has also signed up following their acrimonious split last year.

The former flames are set to clash after the reality star turned country singer was announced as the final star to join the next series.

An insider told The Sun Online: "Megan will go into the show later than the other stars, like Amy Tapper did this year.

"There's going to be fireworks as her split from Pete was was very bitter.

"Bosses want someone everyone will be talking about, who'll cause drama and shake things up. Megan's great TV and everyone's so happy she's signed up."

The former couple split for good in October last year following a series of furious rows.

‘Sister Wives’: Meri Is Emotional Hugging Robyn’s Kids for the First Time During the COVID-19 Pandemic