This Morning: James Martin says sorbet is easy to make

Clodagh McKenna was in the This Morning kitchen today, cooking her “turbo tacos” for Phillip Schofield and Holly Willoughby. She was teaching those at home how to create meat and meat-free version of the dish, by using pulled pork and tempeh – an ingredient the presenters hadn’t tried before. And when Phillip went to try one of the dishes in front of him, he made a blunder in regards to what the ingredients were.

As with every chef in the This Morning kitchen, they had pre-cooked two plates of food for Phillip and Holly to try while they made another live on air.

While Clodagh was discussing tempeh, the presenters were tucking in and discussing how it tasted.

Phillip said: “We have vegans on our team and this, as far as I’m concerned, is meat.”

Holly interjected: “That is meat,” and Clodagh added: “That one is pulled pork.” 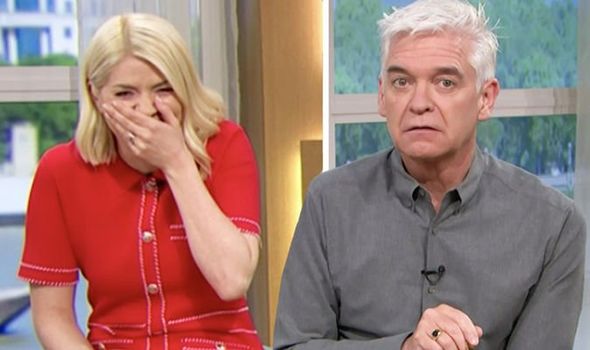 “I thought this was a vegan item!” Phillip exclaimed. “I thought you had made the most perfect vegan ingredient which happens to be meat.”

Clodagh went onto explain how she had given him and Holly two options – meat and vegan but Phillip stated: “See you just can’t recreate that can you! ”

He then joked with viewers: “For a moment there I thought I was going to go vegan.”

Holly then tried the tempeh version and added: “It’s not pretending to be a meat, but it feels substantial enough to replace it in a meal.” 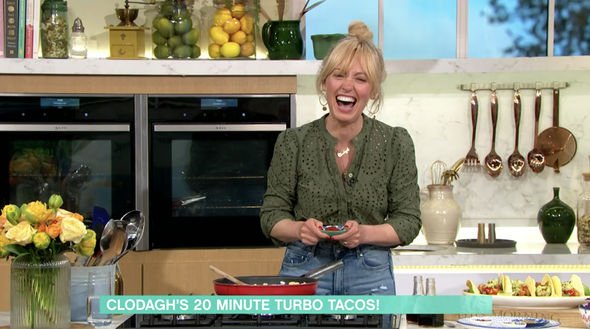 Those watching at home took to Twitter to comment on the use of Clodagh’s tortilla wraps for the dish.

“That ain’t a taco Clodagh; a taco has a crispy shell that’s a tortilla wrap love x #thismorning,” someone said.

Another wrote: “Why not use soft taco shells. Tortilla wraps are not f****** tacos! Come on! Do it right or give the slot to an authentic chef!!  #thismorning.”

“You don’t roll Taco’s up like a wrap…. #ThisMorning,” one mentioned. 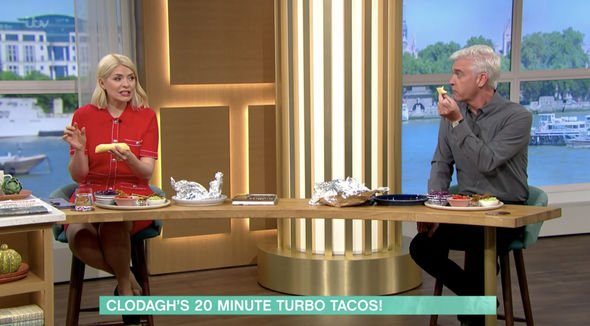 Later in the show, Phil Vickery had a pre-recorded segment where he took to the Irish seas to find out how mussels were collected before serving up his own.

Phillip and Holly got to try them in the studio and Phillip joked: “I’ve got the vegan ones.”

Holly then muttered something in relation to the earlier mishap and Phillip then outed her: “I was going to let this go! Holly just said to me she was going to break a bit of bread off and put it in a mussel shell and pretend it’s a mussel.

“There! I just flexed my muscles.”

“You know the thing I have about mussels, I have to eat them in the dark,” Holly replied.

She then ate one without looking to prove to those watching at home she did like them before squealing: “I so want to chuck something at you but I can’t because of Covid!”

This Morning airs week days at 10am on ITV.

Denise Richards Will Exit ‘The Real Housewives Of Beverly Hills’