Viewers praised the TV star for "nut roasting" the Daily Mail columnist live on air after she insisted veganism should be treated as a religion before admitting she eats eggs. On the show earlier today, viewers watched the 60-year-old journalist debate Reverend Richard Coles over whether veganism should be considered a religion.

Liz said: "It’s animals, I love animals. I believe a religion isn’t so much about a god, it’s about respecting others."

Discussing the parameters of what veganism should include – and the idea that insects are killed in bread production – Piers, 53, said: "Shouldn't it also extend to everything that involves killing animals, including bread?"

Later, journalist Liz admitted she eats eggs because she "knows their parents" and keeps chickens.

Piers suggested that he would then enjoy steak since he "knows a cow in London Fields". Those watching at home took to Twitter in giggles over the interview.

One wrote: "Piers Morgan vegan rant this morning has me in stitches @piersmorgan @GMB #GMB"

A third shared: "Vegan on #GMB arguing for Veganism admits she eats eggs laid by chickens she knows the names of." 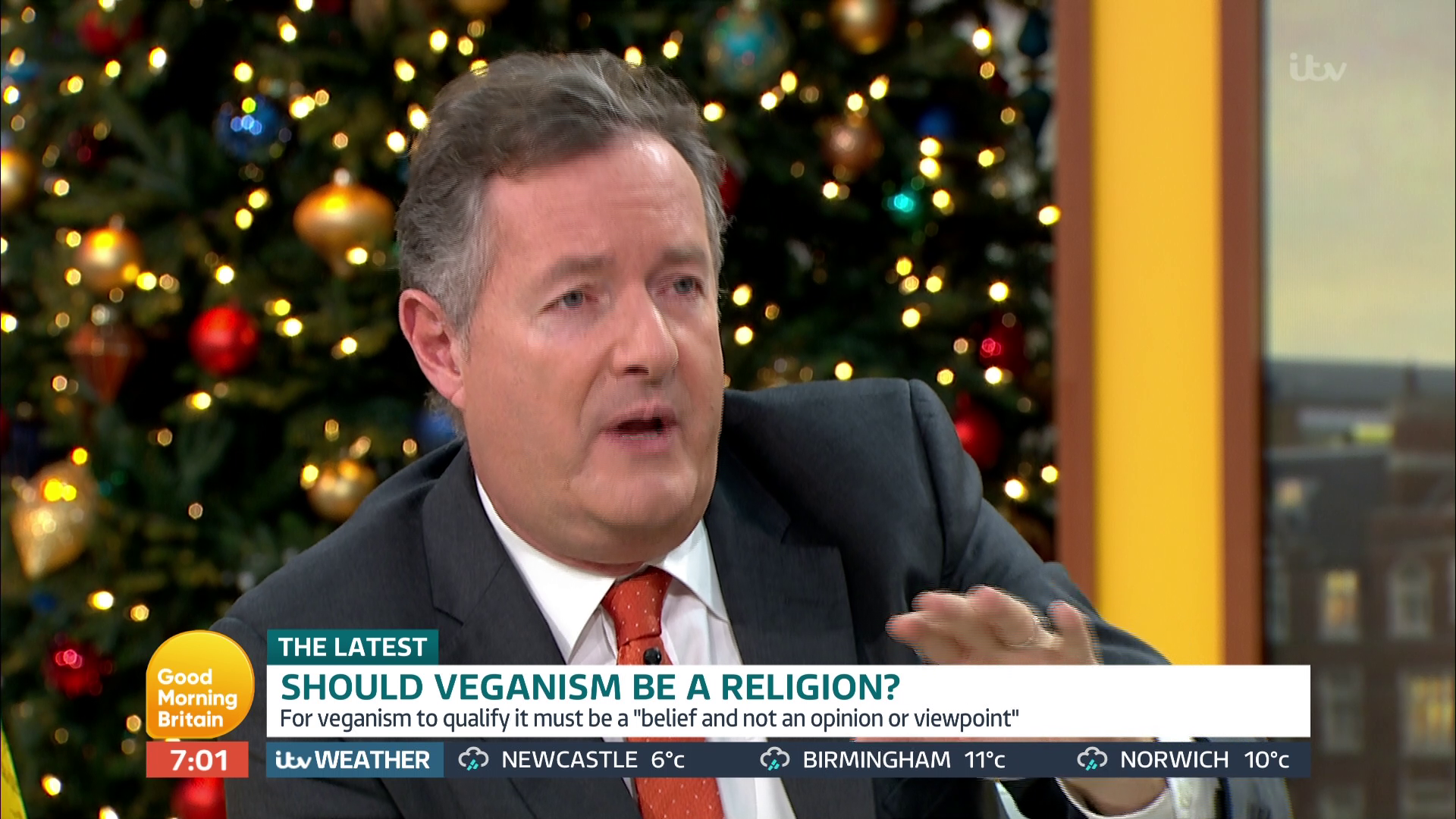 It comes as Piers has reignited his feud with Little Mix as he slammed Jesy Nelson's gun tattoo. 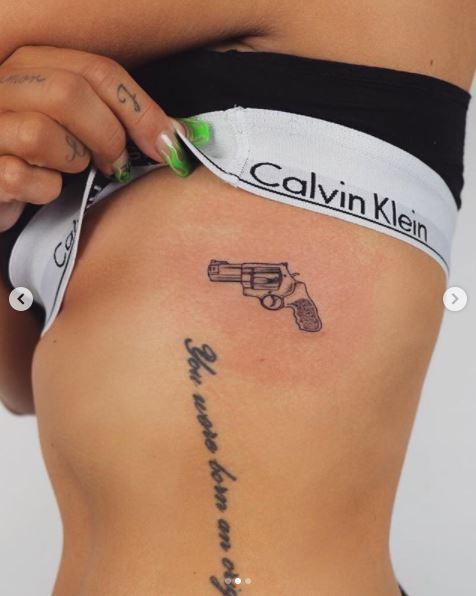 Last month, Piers criticised the band for copying the Dixie Chicks after they posed naked with insults from trolls written on their naked bodies to promote their new single Strip – leading Jesy to call him a "silly t***".

Earlier today – speaking about the 27-year-old singer – Piers sarcastically said: "This great role model to millions of women, who really wants to empower them, has had a new tattoo put on herself."

As an image from the pop star's Instagram of the side of her torso flashed up on screen showing a small gun inking, the presenter continued: "It's a gun."

Susanna Reid suggested: "It's so she can continue shooting insults at you."

Piers added: "As gun crime in this country begins to tick up."

He replied: "They're not metaphors. They're things that kill people."