Piers Morgan famously stormed out of the ITV Good Morning Britain studio in March following heated discussions about Meghan Markle’s Oprah interview. He later quit, and since then, people have speculated who might be taking place on the morning news show.

Jeffrey Archer appeared on the programme on Thursday and became involved in a debate with presenter Ben Shephard and former Labour advisor Ayesha Hazarika about the party’s future.

Viewers have since been discussing the possibility of Jeffrey becoming the new Piers.

Taking to Twitter, one said: “@GMB Jeffrey Archer on fire! Should be Piers’ replacement!”

Another viewer commented: “Archer… bound to be next week’s ‘guest presenter’ ain’t he…. #GMB.”

“What a breath of fresh air Jeffrey Archer was on today’s show,” a third said. 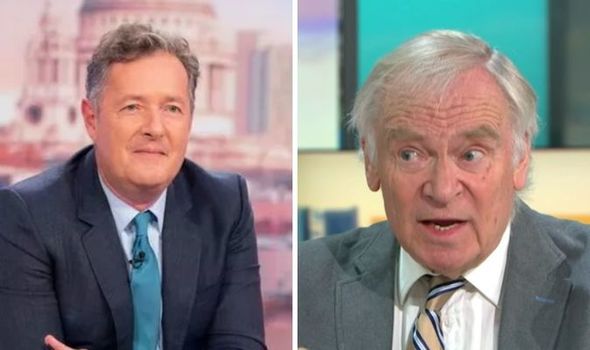